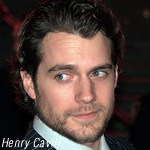 Zack Snyder has found his Superman, casting English actor Henry Cavill as the Man of Steel for a new feature film due out by the end of 2012.

The 27-year-old actor is best known for his role on the Showtime historical drama The Tudors, though he also has appeared in numerous movies including Matthew Vaughn’s Stardust.

The Hollywood Reporter states that Cavill had been a contender for the role from the start, and beat out for the role Matthew Goode — who played the superhero Ozymandias in Snyder’s adaptation of Watchmen.

Fans are already abuzz over the choice — in particular whether an English actor can play the American icon. Others are bemoaning the passing over of Smallville star Tom Welling and Brandon Routh, who played the role in Bryan Singer’s 2006 version, Superman Returns.

Snyder, whose next film is the March release Sucker Punch, is working with The Dark Knight director Christopher Nolan on the overall direction of the film.

The Superman movie is being made under a tight deadline: The heirs of Jerry Siegel have successfully reclaimed his half of the copyright to the earliest Superman comic book material and the estate of his collaborator, the late Joe Shuster, plan to reclaim the other half in 2013. If Shuster’s estate is successful, Warner Bros. would be unable to continue to exploit the Superman character without permission from and payment to the creators’ estates. Warner Bros. and the Siegel estate are currently litigating the copyright termination in federal court.

Superman first appeared on the screen in animated form in the classic series of shorts produced by The Fleischer Studios in 1941. He since has appeared in countless live-action and animated versions, as well as having been continuously published by DC Comics since his debut in 1938’s Action Comics #1.