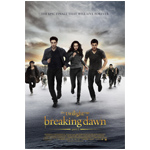 The vampires and werewolves of Breaking Dawn Part 2 had a field day at the box office this past weekend. The final outing of the record-breaking Twilight series brought in a estimated $141.3 million, exceeding the $138.1 million of last year’s Part 1, but falling slightly behind the series’ record of $142.8 million set by New Moon. Meanwhile this final edition of the vampire saga made over $340 million worldwide over the past few days.

Daniel Craig’s brooding James Bond continued to bring in audiences to theaters, as Skyfall landed in the number 2 spot, with a $41.5 million weekend in the U.S. upping its total to $161.3 million in two solid weeks. The Sam Mendes-directed blockbuster finished the pre-Thanksgiving weekend with a spectacular $669.2 million, making it the top-grossing James Bond movie of all time.

Disney’s well-received animated feature Wreck-It Ralph had another winning weekend Stateside with a $18.3 million in ticket sales. The number-four movie at the U.S. box office has made over $121.4 million in the U.S. and $35.7 million in several other territories. However, heavy-duty competition will arrive on Wednesday when DreamWorks’ much-anticipated holiday movie Rise of the Guardians opens nationally on November 21. 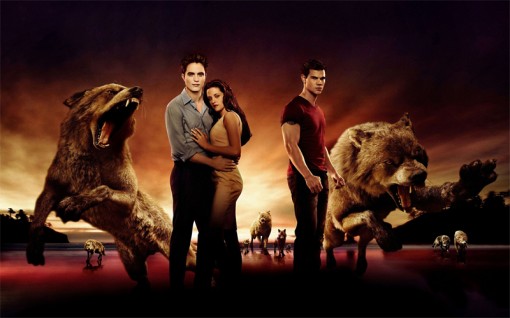