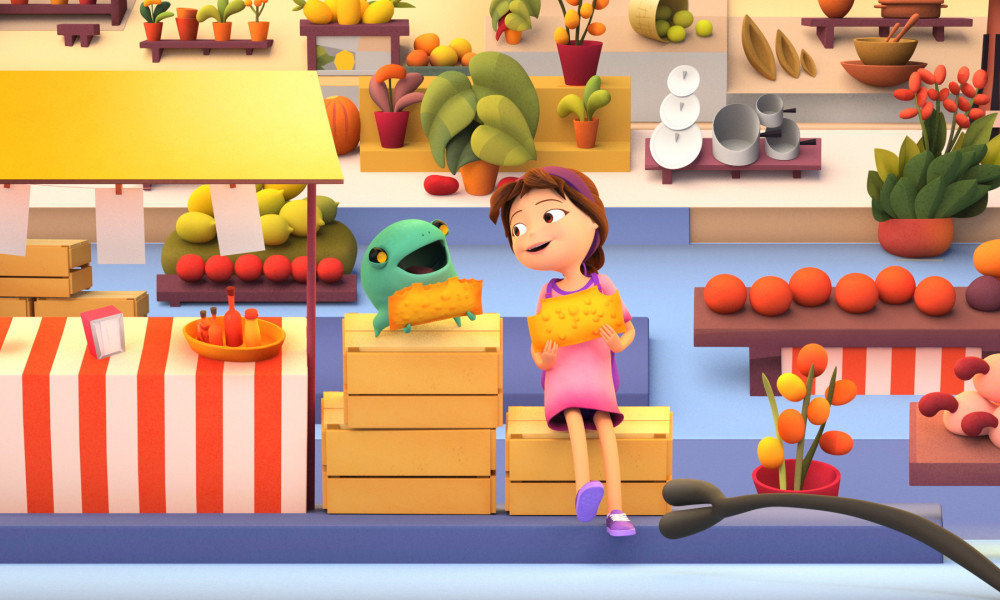 When Brazilian animation veterans Kiko Mistrorigo and Celia Catunda founded their prolific studio TV PinGuim back in 1989, their goal was to create educational shorts for some of Brazil’s top channels. Now, more than 30 years, numerous productions and several successful animated shows such as Fishtronaut and Earth to Luna! later, the studio is making a smooth transition to the feature space — rebranded as Pinguim Content.

“We started the company with the goal of creating and producing animated TV shows Also, animated shows were the popular media at that time, so we knew this was the best way to get closer to our audience, especially in Brazil,” explains Mistrorigo. “But at some point, we started feeling the need to create longer and more complex stories. So, the first film we did (which was released in 2018), was actually based on our very well-known TV show Fishtronaut. It was a great experience and we realized how rewarding it was to work on a film, compared to a series. On a feature film you can take more care of the details and work much calmer, scene by scene. So we decided to keep producing feature films, but we wanted to go in different directions, not just on films that were spinoffs of our series.”

One of the studio’s feature ventures is Tarsilinha, which is based on the colorful work of Brazilian artist Tarsila do Amaral. “She is the best-known painter of the modernist movement in Brazil,” says Catunda. “It also caught our attention that kids are passionate about her work as well. Our idea was to create a film where the audience would feel themselves inside her fantastic world. We started the production 10 years ago, but it took us a long time finding financing for the production, so we had many interruptions. Although it was hard, every time we got back to the production, we found a renewed vision for it.” 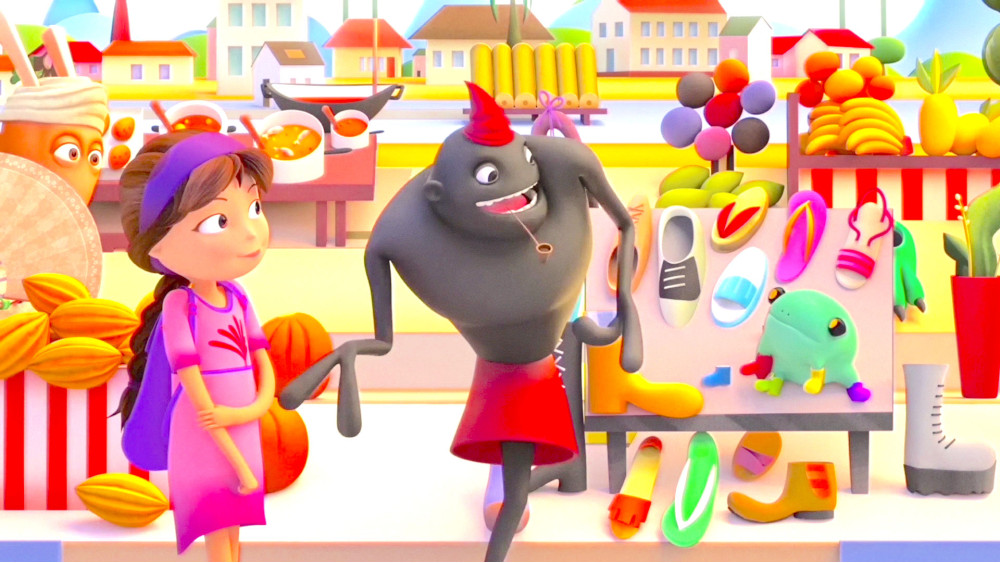 Catunda and Mistrorigo love the fact that their movie features many magical Brazilian characters that are inspired by legends and stories passed down by their country’s indigenous population, early African inhabitants and Portuguese ancestors. “This unique combination is a strong presence in Brazilian identity and an intrinsic part of the film,” they point out. “Abaporu, the being in this film which swallows Tarsilinha and her friends, literally means ‘man eater’ in the Tupi-Guarani language and came to symbolize the Brazilian Anthropophagic [artistic] movement. Abaporu represented the idea of devouring the different cultures that make up our country and producing something new, unique and authentic.”

They also mention that the film deals with memory and how each and every idea, thought or moment is registered in common history. “When that story is erased, so is the identity of that individual,” says Catunda. “In the same way, the identity of an entire people can be erased, if their cultural memory isn’t preserved. And this was one of the primary points of discussion among Brazilian modernists in the 1920s, who felt that their country needed to embrace its culture and values, and not continue attempting to reproduce European culture.”

The studio is also busy working on Nihonjin, an adaptation of an acclaimed novel by Brazilian author Oscar Nakasato about a 10-year-old Japanese-Brazilian boy who learns about the life and history of his Japanese immigrant grandfather. “Like thousands of Japanese immigrants, Hideo came to Brazil in hopes of becoming wealthy and returning to Japan,” says Mistrorigo. “The film shows us a conflict that is very present in all families that immigrated to another country, where the elders are stuck in their original culture while the younger ones want to belong to the local society and reject their family’s origins. At the end of the day, it is the young descendants — the children — who have the capacity to be the bridge between cultures.”

The duo says the film’s intense images and special art direction will allow audiences to travel between the past and present of the family of Japanese immigrants to Brazil. “The animation will be 2D, with brush strokes and textures reminiscent of Japanese culture,” notes Catunda. “The backgrounds are inspired by the work of Japanese-American artist Oscar Oiwa. It will be a film to be contemplated and enjoyed in its smallest details, which will make children and adults thrill with the beautiful images and with a strong story identified by all immigrant families and their descendants.”

The studio will use Toon Boom and Maya to create a special look that brings the texture of the paintings to the animation in a 3D environment. According to the producers, about 120 people are expected to work on the ambitious project. 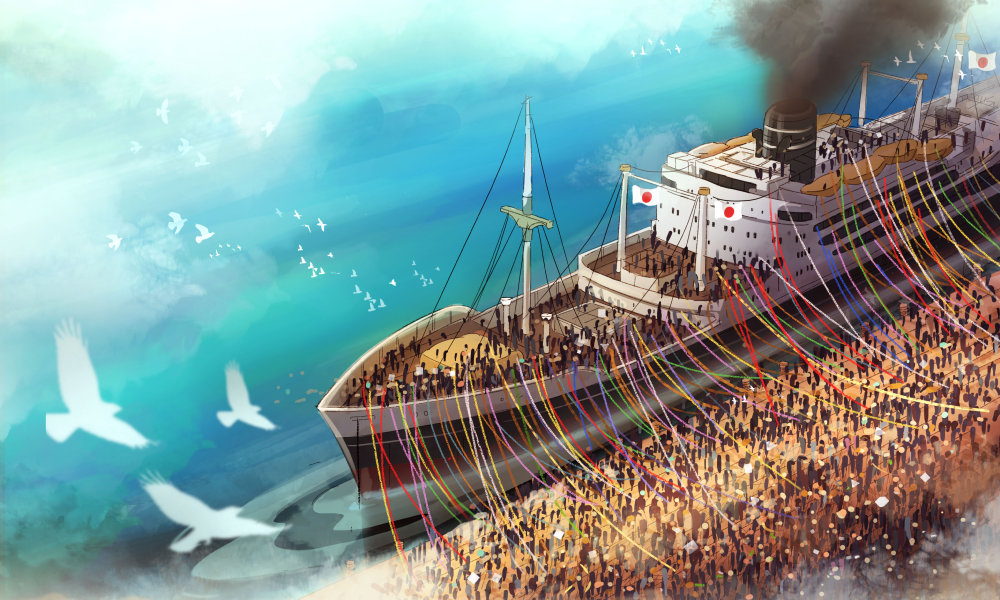 The Pinguim Content principals admit that the past two years have been quite challenging for their team. “It has been a hard time for all, but after a year and a half working from home, we can say that technology has done a good job!” says Mistrorigo. “It’s great that we could continue working. We miss the presence of everybody, especially during our creative meetings and we are planning to start a hybrid way of working as soon as we can.”

“Our challenge is to keep creating new and fun characters and stories,” says Catunda. “We want to keep the studio busy with a mix of series and films. We are working hard on our animated feature Nihonjin and finishing the seventh season of Earth to Luna!. We also plan to start production soon on The Boo Inn, a new series we’re developing with Discovery Kids and Little Airplane Productions.”

As the dynamic duo continues to work on their TV shows and movies, they hope to continue meeting with new collaborators, producers and creators who share their passion to bring entertainment, music and knowledge to children all over the world. “We believe in animation as a vehicle for positive messages that contribute to the common good,” concludes Catunda. “We love to work in a medium where creativity is the boss and where the collaboration of every member of the team is important.” 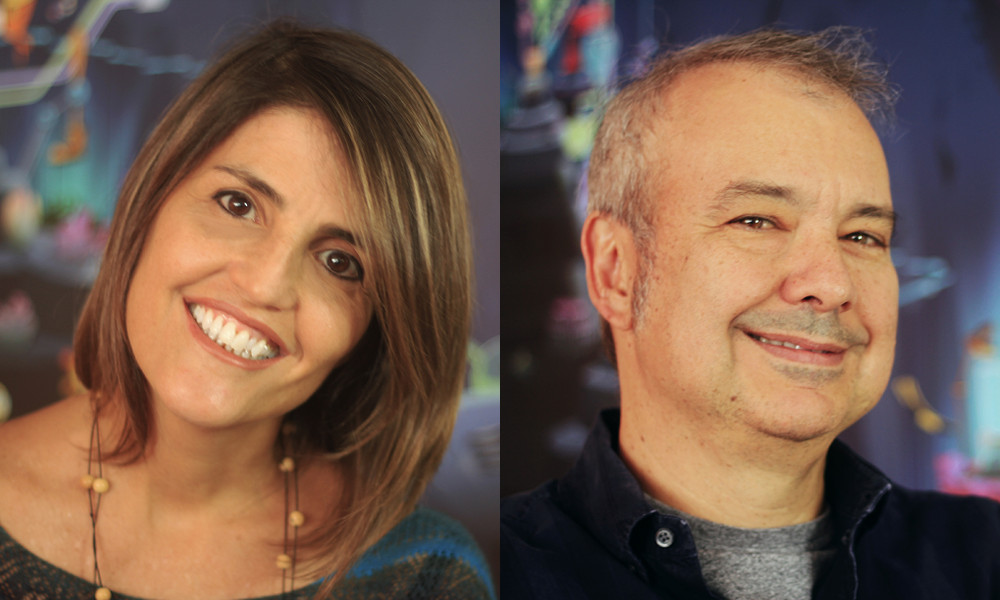