GKIDS has released a fresh trailer for the internationally acclaimed animation feature Boy and the World from Brazilian director Ale Abreu. The multi-award winning film, which was honored with the Annecy Cristal for best feature this summer, will have an Oscar qualifying run in New York and Los Angeles starting December 11.

Cuca’s cozy rural life is shattered when his father leaves for the city, prompting him to embark on a quest to reunite his family. The young boy’s journey unfolds like a tapestry, the animation taking on greater complexity as his small world expands. Entering civilization, industrial landscapes are inhabited by animal-machines, with barrios of decoupage streets and shop windows, and flashing neon advertisements that illuminate the night. The story depicts a clash between village and city, hand crafted and mechanized, rich and poor – and throughout the tumult, the heart and soul of the people beats on as a song. The film’s music is on equal footing with the stunning visuals, a soundscape of pan-flute, samba, and Brazilian hip-hop mixing with the whirling carnival colors and exploding fireworks. 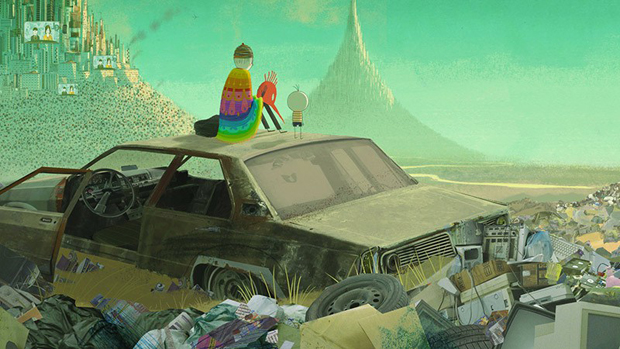 You may also like...
Related Topics:Ale Abreu, Annecy Cristal, Boy and the World, Gkids