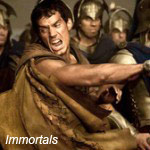 It was a good weekend for Tarsem Singh’s Immortals, the vfx-laden Henry Cavill-starrer, which was the No. 1 movie at the box office and made $32 million in the U.S. and $36 million overseas. In the third spot, DreamWorks’ swash-buckling hero Puss in Boots brought in another $25.5 million, making its total two-week domestic total to $108.8 million.

Meanwhile Steven Spielberg’s The Adventures of Tintin: The Secret of the Unicorn landed on the No. 2 spot on the foreign theatrical chart, grossing about $26.7 million from 72,440 locations in 50 markets. According to The Hollywood Reporter, the 3D motion capture feature has made over $159.1 million internationally. The adaptation of Hergé’s comic-book hero has received mostly positive reviews and closed the AFI Film Festival in Los Angeles on Thursday. Paramount will release the feature in the U.S. on December 23. 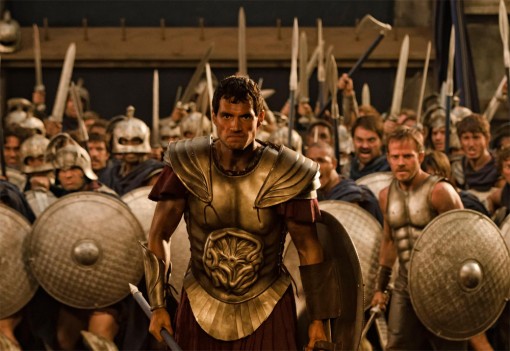 In addition to Tintin, animation fans have several new titles to look forward to in the next few weeks. Warner Bros. releases  George Miller’s Happy Feet Two on Friday (Nov. 18) against Twilight: Breaking Dawn, Part 1. Sony/Aardman’s delightful Arthur Christmas opens on Nov. 23. Then Disney offers the much-anticipated The Muppets on Nov. 25 (the same day as Martin Scorsese’s well-received 3D feature Hugo) and Fox will open Alvin and the Chipmunks: Chipwrecked on Dec. 16.