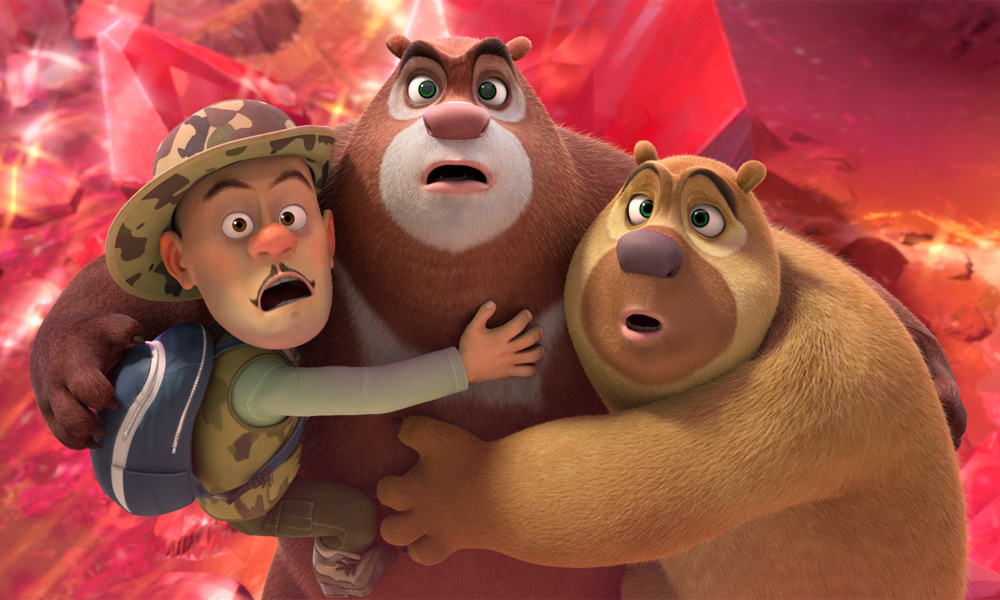 Boonie Bears: Blast into the Past

Leading Chinese feature CG studio Fantawild has found further success with its sixth theatrical outing, Boonie Bears: Blast into the Past. Having premiered on February 5, the first day of Chinese New Year, the franchise flick has continued to draw audiences and has surpassed 675 million CNY (over $100 million USD) as of February 21.

Boonie Bears: Blast into the Past follows the bear brothers Briar and Bramble and their friend Vick on an accidental journey into the primitive age. On their search for the way back to the 21st century, they encounter all kinds of dangers and exotic animals like wild boars, giant turtles … and adorable pandas.

The film is the only fully-animated offering in cinemas during the holiday, ranking fourth in the overall China box office and outperforming animation/live-action movie Peppa Pig Celebrates Chinese New Year (122M CNY / $18M USD). Blast into the Past has broken the record set by the preceding film, Boonie Bears: The Big Shrink (605M CNY), also surpassing the Chinese box office of Kung Fu Panda 2 (613M CNY).

The time-traveling comedy adventure is rated 9.2 on Maoyan, a major Chinese film rating and ticket purchasing platform. This performance is only second to the Chinese sci-fi blockbuster The Wandering Earth, among all the films released in theaters during the Chinese New Year season.

Last week, Blast into the Past opened in Singapore on Valentine’s Day at Filmgarde Cineplexes. This is the first time a Boonie Bears movie had a synchronized international release. In addition, the film has been pre-sold to Canada, Latin America, Malaysia, and Cambodia.

Fantawild is bringing the film and the rest of its catalog to all the major content markets and licensing expos, including the recently concluded Berlinale Film Festival and Kidscreen Summit, Hong Kong International Film & TV Market, MIPTV, Le Marché du Film in Cannes and Licensing Expo Las Vegas in the first half of 2019.