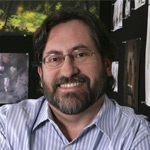 According to an item on the Blue Sky Disney blog, there have been some reports that director Bob Peterson has been taken off the 2014 Pixar movie The Good Dinosaur. The story hasn’t been confirmed by Disney or Pixar, but it’s not unusual for Pixar to replace helmers of its projects half-way through the project. Remember what happened to director Brenda Chapman during Brave‘s production process, after all.

The rumor mill is also pointing to the fact that Peterson, who also co-directed Up, wasn’t part of the film’s presentation at the much-written-about D23 Expo. It was co-director Pete Sohn who chatted with CCO John Lasseter, shared a sequence from the movie and talked about the plot and some of the characters.

The movie takes place on an Earth where the asteroid never killed the dinosaurs and the creatures thrive as excellent farmers. The lead character is Arlo, a lively 70-foot-tall teenage Apatosaurus with a big heart. After a traumatic event rattles Arlo’s tranquil community, he sets out on a quest to restore peace, gaining an unlikely companion along the way—a young human boy named Spot. The voice cast includes Lucas Neff, Bill Hader, Neil Patrick Harris and Judy Greer. The dinosaur’s parents will be voiced by John Lithgow and Frances McDormand.

There is no word on who might be Peterson’s replacement as director. The Good Dinosaur was originally slated for a May 30, 2014 release. 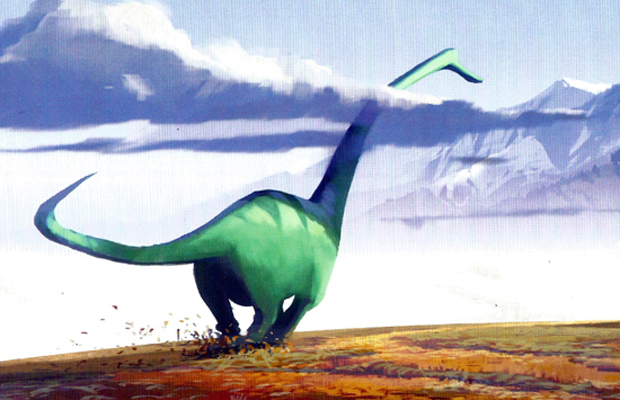