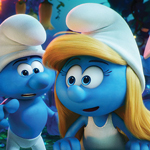 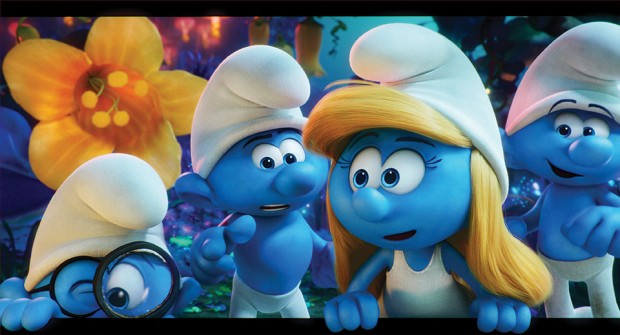 Sony Pictures Animation’s new feature Smurfs: The Lost Village goes back to the characters’ Euro comic past to craft an adventure sure to surprise even the little blue guys’ biggest fans.

Seeking to shed its reputation as a bland 1980s TV toon, Sony reinvented The Smurfs with a CG-live-action hybrid movie that sputtered at the box office with the arrival of a quickly made sequel. Back at square one, the studio changed gears to CG animation and tapping into the rich history of the Belgian comic that launched the little blue dudes to fame to come up with the original adventure feature Smurfs: The Lost Village.

Director Kelly Asbury, whose credits include Spirit: Stallion of the Cimarron, Shrek 2 and Gnomeo and Juliet, says the comic material was a new and exciting discovery. “To read about and see those comics was really what sparked me to say we need to get this back to Peyo a little more than the other films have done,” says Asbury.

Peyo is the pen name of Pierre Culliford, who created the Smurfs in 1958 and wrote and drew 16 comic book adventures starring the little blue creatures, with the studio he founded creating 15 more after his death in 1992 and continuing today. The strips became staples of children’s reading diet in Belgium, France and much of Europe, selling millions of albums and inspiring over the decades forays into merchandising and animation, including the 1981-1989 Hanna Barbera series that brought the Smurfs to America.

Asbury says he wanted the world of the movie to reflect the one Peyo put on the page, a world that was scaled down to Smurf size and told from their point of view. “That made me think of the old View-Masters, those beautiful dioramas that they would make of The Flintstones or Bugs Bunny or Popeye, where they dimensionalize these 2D characters,” he says. “I thought, since this movie is going to be 3D, let’s let people climb into that View-Master world. It’s still cartoony, it’s still fanciful, but there is a sense of reality about it.”

Head of Story Brandon Jeffords says they went through at least four different versions of the story, trying to create something that both fit audiences’ expectations for The Smurfs but also doing something new. It was a Columbia exec who heard one pitch and liked one part in particular. “It was only a piece of the story, and he said, ‘No, that’s your story,’ which was kind of the Smurfette finding her purpose,” Jeffords says.

That lead to a screenplay by Stacey Harman and Pamela Ribon about a lost village of girl Smurfs, answering the age-old question of why is Smurfette the only female Smurf?

Going back to Peyo’s original story, Smurfette (Demi Lovato) seeks an answer after learning she was created from a lump of clay by the Smurfs’ buffoonish enemy, the wizard Gargamel (Rainn Wilson), as a trap for the Smurfs. Pursued by Gargamel, Smurfette and her friends Hefty Smurf (Joe Manganiello), Brainy Smurf (Danny Pudi) and Clumsy Smurf (Jack McBrayer) heads into the Forbidden Forest and learns the Smurf world is bigger (and more gender-balanced) than anyone had thought. The film also features the voices of Mandy Patinkin as Papa Smurf, Ariel Winter, Julia Roberts, Ellie Kemper and Michelle Rodriguez.

Among the production are some Smurfs super fans, including character designer Patrick Mate and production designer Noelle Triaureau, both of whom grew up on the comics in France.

“For us, it was always the starting point, the comic books,” says Triaureau, who along with art directors Dean Gordon and Marcelo Vignali, brought a painterly quality to the movie. “This movie because it’s more of an odyssey, it’s more of a trek, figuring out signature colors for locations was really helpful for us. Also there’s a signature color with a few main characters.”

Translating the Smurfs to full CG animation was both easy and difficult. “Fortunately, the Smurfs are designed with a dimensional quality in mind,” says Asbury. “If you look at Peyo’s roughs, before he did the line work with his pen, they were actually very sketchy and shaded, and you really got a sense of dimension from his drawings.”

The biggest problem turned out to be the Smurfs’ eyes. Peyo drew the eyes together, as a single white shape. Early designs separated the eyes, but the characters didn’t look right. Animation supervisor Alan Hawkins says a few mockups that put the eyes together made the creative decision to go that way easy, even as it complicated the technical side of things.

“We wrote out a bunch of maps and a bunch of mattes that would allow us to create sort of different looks and different shadow densities as the eyes came together,” says CG supervisor Mike Ford. “We just kind of worked around it and tried to get a really good esthetic that, again, always leads back to Peyo.”

In figuring out how Smurfs move, Asbury went back to Mickey Mouse, whose design is similar to Smurfs’, and the shorts The Brave Little Tailor (1938) and Mickey and the Beanstalk (1947). Hawkins says the animators studied Mickey’s performance in the Brave Little Tailor, even rotoscoping it to dissect the specifics of the timing. “You really see the shapes,” he says. “Once we got this figured out it really informed a lot of the rest of the film as far as the general timing goes.”