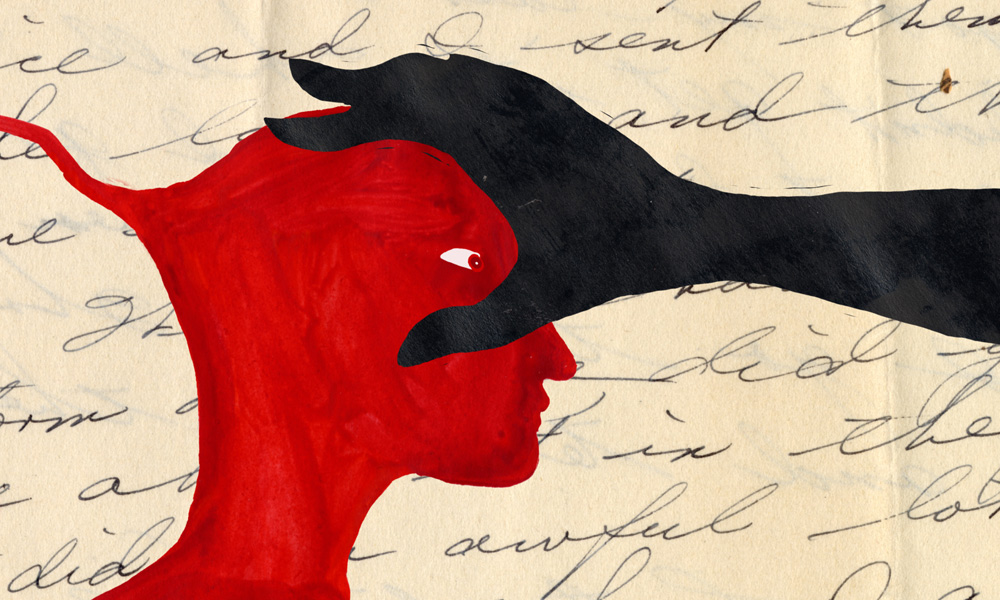 Artist, filmmaker, animator and educator Christine Panushka has completed her first feature-length film, Blood of the Family Tree — which is also her most personal project to date. The 63-minute film uses rhythm and movement to explore “questions of connections, hidden family history, disease and our ties to the past,” and will have its world premiere in September at the Ottawa International Animation Festival.

Panushka’s award-winning short films, which include The Sum of Them (1985) and Nighttime Fears and Fantasies: A Bedtime Tale for a Young Girl (1986), investigate what she describes as “internal states of being and the female psyche using stillness and small gestures to describe emotional and spiritual states.”

Visual artist William Kentridge described his own films as “chasing the image,” a creative approach Panushka readily applies to her own work. “I think it’s a perfect phrase to describe a particular sort of art practice,” she says.

A graduate of the CalArts Experimental Animation Program, Panushka became associate director of the program in the 1990s, and has served on the faculty of the John C. Hench Division of Animation & Digital Arts at USC’s School of Cinematic Arts since 1997. She is perhaps best known for directing and curating Absolut Panushka, the groundbreaking online experimental animation festival sponsored by Absolut in 1996. Conceptualized by Debra Callabresi, the website was the first of its kind, featuring a history section authored by Dr. William Moritz and artwork and animated shorts by 24 international masters of animation, including Jules Engel, Ruth Hayes, Faith Hubley, Kihachirō Kawamoto, Amy Kravitz, Lejf Marcussen, Priit Pärn, Maureen Selwood and Steven Subotnick. 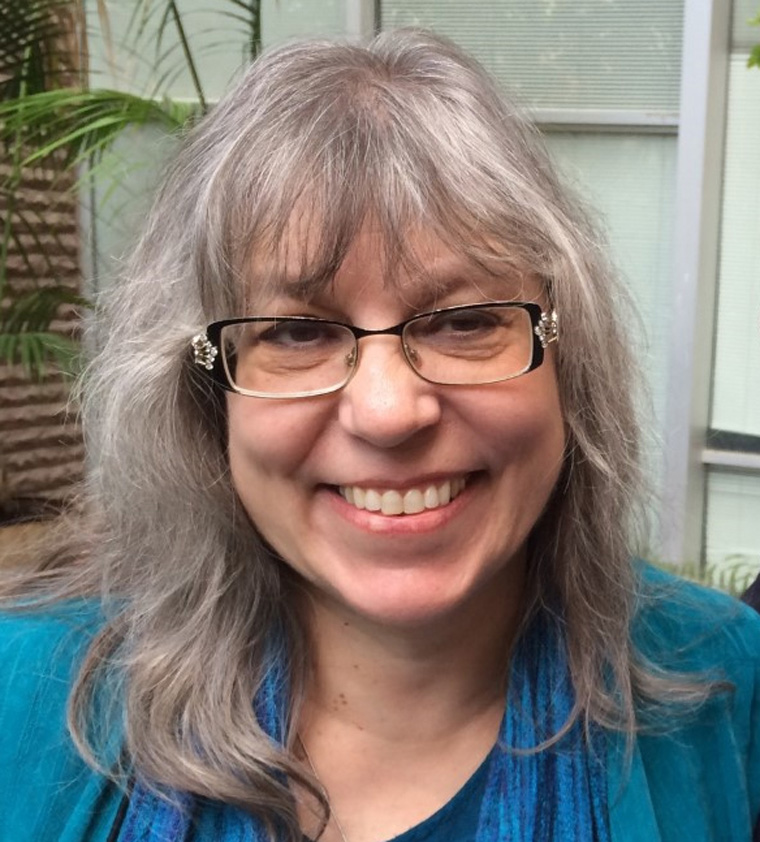 Lewis Klahr’s experimental feature, Sixty Six (2002-2005), which is comprised of a dozen “episodes” that work together as a whole, particularly served as inspiration for Blood of the Family Tree, Panushka noted during a wide-ranging interview that covered everything from her creative process to her involvement in the Center for Visual Music, a nonprofit film archive dedicated to visual music, experimental animation and abstract media.

During the gestation period for Blood of the Family Tree, which Panushka had initially envisioned as a short film, she began developing imagery for the project, but “it just didn’t work,” she said. “So when I saw Lewis’ film Sixty Six, where he took a bunch of his short films and put them together in a very specific order, it became clear to me and I had the idea that I could do short films that were different but would be looking at different aspects of the content and the theme, and I could also play with abstraction and these different sets of imagery I’d been working with and sound. So there was a lot of space to play with image and sound in this film, and I really enjoyed it.”

Hand-drawn and hand-colored over the course of several years, Blood of the Family Tree uses imagery of blood cells, bones, knots, lace, trees, roots and handwritten text, as well as grandmothers, ancestors and what Panushka calls “keepers” and “watchers” to represent “issues of inheritance, physical and cultural mores and traumas sited within the body.” 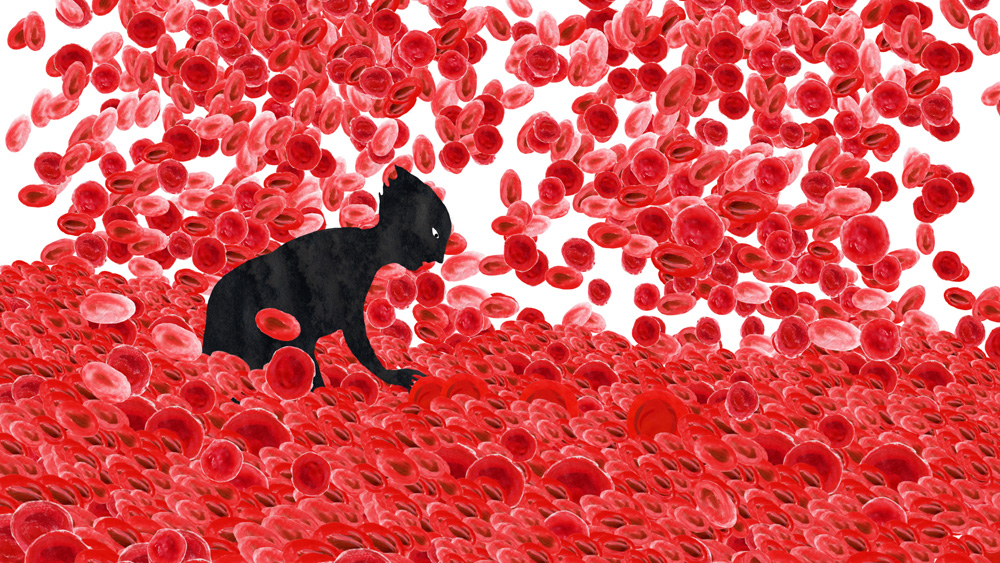 Following a diagnosis for a rare blood disorder, Panushka delved into her family history, discovering that the condition had been passed down in her family through generations of women. “The film is a struggle to understand the past and its effect on the present,” she states, pointing to studies that suggest the existence of trauma as a genetically inherited trait.

“Trauma is not only passed down through culture, but also genetically. That’s recent research,” she says. “So I started thinking about that and how culture gets passed down, and how that affects people’s lives, how it affected my own life. We all have all these ancestors and history and all this stuff that’s happened behind us that we don’t necessarily know about that we are living with and reacting to.”

Blood of the Family Tree consists of 14 stand-alone shorts that cohere around the film’s central themes. Each short film “has something unique to itself, but also has echoes of the other films,” says Panushka, who carefully considered how to organize the material in order to sustain a coherent trajectory. 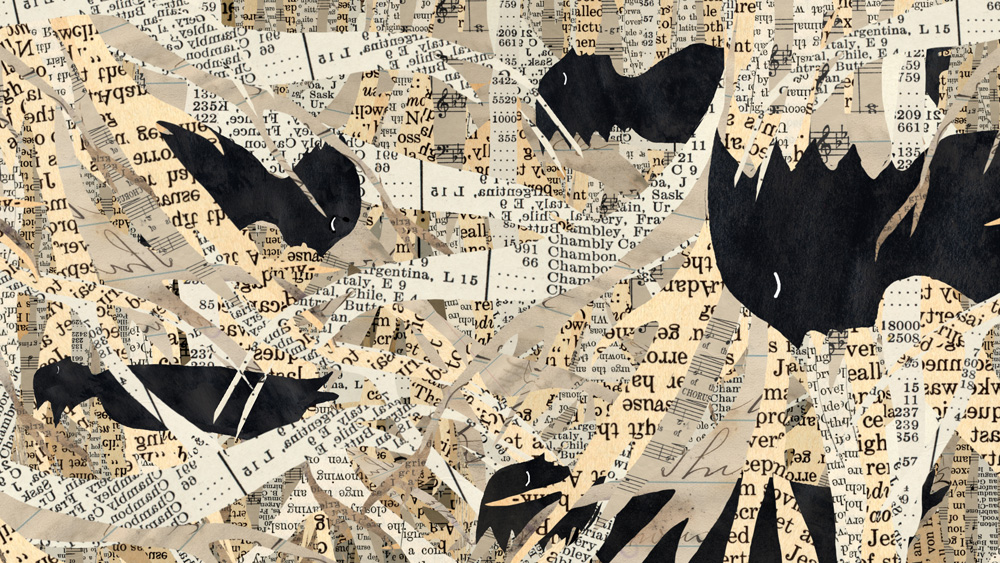 “Each little film has a premise, and then an examination of a particular set of imagery and ideas, and then a small resolution,” she outlines. “Then, at the very end, there’s a large resolution, like a coda.” The film’s ending employs both imagery and gesture and movement to provide an explanation for what has come before.

Blood of the Family Tree showcases a range of musical styles and soundscapes written by Serbian composer and guitarist Miroslav Tadić, a former CalArts classmate and current faculty member. The duo previously collaborated on Panushka’s iconic short film released in 2002, Singing Sticks, a folkloric dance that tells the tale of a centuries-old secret ritual and was entirely created using hand-carved rubber stamps.

“When Christine contacted me to do the music for Blood of the Family Tree, she already had a well-developed idea of the soundtrack,” says Tadić. “There were to be five major musical areas in the film and she supplied me with existing pieces that she felt contained the right mood and rhythm. The pieces were distinctly different in style, orchestration and overall vibe.”

“The music all came afterwards, and that’s Miroslav’s brilliance,” Panushka recalls. “There were just a few tiny, tiny places where we had to slide in maybe 10 frames so the beat wouldn’t be weird. But he did all the music later. There was a singer and violinist, and Miroslav did all the guitar work.” 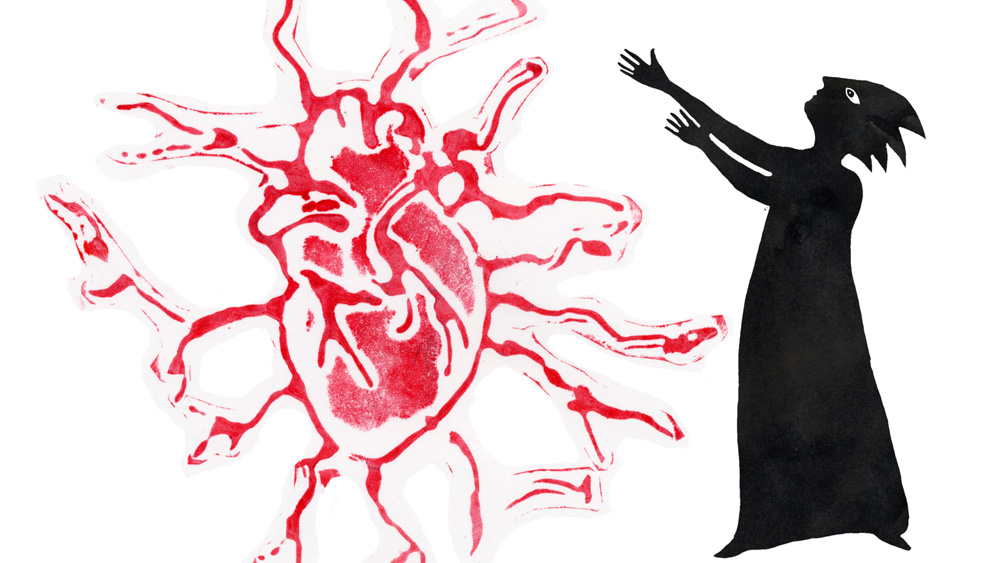 Panushka’s primary objective was to create a work of animation that uses complex cinematic structures to tell a personal story, “illustrating the connective tissue that binds humanity to history,” she explains. “Part of the experimental approach to this piece was to think of it as an artwork made by one person, completing all of the animation myself and with no assistants.”

One of the tools that made this solo effort possible was Adobe After Effects, which Panushka credits with enabling her to complete the film in just three years. “I’m a huge fan of After Effects,” she enthuses, noting that she’s still speechless about how much one can get done in an hour. “With 16mm and 35mm film, it would take two or three months to develop any sort of complexity or even simple imagery,” she says.

“Animation is hard and has a hellish aspect when you’re in the middle of production because it can be really tedious,” she adds. “That wasn’t the case with this film. I like sitting down and cutting things out in Photoshop, going in and making sure all the little edges are cleaned up, if that’s what I wanted. Doing all the stuff that I could’ve given to someone else to do was really satisfying.”

‘PAW Patrol: The Movie’ Embarks on Digital with Exclusive Bonuses
Tommy & Crew Toddle Back to Paramount+ for Season 2, Halloween Special