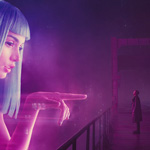 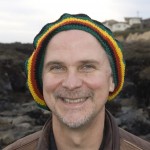 Fans of Ridley Scott’s classic movie Blade Runner (1982) have been anticipating the sequel, which arrived in theaters last month, for quite a while. Given the fact that the first movie is considered one of the best-looking sci-fi movies of all time, it’s not surprising that the vfx aspects of the new movie play a crucial role in the success of the project. To produce the 1,200 vfx shots for Blade Runner 2049, Oscar-winning vfx supervisor John Nelson (Gladiator; I, Robot; Iron Man) tapped a highly skilled team of artists and technicians from Double Negative, Framestore, UPP, BUF, MPC, Rodeo FX, Atomic Fiction and Territory Studio, who worked on the project for two years.

“Someone asked me, ‘How does it feel to be delivering?’” recalls Nelson. “I said, ‘I feel like Sandra Bullock in Gravity.  I’m coming back to Earth after a long trip out there!’”

The sequel, which is set 30 years after the original film, brings back Harrison Ford as the government-sanctioned replicant assassin Rick Deckard and introduces a host of new characters portrayed by Ryan Gosling, Robin Wright, Jared Leto, Ana de Armas, Sylvia Hoeks, Dave Bautista, and Mackenzie Davis. Taking over the director’s chair from Ridley Scott, who serves as an executive producer, is filmmaker Denis Villeneuve (Sicario).

“Usually with Denis, I reviewed things in the cut and gave him two or three options. Denis, Roger Deakins [cinematographer], James Deakins [Deakins’ wife], Dennis Gassner [production designer], Bill Carraro [executive producer] and I, all said in the beginning that, ‘We want to keep it as grounded as possible. It’s not just a big splashy visual effects movie.”

As with Sicario and Arrival, storyboards illustrated by Sam Hudecki were pivotal in composing shots. “Denis and Roger worked out all of the big sequences on storyboards and we stayed close to them,” explains Nelson. “We would vary sometimes, but not that much. The storyboards were the precursors to the previs where we would input real lenses and say, ‘That looks like a 40mm or 32mm.’ For the big CG extensions or full CG environments, it was important to be talking about real-world lenses. Denis knows what he wants in his head, so shooting with him is straightforward. There’s not a lot of coverage that you end up not using.”

Aerial director of photography Dylan Goss designed a customized housing for helicopters to hold six ARRI Minis so to get six 3.4K overlapping images that could be stitched together for 180 degrees. “We would look for overcast skies to shoot our plates and for the most part we got them. We shot aerials of Mexico City doubling for Los Angeles and did massive CG extensions on top of that. Denis was enamoured with Brutalist architecture so we put in top-heavy buildings with overhangs into the city.  Then we shot in Iceland as well.”

“Cities are made from billions of decisions made by millions of people for hundreds of years,” notes Nelson. “For us the two big cities are Los Angeles and Las Vegas. Los Angeles is brutal. It snows a lot because global warming has gotten so bad. There’s a big event that makes Las Vegas uninhabitable. It has a futuristic patina that is also incredible and heavily augmented. It’s a heavy 3D environment. Syd Mead was involved in designing some of Las Vegas, which was fantastic. We actually lowered the streets to get these huge canyons and then we talked about even atmosphere to the horizon. We looked at a lot of different references from London in fog to various cities in the world with heavy pollution.”

Volume renders for the fog simulations were treated on a shot-by-shot basis. “One size did definitely not fit all because you would have a good visibility for a close-up or medium shot and for a wide shot you would have to cheat it a little bit more open, otherwise you wouldn’t be able to see five feet,” remarks Nelson. “But then you would get these amazing striking images of things coming out of the fog, which we liked. We were dialing all of it. I remember one big volume render of Las Vegas with Framestore where we literally marched all the way through in ZBrush.”

“We have some wide and tight shots so we had to balance how much of that even choking atmosphere could be seen,” explains Nelson. “We would constantly be taking detail out of the skies and make it chokingly even, as if the atmosphere has been building up for a long time. Then at night it would be mostly lit by practicals such as signs. We had such a drone and ad presence that the ads would volume light up the atmosphere.”

Nelson points out that the Wallace building is two and half times the size of the Tyrell pyramids. “In a world that virtually has no sun, Niander Wallace is so rich that his interior lighting emulates the real sun and moves,” he says. “Roger Deakins was adamant on this. We have a big CG shot in the Records Library where we shot on a small stage. Roger had a maquette built [by the art department] which was eight feet long and roughly the shape of the architecture; he lit it so we could see this big beam of travelling light. The lighting pass of the maquette was what we put into our CG lighting.”

Just as in the first movie, high-tech ads are a prominent part of the cityscape. “Instead of having blimps [as e in the original Blade Runner] we have drones projecting ads all the way down a city block,” states Nelson. “For our holograms, we shot real people and mapped them onto a volume of that same person. By lighting them in different ways and putting different types of shells on them in 2D and 3D we were able to do some cool stuff.”

New technology was created to produce a back facing shell that allows the viewer to see through the hologram to the backside. “We have holograms all the way through and some of them were for famous people,” adds Nelson. “We have a hologram of Elvis that BUF did in Paris. We had some medium close-ups and worked until the last day to get that right.  There’s an element of verisimilitude and an element of performance that needed to be correct.”

The biggest tasks were getting the cities and holograms visually correct as well as using the effects well to tell the story. “The Sea Wall is this huge scene at the end of the movie,” states Nelson. “The oceans have come in and stopped at the 405 freeway. Getting all of that together and have it look correct was a huge challenge. We helped out on 20 big beats. One of the things that I’m happiest about is that we tried to stretch the look. We used matte paintings in 2D and 3D where you map 2D on to 3D, shoot as much as you can shoot, and put it back on top. We even used miniatures in certain instances. You start on a big scene that might be a Mexico City landscape with CG added onto it and by the time you get into the destination it’s a 1/48 scale miniature for a huge building.”

Subtle details were key to the success of all the visuals, but something more was also at play. As Nelson explains, “One of my favorite scenes is this woman who makes memories and K [Gosling] asks her, ‘What makes a good memory real?’ She answers, ‘People think it’s all about detail but it’s not. It’s about how you remember and the emotion that you feel.’ You can talk about visual effects in the same way.”