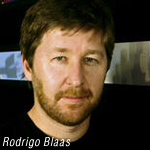 Rodrigo Blaas is in talks with DreamWorks Animation to turn his short film Alma into a feature film with Guillermo del Toro as executive producer, according to The Hollywood Reporter.

Blaas has worked with Pixar on a number of features including Finding Nemo and Up. His deal is expected to call for him to write and direct the feature about a girl who is drawn into an enchanted toy store only to find that it wants to turn her into the latest addition to its collection.

Del Toro, award-winning director of Pan’s Labyrinth and the Hellboy movies, signed on about a month ago as a consultant at DreamWorks Animation.

You may also like...
Related Topics:Blaas', DreamWorks, Feature, Short Alma