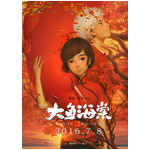 B&T Studio’s Big Fish & Begonia — an inventive, indie hybrid of Studio Ghibli-inspired 2D and CG animation — has marked a second triumphant week at the local box-office in China. The film has held onto the No. 2 spot with $69 million after 10 days of release, making it the second-highest-grossing locally produced animated feature of all time.

Big Fish & Begonia is outranked only by last year’s smash-hit CG epic, Monkey King: Hero Is Back, which itself did not reach such a high slot in the weekly box-office rankings during its release and took didn’t reach the $50M mark for three weeks, but ended up with a domestic box-office total over $150M.

Directed by Liang Xuan and Zhang Chun, Big Fish & Begonia is an artistic labor of love 12 years in the making, which was finally completed when its record-breaking crowdfunding campaign attracted the attention of Enlight Media, which funded the film’s completion. Studio Mir (The Legend of Korra) came on board in 2014 to help wrap up animation production. The film’s budget was approximately $4.5M.

Big Fish & Begonia draws on the magic of Chinese folklore to tell an original, fantastic tale. The story is set in another world, invisible to human eyes, and inhabited by other beings who can control time, weather and the seasons. This world’s sky connects to the bottom of our world’s ocean, and human souls appear like whales swimming across the other sky. The otherworldly girl Chun is the “begonia” of the tale, and a human boy named Kun is the “big fish.” Amidst the immortal characters and mythic events, the ultimate Romeo & Juliet story plays out between opposite realms of existence.

The Chinese box-office is also favoring China-U.S. co-production Rock Dog, which opened the same weekend as Begonia. Despite playing less frequently than the all-local film, Rock Dog has managed to stay in the top 10. The CG-film is directed by Ash Brannon (Toy Story 2, Surf’s Up) and produced by Reel FX, funded by Huayi Brothers. The film’s release has been complicated by local business rivalries, allowing the unusual indie Begonia to easily steal the spotlight from Rock Dog, which boasts the largest budget of a Chinese-funded animated film ever.

Big Fish & Begonia has picked up a number of awards around Asia and was presented at the 50th Annecy festival’s Work in Progress program, but as yet no North American distributor is on board. On the other hand, Rock Dog is targeting a late 2016 U.S. release, with an English voice cast featuring J.K. Simmons, Luke Wilson, Eddie Izzard and Lewis Black. The film follows a young pup growing up on a rural mountain who dreams of moving to the big city to pursue his dreams of music stardom. 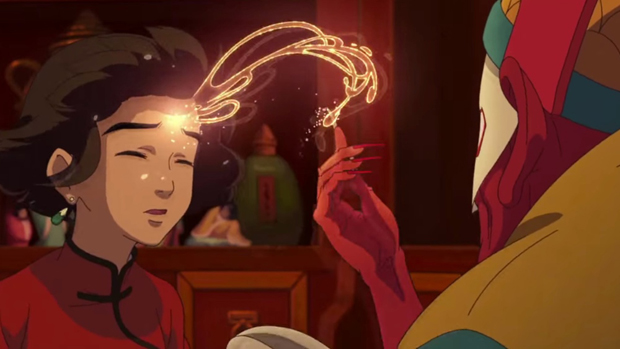