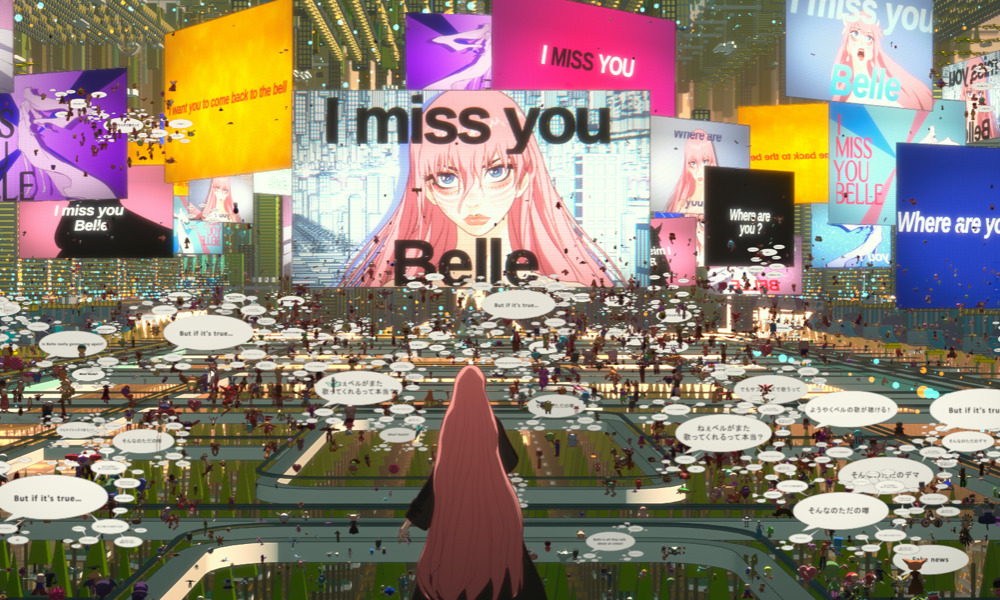 Chance Huskey, Director of Distribution for GKIDS, told Deadline that Belle is also the top-grossing original anime feature note based on a TV franchise since 2020’s Weathering With You ($8M). All three films have been brought stateside by the shingle.

The exec added that music-filled modernization of Beauty and the Beast is proving a popular topic on TikTok and Twitter, and GKIDS anticipates repeat viewing, especially for the new English-dubbed version. All theaters are screening both subtitled Japanese and dubbed versions. And in spite of the Omicron surge amid teens and young adults, the film is performing especially well with Gen Z audiences between 13 and 24.

The projected $2.04M for Monday (Martin Luther King Jr. Day) puts Belle at No. 6 at the North American box office. The film has a 95% rating on Rotten Tomatoes across both critics’ reviews and audiences

An original story written and directed by Hosoda (Summer Wars, The Girl Who Leapt Through Time) and produced by his Studio Chizu, Belle centers on a shy high school girl living in a rural village who escapes to U, a massive virtual world where she exists as the gorgeous diva Belle. When she encounters a monstrous avatar, it sets her on a quest to uncover the true identity of the “beast” — and her own.

Hosoda’s first IMAX release, Belle was a hit in Japan ($57M to date, released July 16, 2021), topping the box office chart for three consecutive weeks despite seating caps and curfews and becoming the director’s highest-grossing film ever, beating The Boy and the Beast‘s lifetime gross.

The pic made its world premiere at Cannes, receiving a 14-minute standing ovation, and debuted in the U.S. at New York Film Festival. Belle is nominated for five Annie Awards, including Best Animated Feature – Independent, and is one of 26 animated features eligible for the Oscars.