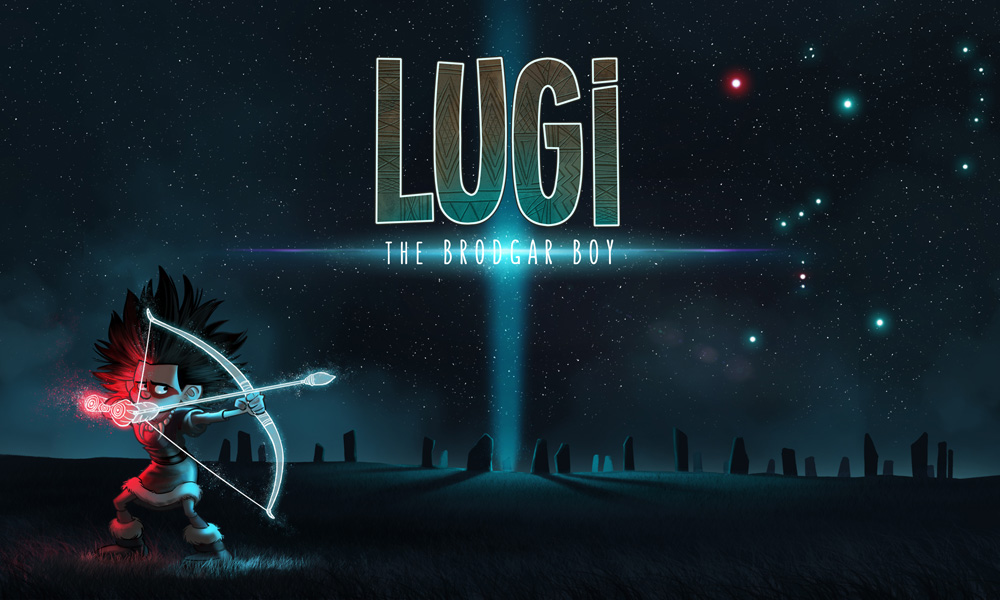 ALT Animation has secured development funding from Creative Europe for its animated feature film project Lugi – The Brodgar Boy, becoming the only animation company in the U.K. to receive the Single Project Development award in the results published in May 2020.

“I am delighted that ALT Animation have been successful in their application to the Creative Europe MEDIA sub-program,” said Rosie Le Garsmeur, Creative Europe Desk Manager for Northern Ireland. “The Single Project Development call is extremely competitive, so it’s wonderful to see a Northern Irish company awarded the grant and it speaks to the potential of this exciting project to reach and connect with audiences in Europe and beyond.”

ALT Animation was one of 10 animation companies from across Europe to secure the prestigious award, and will now look to use the funding to develop the animated feature film with the support of Northern Ireland Screen.

“This news speaks volumes of the strength of their application in the face of competition from all across Europe,” commented Richard Williams, Chief Executive of Northern Ireland Screen. “We wish the entire team at ALT Animation every success as they embark on bringing Lugi – The Brodgar Boy to the big screen.”

Lugi – The Brodgar Boy is a feature-length animated adventure set in Neolithic times on the mystical Scottish islands of Orkney. The film tells the story of a young disabled boy who must unite his people in order to defeat the evil forces that threaten to cover his world in darkness. Aimed at a family audience, the film will tell a compelling, action-packed story within a truly unique setting that deals with universal themes of acceptance and self-belief which will be relatable to audiences all around the world.

The film will explore some of the mysteries surrounding Orkney’s most ancient monuments, such as the famous settlement of Skara Brae and the iconic Ring Of Brodgar: sites that predate Stonehenge and the Pyramids of Egypt and suggest that these islands were the epicentre of human existence 5,000 years ago. The story of Lugi, a boy born with one arm into a mystic and ritualistic world, will be woven around real archaeological evidence to create a fun and action-packed family-friendly animated adventure for the ages.

The project is the creation of writer/illustrator and native Orcadian Alex Leonard, and has been optioned by ALT Animation, who have already secured interest from a number of award-winning studios around Europe who will bring their collective skills and experience to bear on the development and production of this exciting project.

ALT Animation will look to tap into the strong tradition of European co-operation on animated feature films that has seen titles such as My Life as a Courgette and Song of the Sea enjoy international success for a fraction of the budget of the features from the major U.S. studios.

The feature film represents ALT Animation’s first foray into the development of animated features and are looking forward to making the transition from broadcast to the big screen.

“We are thrilled to receive this support that will help us realise our ambitions to take our stories to a global cinematic audience,” said Tim Bryans, writer and producer from ALT Animation. “In these uncertain times, we are delighted to be able to embark upon such an exciting project and we hope that Lugi is just the first of many animated features that we can produce on these shores in the coming years.”

ALT Animation is a production studio based in Belfast, formed by Andrea McQuade, Lee McQuade and Tim Bryans in 2016. They are currently collaborating on projects with clients such as Avalon, BBC Studios, Milkshake! and BBC, as well as developing their own slate of animated properties with studios all around the world. It was one of the first animation studios in the U.K. to receive funding from the BFI’s Young Audiences Content Fund for their preschool series The Hearios, which was successfully pitched at Cartoon Forum 2019. They are currently closing the finance on the stop-motion animated series as well as beginning production on Adastra’s new 52-part preschool series Mimi‘s World, commissioned by Channel 5’s Milkshake.