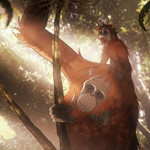 “It is amazing how many parents and children have told us that Kensuke’s Kingdom is their favorite book. The story has real staying power and that is down to the memorable characters and resonant themes Michael Morpurgo has woven into it. We are really looking forward to using the magic of animation to translate this novel into a spectacular and heartwarming big screen adventure for audiences of all ages. We can’t wait to begin,” commented the directors.

Storyboarding and main animation production will take place in London at Lupus Films’ studio, overseen by Deakin and Fielding, with additional animation and coloring at Melusine in Luxembourg overseen by Roelants, and compositing, VFX and post-production at Windmill Lane in Ireland overseen by visual effects head Ciaran Crowley.

Bankside will launch sales for the title at the Cannes Film Festival this month. Production is expected to begin this fall.

“Kensuke’s Kingdom is an incredibly special story which has so much relevance to the world we live in today,” said Stephen Kelliher of Bankside Films. “Adapted from first class source material, it comes from a world class creative team who will execute the animation exquisitely, delivering a moving story which will resonate with audiences young and old.”

Kensuke’s Kingdom tells the story of Michael, who is stranded on a remote Pacific island when a storm washes him overboard during a family round-the-world sailing trip. Struggling to survive and knowing he and his dog won’t last long, Michael realizes that someone has been watching over him and helping him stay alive. This mysterious stranger, a Japanese man named Kensuke, reluctantly allows Michael into his world. But something threatens to destroy the fragile world Kensuke has createdon the island, and the unlikely friends must use all their courage, skills and resourcefulness to save it.

Screenwriter Cottrell-Boyce said, “Kensuke’s Kingdom has everything you wish for in a thrilling adventure — storms at sea, shipwrecks, lost islands, mysterious strangers and majestic animals. But it’s got something more. In the end it’s a story about our fragile environment and how we can protect it. It comes along at a time when young people are more aware of this than ever.”

“Of all the books I have written, it is Kensuke’s Kingdom that without question remains the most well-loved. And now it is to be an animated film for which Frank Cottrell-Boyce has written a wonderful screenplay that reflects the spirit of the story, with its strong message of the importance of reconciliation and friendship, and of living in harmony with our fellow creatures and with the world about us,” added Morpurgo. “It is certainly an ever more relevant story. And this is animation film-making and writing at its best, bringing to the story great emotional power. They have taken the best of the book and made it better. I am sure this will be a remarkable film that millions will love. I can’t wait to see it!”

Executive producers for Kensuke’s Kingdom are Bill Godfrey, Courtney Pledger and Tim Morris. Associate producer is Anna Webster. Co-producers are Jigsaw Films, Lupus Films, Melusine Productions and Windmill Lane Pictures. The film will be a co-production between the UK, Luxembourg and Ireland. Development of the project has been supported by the BFI, Film Fund Luxembourg and Ffilm Cymru Wales. 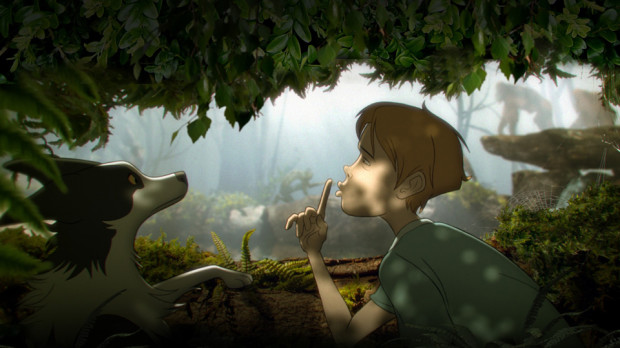