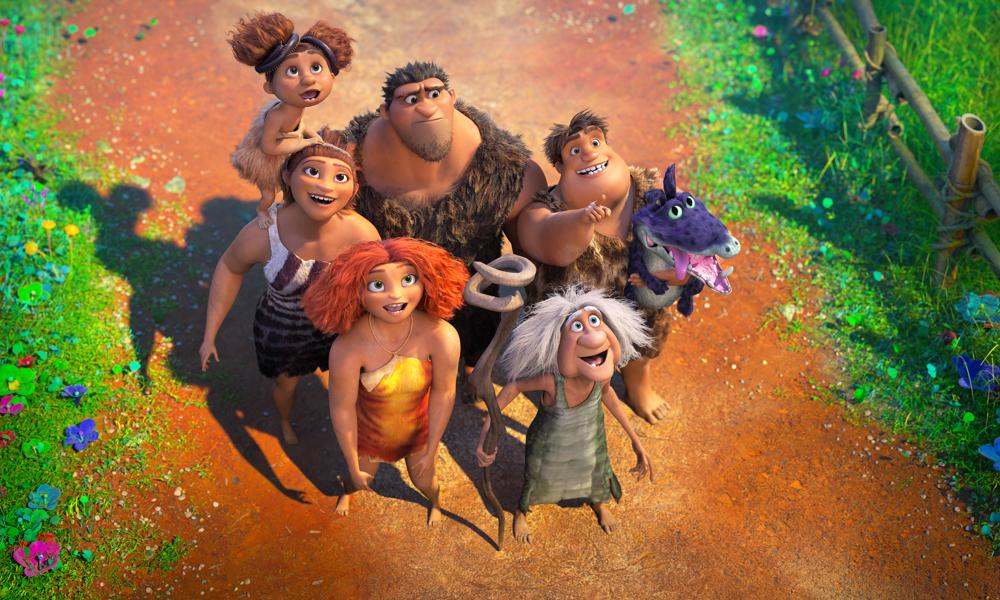 When DreamWorks Animation’s The Croods was released in spring of 2013, audiences around the world embraced the film’s lovable prehistoric family and their wacky world. Directed by Chris Sanders and Kirk DeMicco, the colorful film went on to make over $587.2 million worldwide and received both Oscar and Golden Globe nominations. This holiday season, audiences can catch up with Grug, Ugga, Eep, Thunk, Guy and Gran in a new sequel, in which the family sets out to find a safer place to live and come face to face with another human family.

The Croods: A New Age is directed by Joel Crawford, a DreamWorks veteran who worked on Trolls and the Kung Fu Panda franchise, and is produced by Mark Swift (Captain Underpants: The First Epic Movie, Madagascar 3: Europe’s Most Wanted). During a recent phone interview, Crawford talked about the rewards of helming a new chapter in the lives of characters he fell in love with about seven years ago. 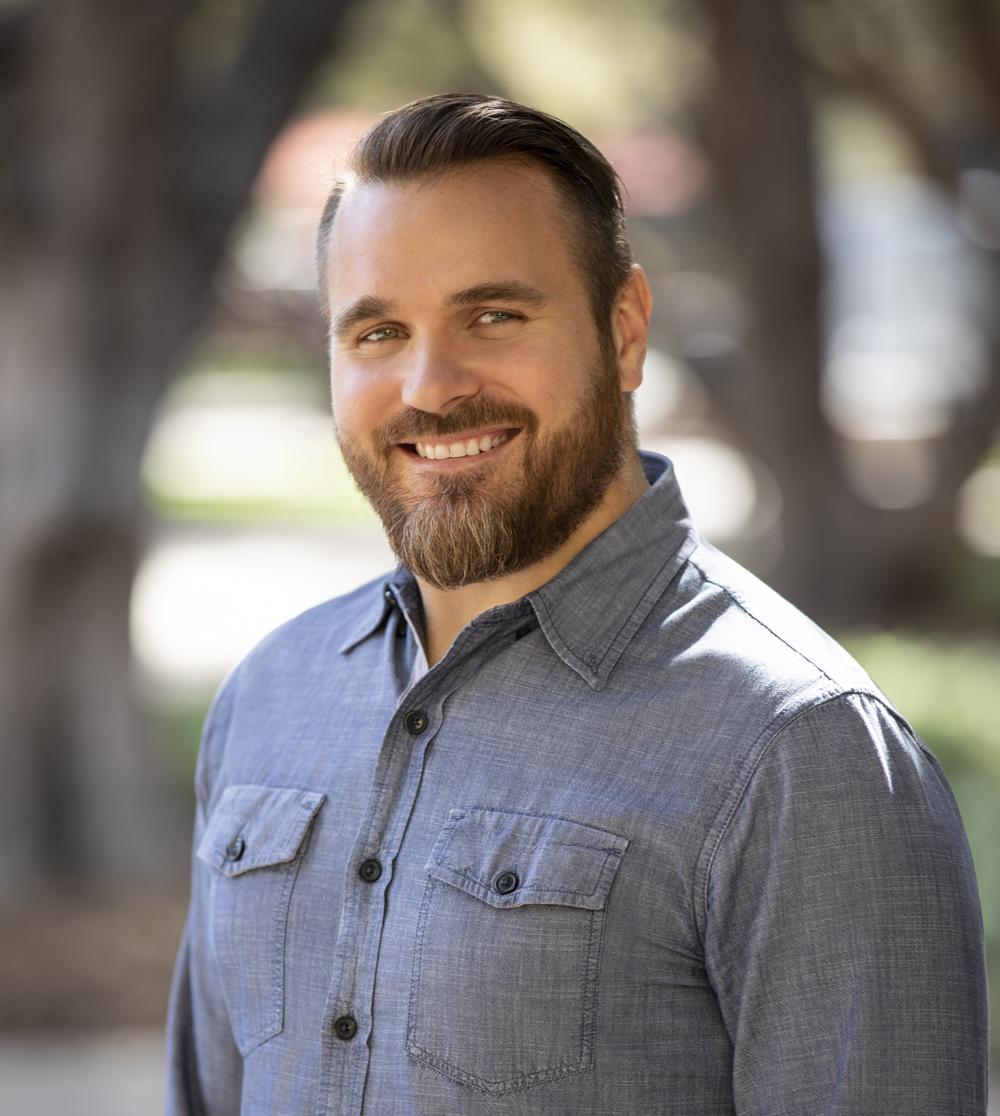 “I was a huge fan of Chris Sanders and loved the characters and the world that Chris and Kirk DeMicco had created in the first movie,” says Crawford. “When I was given the opportunity to direct the sequel, I felt it was my duty to approach the movie as a fan, knowing which things I wanted to see more of — to treat it as a big celebration that this family is back. Something that was very helpful to me was that Chris Sanders was kind enough to give me notes on the early version of the script. He gave me the handoff, and I was able to retain his sensibility while adding my own take on his vision.”

Among the many things that excited Crawford about the movie was that it picks up where the audience left the characters at the end of the original outing. “We see how the relationship between Eep and Guy grows from puppy love into a real one,” he notes. “The world around them is changing and the family dynamics is also evolving, and we all know that Grug doesn’t deal with change very easily. It’s hard for him as a father to see his little girl grow up, but he has accepted Guy as part of his pack.”

Crawford says in the past few years, many elements of the scripts changed and evolved, but the heart of it all stayed the same. “The fact that the Croods were going to meet another family that was more evolved than they were was part of the script in one of the earlier drafts of the script,” he says. “But the relationship between Eek and Dawn, the daughter of the other family, changed. There was actually jealous and catty, and had a love triangle with Guy — but that seemed very formulaic. And when you come think of it, Eep has this wide-eyed curiosity, so we felt that she wouldn’t be jealous of another girl her age. She would celebrate her and see their differences as a great thing. So, we had a lot of fun emphasizing the girls’ friendship instead of having it be about Guy.”

The director mentions that he also loves that the film is set in such a crazy and fantastical era, which is dubbed the Croodaceous period. “The background and the whole set piece which is the Earth during this time between time — is so fantastic and epic,” says Crawford. “This is a period when the world was trying to figure itself out, like an awkward teenager! So we have all these offbeat, hybrid animals to play with once again.”

Like the first feature, the movie offers a memorable collection of animals that are goofy combinations of familiar creatures, like a wolf-spider that looks a huge, ferocious arachnid but is actually sweet and endearing like a dog. “The theme of the movie is about not passing judgment on people who are different from you, as the Crood family see one thing initially, but soon realize that there is more to it than meets the eye,” explains Crawford. “For example, they come across this beautiful forest that looks like it’s full of trees with the changing colors of the fall, but then it turns out that the colorful leaves are actually a swarm of giant prehistoric butterflies that take flight. There are a lot of fun surprises like that for the audience, and they all echo the message of the movie which is to ‘Look deeper!’”

Since it has been seven years since the first movie came out, the visuals for the sequel have also advanced, allowing the animators and the technical team to fine-tune many aspects of the first outing. “Everything looks better across the board, and I was constantly amazed at what our production designer Nate Wragg and visual effect supervisors Betsy Nofsinger were able to achieve,” notes Crawford. “Our animators have so much better control posing the characters and hitting these iconic silhouettes, including the shapes of the mouths, and so many other details. They were able to add so much more subtlety and stylization that made everything much more appealing. The film’s lighting really blew me away as well. It’s incredible how rich their world can look without it being photoreal and overpowering the senses. Betsy and Nate are an amazing creative duo, and were always able to offer solutions that would help us achieve the desired looks. They constantly exceeded my expectations.” 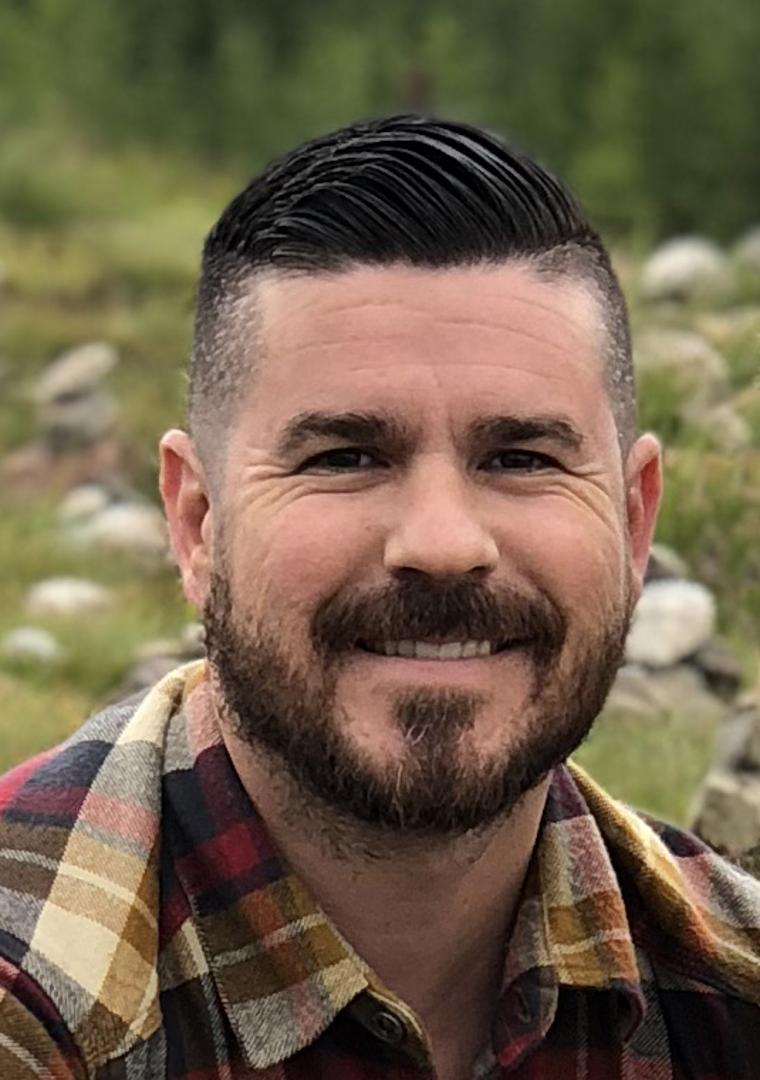 Wragg, who attended CalArts with Crawford, says he welcomed the chance to work with his old friend from college. “Joel and I had known each other for years, but we’d never worked on a feature together, so this was a fun opportunity,” says Wragg, who has worked on a wide range of movies, including Puss in Boots, Ratatouille, Toy Story 3, Mr. Peabody & Sherman and Captain Underpants: The First Epic Movie. “We were able to approach the design in a fresh way and cherry-pick everything that we loved about the first movie. We also wanted to advance the story and build upon the world that was established in the original feature. The goal was to maximize the opportunity to up the appeal and the style of this prehistoric, action-adventure fantasy, and we got to check all those boxes.”

Wragg points out that in a sequel, you have to offer something that the audience or the characters haven’t seen before. “That’s why audiences can look forward to unpredictable, surprising animal mash-ups like a cross between a mouse and an elephant, or a chicken and a seal! He adds, “Since the family is living on the road, their mobile unit could go anywhere, so we began to think about some environments that the family had never encountered before, like that butterfly forest that at first glance looks like a New England in the fall, but then it lifts up and flies away. We described their world as National Geographic magazine on steroids. For example, we were inspired by the giant thermal pools in Yellowstone park, which display a wide range of colors. But in the Croods world, we have rivers and canals with the same color palette as we suggest that maybe millions of years ago, there were many more examples of that. We were trying to create a certain amount of natural logic and rules for their world.”

According to Wragg, DreamWorks’ new, state-of-the-art renderer allowed for the film’s impressive attention to detail in terms of tactile surfacing and rigging. “Animators are able to achieve a lot more and the characters end up being more brilliant and spectacular,” he notes. “We are also able to maintain this high quality of lighting in every shot. For this movie, our goal was never to simply mimic reality. You want the audience to feel the world and these environments were tactile enough that you could just step into the screen. Our biggest challenge was to continue to maximize the appeal of the designs without reinventing the wheel. We wanted to have the best versions of Grug or Eep or Gran, but we didn’t want them to look like new characters.”

Januel Mercado, the sequel’s head of story, was also a huge fan of the first Croods feature and its directors. “Of course, the fact that the movie is set in a cool prehistoric world was a big draw for me as well,” he notes. “We all love Grug, although he can be quite an idiot sometimes, but he has a big heart, and I also like the great dynamic he has with his daughter.”

Mercado, who directed the Nickelodeon show Harvey Beaks and was story artist on movies such as The LEGO Movie 2, Trolls, Penguins of Madagascar and Turbo, says he is quite pleased with the way the creative team were able to really push the comedy in the sequel. “We took a page from comedies like Arrested Development, which are quite character-driven,” he says. “You can have a big cast of characters, and you know their points of view, and what they want or are thinking about. Oftentimes, great comedy comes from the characters’ reaction shots to things that happen to them or others. Of course, there are serious dramatic elements woven in as well.”

Mercado says it was really important for him and the rest of the team to make sure the movie was ultimately a really fun ride. “Not only do we want the audience to be emotionally engaged with the characters and their plights and relationships, but we want them to relate to the film on the simplest levels — to just kick back and enjoy the colorful, whimsical prehistoric landscape, all the animals and the fun family adventure.”

Crawford also credits DreamWorks for being one of the last animation studios that has its whole design and production pipeline in house. “Nothing really compares to having a meeting with the animators and throwing out ideas and acting and joking together,” says Crawford. “I love that collaborative experience. Even when we had to switch to the work-from-home model because of the pandemic, everybody worked through the challenges and we were able to finish the movie and use technology and communicate remotely. It’s really impressive to witness how animation has been less affected than other parts of the entertainment field in terms of production. People can now move and live in other parts of the country or the world and still work remotely on the same project.”

The helmer wraps the interview by summarizing the heart of the story: “Our movie is about two different families who realize that their future is brightest when it’s shared together,” Crawford concludes. “I think that’s a very sweet and timely message about embracing each other despite our differences. I also hope everyone laughs a bunch when they watch it with their family and friends. Finding and embracing joy is something that we all definitely need right now.”

DreamWorks Animation’s The Croods: A New Age opened in select theaters on November 25 and will arrive on PVOD in December. The movie reportedly made over $1.85 million in its first day of release (playing in only 2,211 U.S. theaters due to the COVID-19 pandemic).  The film went on to gross $14.2 million over the five-day Thanksgiving holiday weekend, according to studio estimates Sunday.

You may also like...
Related Topics:DreamWorks Animation, featured, The Croods: A New Age
Geographic Region:Worldwide