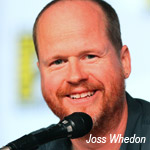 Avengers is turning out to be a gift to Disney shareholders — one that looks to keep on giving.

The studio announced that Joss Whedon will return to write and direct the sequel to the Marvel superhero blockbuster — by far the biggest-grossing movie of the year with $1.4 billion in ticket sales — the same day it reported third quarter revenue was up 4 percent to nearly $11.1 billion for the quarter and profits up 24 percent to $1.8 billion over the same quarter last year.

“We had a phenomenal third quarter, delivering the largest quarterly earnings in the history of our company,” said Robert A. Iger, Chairman and CEO of The Walt Disney Company. “Earnings per share were up 31% over last year, driven by growth in every one of our businesses. We also delivered record earnings per share for the first nine months of our fiscal year, and we believe our results clearly demonstrate Disney’s unique value proposition and great potential to deliver long-term growth.”

Disney’s bottom line was boosted by increased attendance at its theme parks, which were revved up by the opening of California Adventure’s Cars Land, based on the Pixar animated films. Overall studio entertainment revenues were flat, with the success of Avengers offset by declining home entertainment revenues. Cable networks and broadcasting revenues both showed strong increases.

Disney announced Whedon’s taking on Avengers 2 is part of an exclusive deal the filmmaker has signed with Marvel Studios that will run through June 2015. The deal also will see Whedon help develop live-action TV series for Marvel Television and contribute creatively to other Marvel feature movies.