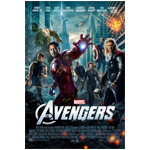 In addition, The Avengers was expected to cross the $1 billion threshold at the global box office on May 13, its 19th day in release. This is the first Marvel Studios film and the fifth Walt Disney Studios release to reach this important milestone. As one of only 12 films in history to gross $1 billion, it joins Pirates of the Caribbean: Dead Man’s Chest, Alice in Wonderland, Disney/Pixar’s Toy Story 3, and Pirates of the Caribbean: On Stranger Tides on Disney’s list of billion-dollar films. The studio announced last week that a sequel is in development. (Shocking!)

Tim Burton’s much-hyped Dark Shadows didn’t fare as well. Tepid reviews (42% on Rotten Tomatoes) resulted in an estimated $28.8 million in the U.S.. Two other family movies are continuing their hold in the Top 10. Sony/Aardman’s Pirates! Band of Misfits made about $3.1 million (total box office of $23 million) at No. 5, while Disney’s family documentary Chimpanzee was at No. 9 with a $1.7 million weekend, and a cume of $25.7 million.

Next weekend, fan boys will be checking out Universal’s aliens-attack feature, Battleship (directed by Peter Berg), which has already opened in many territories overseas and brought in $200.1 million. Then on May 25th, Sony will release its summer alien extravaganza, Men in Black III. We’ll have to wait until June for the big summer animated movies, DreamWorks’ Madagascar 3: Europe’s Most Wanted (June 8th) and Disney/Pixar’s Brave (June 22nd). 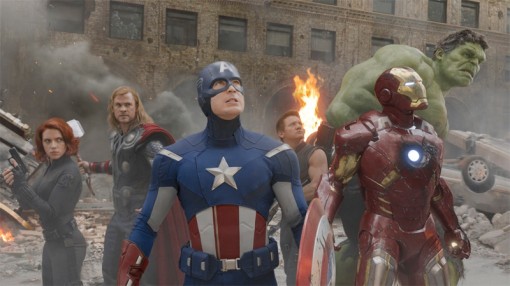