It’s the second coming of the Avengers, and movie theaters and moviegoers across North America are prepping to make the Marvel movie sequel a massive hit.

Avengers: Age of Ultron is the sole major theatrical release of the week — no surprise there — opening in more than 4,200 cinemas.

Written and directed by Joss Whedon and based on the long-running Marvel Comics series created in 1963 by Stan Lee and Jack Kirby, Avengers: Age of Ultron is earning solid reviews that glow just ever-so-slightly less than those for the first Avengers film.

Critical aggregation site Rotten Tomatoes has the film rated at 75 percent positive, while Metacritic gives the film a score of 67.

Having seen the film ourselves, it will no doubt please the millions of fans of the ever-expanding Marvel Universe as this movie turns up the volume in just about every aspect. Fans of the comic book series will no doubt thrill to the arrival of such well-known characters as Quicksilver and Scarlett Witch, the villainous Ultron and the synthetic Vision. The effects are top-notch and Whedon manages to do the seemingly impossible by giving every character attention and finding unexpected yet honest humor in even the most grim of superhero battles. If there’s a criticism to be had, it’s simply a feeling of familiarity and perhaps sameness — a Marvel house style, as comics art fans would call it — creeping in around the edges.

The film has already scored big at the box office, having opened in many overseas territories as early as April 22. That foreign total now stands at an impressive $255 million heading into the domestic bow this weekend, suggesting the film has a shot at topping Furious 7 as the year’s top-grossing movie to challenge the first Avengers for No. 3 on the all-time worldwide box office rankings. 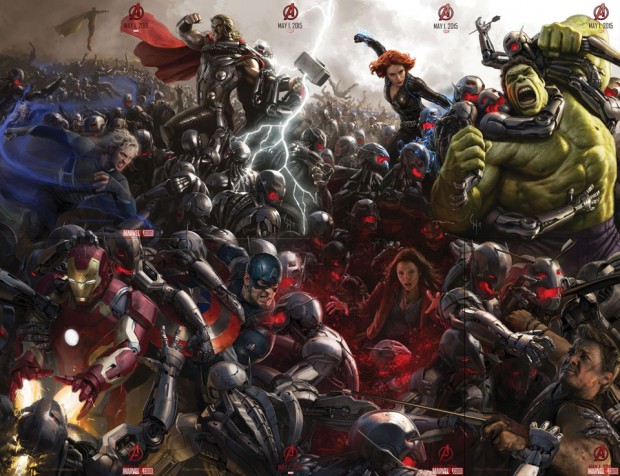