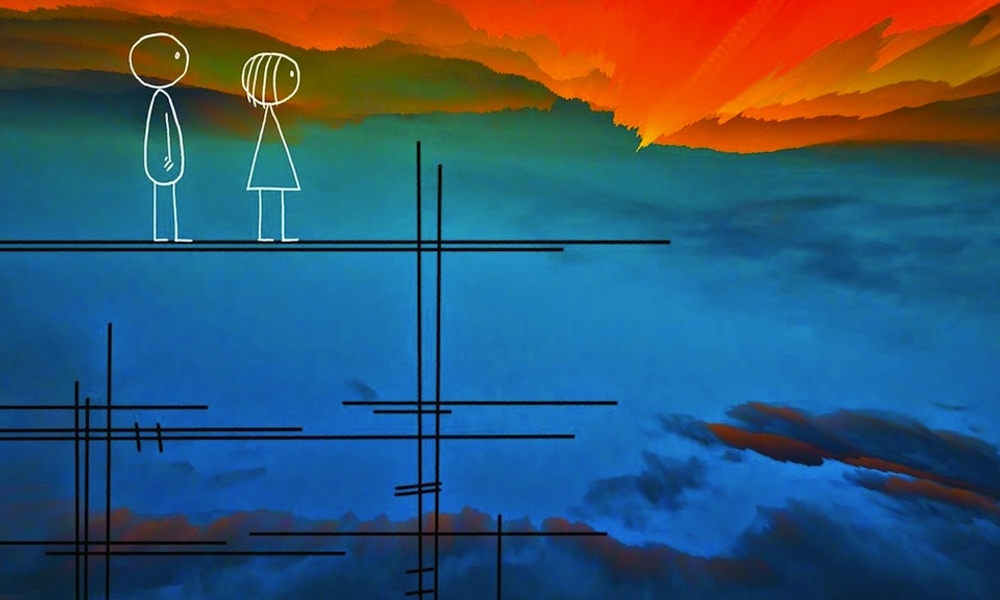 Making It Happen: Dan Hertzfeldt’s World of Tomorrow trilogy is the perfect example of completely original, indie animated features made outside the studio system.

So, you think you have the next great animated feature film idea and want to play in the big leagues?

To get your idea produced by a major studio, you’ll need to come up with your own recipe that includes at least two of the following ingredients: 1. Lots of connections, 2. Lots of money and 3. Lots of luck!

Truth be told, no major studio wants to make your movie for you.

That may feel like a punch in the gut, but it’s the cold, hard truth. Major studios and distributors have not accepted unsolicited scripts, ideas or pitches for many decades, and probably never will. In other words, they don’t want to hear from you and are not interested in spending multi-millions of dollars of their money to produce your idea, distribute the movie and market merchandise on your behalf.

However, they may, in some cases, be open to hearing from an agent or an experienced producer (see ingredient No. 1), for a pitch session.

As can be expected, agents and experienced producers are not free. In fact, they can be downright expensive (see ingredient No. 2). While most things in life are negotiable, if you are an unknown asking an agent to represent you and your idea in an attempt to get an opportunity to pitch to a studio, chances are you’re going to have to pay up front, pay along the way and pay well — with no guarantee of success of any kind. Additionally, you’ll need a pretty big break just to get an agent’s attention in the first place (see ingredient No. 3).

Why are experienced agents and producers so expensive and often hard to acquire on your behalf? Because they have connections (see ingredient No. 1), and could potentially be a stepping stone solution between you and a major studio. Without representation, you’ll need to refer to the original recipe listed above.

Exclusive Clubs Are Always Members Only

If you’ve been in the entertainment industry long enough, these things are probably already apparent to you. I recall seeing a bumper sticker while in California decades ago which is very applicable to the topic at hand, “If you don’t surf, don’t start.” Which is to say, this is cultural. You have to be born into it or invited by a current member. You can’t just show up at the beach with a surfboard and sunscreen and call yourself a surfer.

The Silver Lining to This Cloud

Question: Does dealing with all of this sound like fun? Why on Earth would you want to endure untold amounts of frustration while trying to overcome such insurmountable odds in the first place? If your answer is, “Because I am determined to see my movie made,” then you’re on the right track. And since you’re already on the right track, why not stay there? Why not forge your own path and do it the indie way? It’s a whole lot more fun, you don’t have to deal with the standard red tape of the entertainment industry, and you get to be in control. Isn’t that, after all, what this is all about?

Make a trailer. Produce a look book. Do your demographic research. Create your business plan with generous ROI. Raise funding through your own work efforts and by making gratuitous ownership offers to your friends, family and colleagues. Once your movie is complete, market and promote it through social media and online resources. With pay-per-click ads, you can essentially drive as many viewers to your movie site as you like — or at least as many as your budget allows. From there, you can have your movie available for rent or purchase along with a host of accompanying merchandise.

After all is said and done, if your investors receive even a small amount of profit from their investment in your movie, their only question at that point will be, “When are you making another one?”

Martin Grebing is the president of Funnybone Animation Studios. He can be reached at www.funnyboneanimation.com

Tech Reviews: Getting Immersive with the Insta360 Titan and Mistika VR
‘CoComelon’ Caps a Record-Breaking 2020