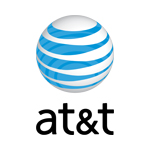 American telecom AT&T has reached an agreement to buy Time Warner for $85.4 billion, with a per share price tag of $107.50 split between cash and stock. The deal is expected by both parties to close by the end of 2017. The acquisition would instantly transform Dallas-based AT&T — the 12th largest company in the world, per the 2000 Forbes list — into a major media and entertainment player.

The new company would be headed by AT&T Chief Executive Randall Stephenson, with Time Warner Chief Executive Jeff Bewkes staying on for a period after the close to help with the transition. The combination of the phone giant’s millions of mobile users (and pay-TV subscribers through its DirecTV) and Time Warner’s raft of media brands would be formidable.

The companies intend to become the first US-based mobile phone operation to compete with cable TV by providing an online video bundle similar to pay-TV channel packages, according to The Wall Street Journal.

It remains to be seen what conditions may be placed on the deal by regulatory officials.