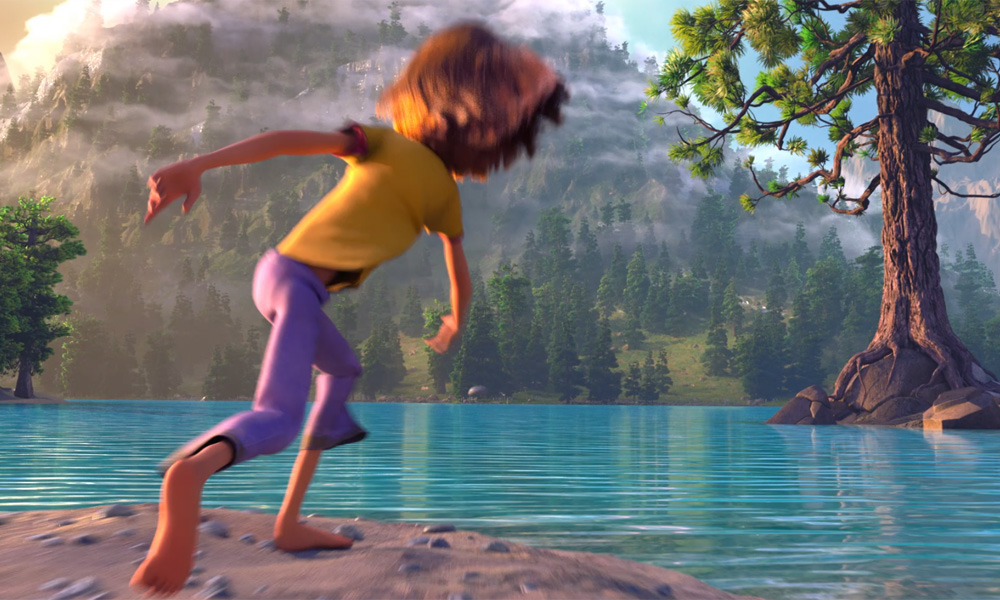 Paramount Animation recently revealed its new logo clip, which introduces a magical tween heroine called Star Skipper — conjured up by artist Christopher Zibach (Captain Underpants: The First Epic Movie, Trollhunters, DreamWorks Dragons) and set to be the new toon face of the studio across film, TV and marketing spots. The animation shows Star Skipper using her special touch to skip a stone across water, up into the sky, transformed into a shining star.

ATK PLN was tapped as the creative agency for the new logo, with Patton Tunstall leading the animation efforts as Creative Director and CG Supervisor. The team created a fully customized suite of tools, leveraging new software technology for intensely detailed simulations — such as Star Skipper’s hair, which features over 118,000 CG “strands” simulated per frame, and hyper-detailed atmospheric elements like clouds and fog.

“From a technical and design standpoint, I really wanted the hair to feel special and truly embody a sense of whimsy and empowerment,” noted Tunstall. “It’s exciting to know that young women will be able to see themselves reflected within this strong female heroine before they see a Paramount Animation film.”

The logo animation contains over 8 million instance objects, carefully collaged to capture the inherent irregularities of nature within a wonder-tinged, art-directed aesthetic. A fully customized technical pipeline was created for the production, which was largely created in Houdini and using GPU rendering in Octane.