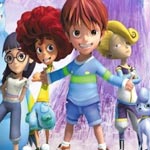 LA-based Astro-Nomical Entertainment has joined forces with Yiwen Holdings in Changsha, China, to co-produce and co-finance a CG-animated feature film working titled Adventurous Prince. Based on the best-selling children’s book by influential Chinese author Zhou Yiwen, the picture is slated to release in early 2021 around the Chinese Spring Festival holiday.

Film industry veterans Jay Ahn (The Nut Job) and Chris Henderson (Return to Never Land) will lead the production from the US. Liu Zhijiang (Monkey King: The Great Sage Returns) leads the production from China. As a co-director and producer, Zhou Yiwen will be actively collaborating with the Hollywood team from a creative perspective.

“We are very excited to collaborate with director Zhou, the best-selling Chinese children’s book author, to co-develop and co-produce a globally appealing feature film. It is sure to be a guaranteed hit in China because the book has become a huge brand and is currently expanding into a TV series in China. We have learned that the story of the book series is universal to kids and families, for a global audience. Astro-Nomical’s know-how and experience in developing and producing global content offers significant value in this market,” said Ahn.

“The traditional relationship where Hollywood companies outsource to Chinese animation companies is quickly evolving into a more collaborative relationship, with co-production, co-finance, and co-distribution collectively aimed for a global market. With high-quality projects flowing in both directions,” said Henderson, “we very much appreciate that we have a unique opportunity to bring our storytelling approach to collaborate with director Zhou, on The Adventurous Prince.”

Zhou Yiwen has created fairy tales such as The Adventurous Prince, Moore’s Manor, Bara La Nui, The Armor Warrior, The Hero Sal, and many others. His works have become the top three children’s books in history with cumulative sales of more than 30 million copies, and over 100 million fans. A series inspired by The Adventurous Prince, currently has over 200 million views on Tencent.

The author/director stated: “As long as you believe, the fairy tale world must exist and the film would express its core culture. Love and dedication are universal values that the film advocates. All my life, I have been trying my best to create a wonderful fairy tale world for my children. I hope that they will have more vision and yearning for the fairy tale world. Learn to love when you’re young. I am certain, together with our co pro partner Astro-Nomical, that we can bring a new visual feast and a wonderful fairy tale experience to children and families around the world.”

Yiwen Holdings, a kids’ content leader in China, has a wealth of original IP for children. Best-selling children’s literature including Adventurous Prince, The Magic Princess and Pandora’s Planet. Yiwen’s core competence ranges from the original IP content creation to film, television animation production and offline entertainment, such as operation of the Magic Papa indoor theme park. 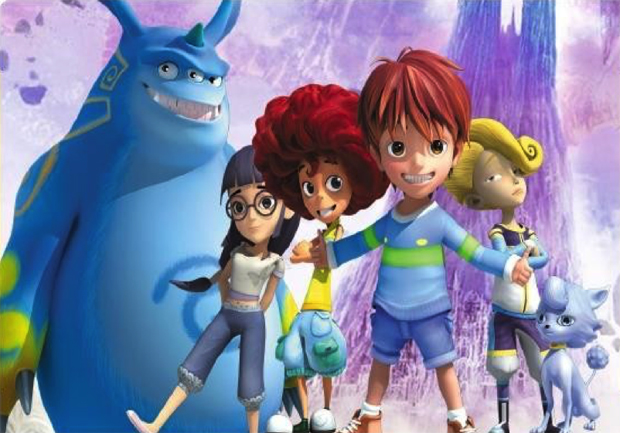 Sony Slates Animated ‘The Mitchells vs. The Machines’ for 2020
Michael B. Jordan Starring in Rooster Teeth’s ‘gen:LOCK’