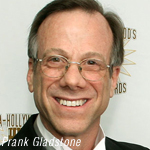 There’s been a changing of the guard at ASIFA-Hollywood, with president Antran Manoogian and VP Tom Sito stepping down and Frank Gladstone stepping in as his successor.

Also joining the group’s board is Jerry Beck as the new vice president and Jeff Wike as treasurer. Bill Turner returns for another term as secretary.

Gladstone said in a statement that he is making it a priority to give all studios and animation crafts a voice in the group, inviting members to join the executive board, and revising the voting structure of the Annie Awards. The latter comes after extensive criticism of the Annie Awards in recent years, in which strong showings by DreamWorks Animation titles led to the withdrawal of Disney and Pixar as sponsors of this year’s awards.

“Though I’ve been part of ASIFA and the animation community for a long time, I am looking forward to being the ‘new face’ of the organization and to making some significant changes to the status quo,” Gladstone said in a statement. “For starters, this includes updating our membership qualifications, establishing a representative voice for every animation studio and creative technique, building an advisory board of animation luminaries and revising the voting structure of the annual Annie Awards.”

Gladstone has been a professional animator, producer, director, writer and teacher, first managing his own studio, and then working in management positions for Disney, Warner Bros. and DreamWorks, among others. He is currently the CEO of the animation con`sulting firm, Gladstone Film, teaches worldwide and is the artist-in-residence for the ACME Network.

Beck has written 15 books on animation, and has programmed many major retrospectives. He currently co-writes the industry blog, “Cartoon Brew” and teaches animation history at Woodbury University in Burbank.

Wike is director of research and development for DreamWorks Animation in charge of technology. He joined DreamWorks in 1996 and has 16 animated features to his credit. He has been an active member of ASIFA-Hollywood for four years.

Turner is a production supervisor at Disney Television Animation. He has been active in ASIFA-Hollywood since 1978 and has served as the organization’s secretary since the 1990s. In 2009 he was presented with the June Foray Award for his decades of service.

Manoogian departs having served more than 20 years as president. “We owe Antran Manoogian an enormous amount of respect and admiration for his many years of selfless devotion to ASIFA-Hollywood,” Gladstone said in a statement. “Antran has seen the organization through a period of unparalleled growth and success, going from a small club to an organization of over 4,000 members. During his stewardship, Antran established, among many achievements, a digital archive, and built the Annie Award into the most important honor in animation.”