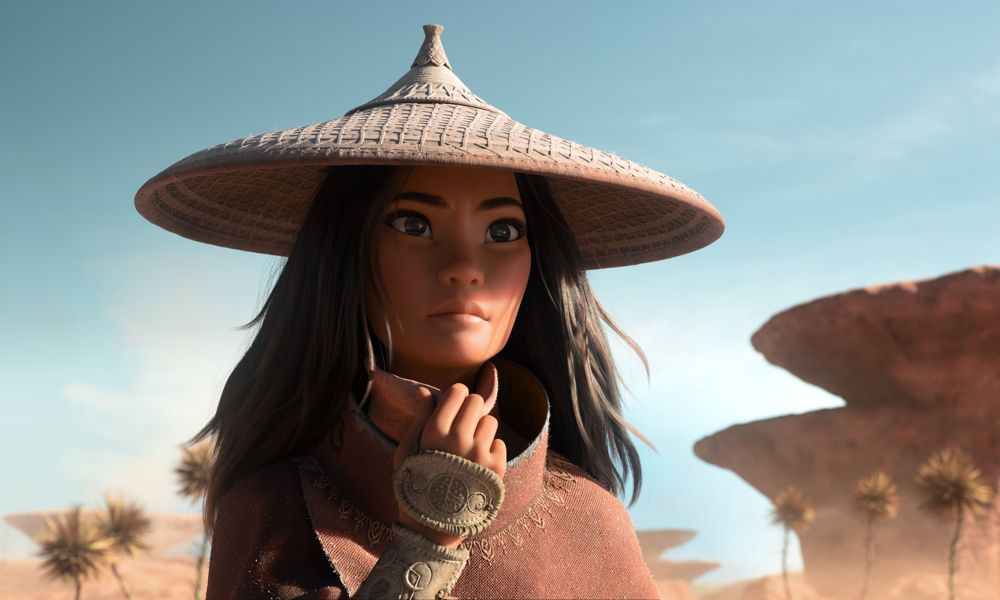 A strong, memorable Southeast Asian heroine is ready to make her mark in the Disney animated feature canon this month. The central figure in the studio’s 59th animated movie, Raya and the Last Dragon, is tasked with finding a legendary dragon and uniting the divided people of her land to save the world from an evil force.

Hall, who has worked with Disney since the days of Tarzan, The Emperor’s New Groove and Brother Bear, says this movie allowed him and his team to explore the concept of unity to fight for a common cause. “There had been some great exploration by the team into the concept of unity and togetherness,” says Hall, “but Carlos and I felt that honing in on the trust required to achieve unity would lay a firm groundwork from which to make every decision in our lead character’s journey. This is Raya’s journey of learning to trust after her trust was so deeply broken when she was a child.”

The director says that, like Big Hero Six, Raya touches upon how a big loss affects its main character. “They’re both about a deep subject. But in Raya’s case, it’s about trust. I think that where they differ is the world, actually, to be honest with you, and how I think we approached the world. The world of Raya is a world under duress. It’s a world that’s under a considerable amount of existential pressure from these creatures called the Druun. It is a broken world that these characters are trying to put back together.” 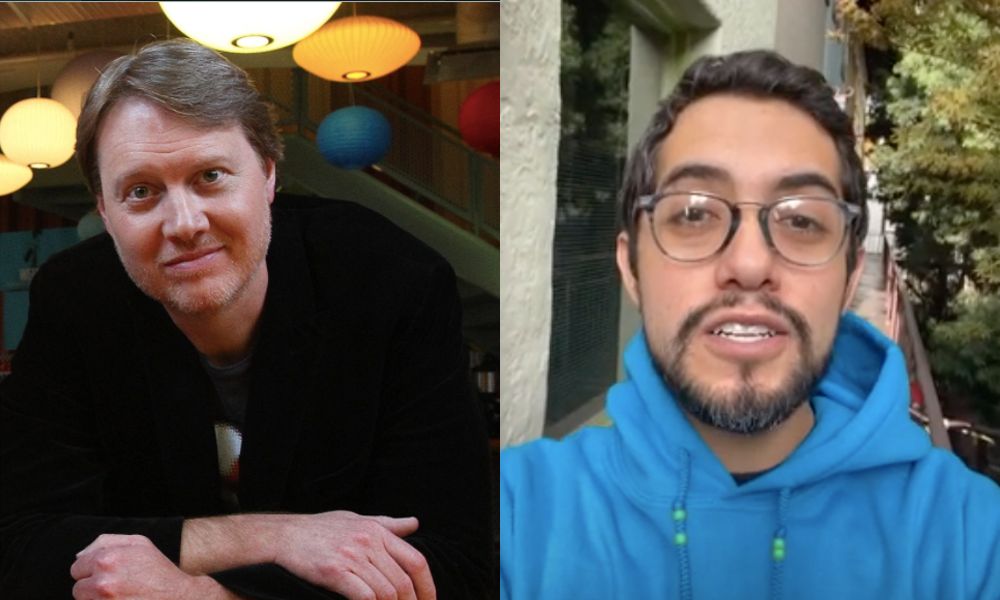 Hall adds, “We had no real way of knowing that during the making of the film that our own world was going to be put under an incredible amount of existential pressure with the pandemic. It came by surprise with all of us. But how the film kind of mirrors our own experiences in the real world right now has been nothing short of extraordinary, actually.”

In Hall’s opinion, the animation in Raya is some of the best the studio has delivered to date. “It’s a testament to the skill sets of our animation department across the board,” he notes. “Of course, story happens on the page before it goes to storyboard form. The level of subtle acting that we feature in this movie is quite impressive. We have several really broad characters, but we also have these subtle, dramatic performances, so they function on both ends of that spectrum. Overall, the visual style of this film is unlike anything we have ever seen in film animation.”

While Raya’s world is a magical, fantasy-laden realm, the filmmakers strove to bring as much cultural authenticity as they could to Kumandra. In fact, many of them were inspired by their own family heritage and countries of origin. As Estrada points out, “We’re making a movie that is inspired by the cultures of Southeast Asia, and we want to make sure that when people from the region see this, although Kumandra (Raya’s land) is a made-up place, they can feel the love and respect the team had for the incredible real places that inspired us. We worked hard to make sure that this world we created feels dynamic, that the inspirations affecting the story really come through and that nothing is lost. We want to pay tribute to these cultures that inspired the story and the world of Kumandra.”

In fact, several key members of the film’s creative team traveled through Laos, Indonesia, Thailand, Vietnam, Cambodia, Malaysia and Singapore to immerse themselves in these cultures and to reflect their first-hand experiences in the film’s sights and sounds. As co-director Paul Briggs recalls, “I saw, from the people we met and the families we were with, this level of trust — to a person, everyone was so welcoming. They expected us to be there to learn and be respectful, and we were so deeply honored by everyone’s openness and welcoming spirit.”

To make sure they were on the right path, the filmmakers sought insights from a group of anthropologists, architects, dancers, linguists and musicians. According to the producers, these consultants offered assistance to the entire production team to ensure that Raya was grounded in respect for the diverse cultures of Southeast Asia that inspired the film.

As Shurer explains, the production team looked for commonalities and recurring designs and themes within the various cultures. “The design of a building or of anything is often reflective of the point of view of the people who are living in the country,” she says. “Many of these things are common to many of the Southeast Asian cultures. It is such a diverse and big and beautiful and rich world that in finding our connection to each area, we leaned very heavily on our Southeast Asia Story Trust, on some of our experts, to help find those connections. In the key creative room itself, we had someone from Malaysia, someone from Thailand and somebody with a very strong connection to the Vietnamese heritage. We also have a lot of crew from various parts of the region.”

Shurer says the filmmakers also paid special attention to the cuisine and regional food of each of the countries they visited. “Food is something that everyone comes together around.  And we realized how visual that is, and how we could lean into it in the movie,” says the producer, who brought the same attention to regional and cultural authenticity to her previous Disney feature, Moana.

Hall adds, “When connecting with those within our team who went on the research trips, it was evident that food had to be a fundamental element in the film. As we looked at our film’s theme of trust, we looked at how food is often a way of building trust and togetherness, and how that could be utilized as a thematic through-line.” 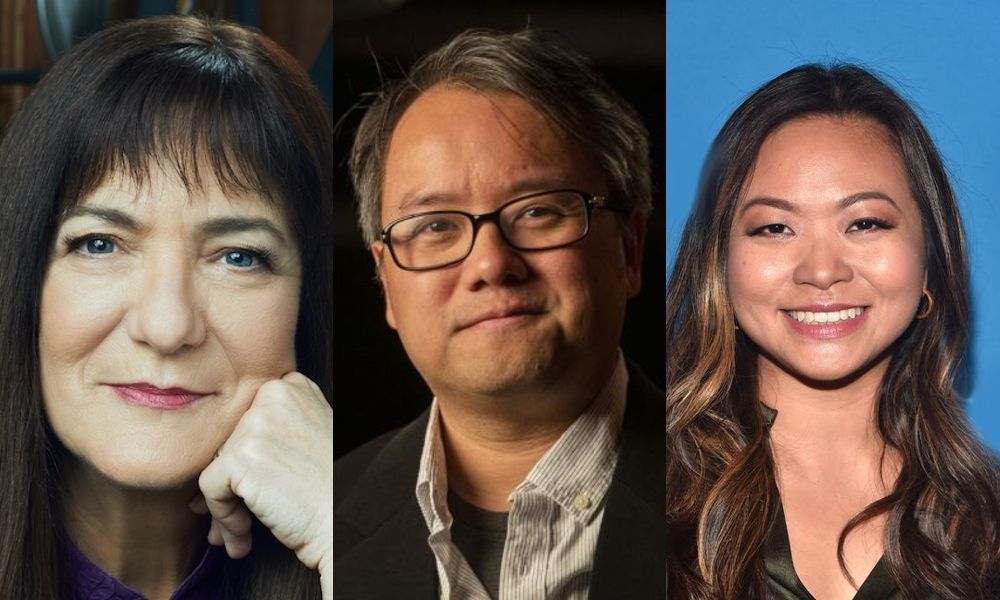 Shurer concludes, “The need to come together for the greater good, despite our differences, is something that is top of mind for so many of us. We all are excited to bring out a film that provides a space for that conversation.”

Screenwriter Qui Nguyen reflects, “For me, being Asian American with a Southeast Asian background, it was an opportunity to write a hero that my kids could look at and see that she looked like them, and she looked like their grandparents and their aunts and uncles … and me. It is a positive influence in their lives, especially in these very formative years where their self-esteem is being built.”

Disney’s Raya and the Last Dragon premieres in select theaters and on Disney+ Premier Access on March 5.

The legendary water dragon Sisu (voiced by Awkwafina), who is at the heart of the film’s central drama, plays a big role in Raya’s journey of self-discovery. Nguyen explains, “The East has a very strong love and affection for dragons, but these dragons are very different from what you see in Game of Thrones, for example. They mean luck. They signify life-affirming powers and fortitude, and those aspects were important to expand on since Raya is a Southeast Asian-inspired hero. Sisu is highly revered and super powerful, but at the same time, we wanted to subvert our expectations of what a dragon could be like. So she’s funny. She’s goofy. She trips on herself. She’s new to the world. She’s new to what life is like now. There’s something charming and fun about her, and I think that she’s just a really fun comedic character to follow.”

Hall points out, “The importance of water was a huge visual thematic in the film. In terms of Sisu being a water being, a water dragon based on the Nāga, water just became this recurring motif in the film that was extremely important.”

“Awkwafina fit the dragon that we were looking for — some combination of wisdom, emotion and humor,” adds Shurer. “She brings all those three things together in some magical potion!”

You may also like...
Related Topics:featured, Raya and the Last Dragon
Geographic Region:Worldwide