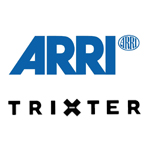 Post-production house and global sales company ARRI has joined forces with vfx and animation studio Trixter to produce new animated feature projects. The companies, both based in Munich, Germany, will be offering a package deal of services by combining their skillsets to animation producers, co-producers and international sales partners.

Effective immediately, the cooperative alliance will see both companies serving as co-producers and service providers for animated features, with ARRI tackling sales. ARRI brings its post-production house ARRI Media services to the co-pro table, while Trixter has effects and animation facilities in Munich, Berlin and Los Angeles.

The first project slated for the new joint venture will be a CG family adventure developed by Icelandic studio GunHil, titled Ploe. The film will tell the touching story of a young golden plover who has trouble learning to fly, and fails to migrate with his family in the winter. With the help of his friends he manages to survive in a world full of enemies and come out a hero. Ploe was presented last week at the Cartoon Movie event in France, with pre-sales set to begin during the Cannes Film Festival this year. Production is slated for the beginning of 2014.