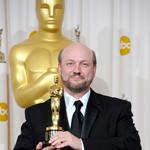 Juan Jose Campanella, who directed last year’s Oscar-winning feature The Secret in Their Eyes, will be taking on the world of Foosball in his next animated project. Titled Metegol (Foosball), the movie will follow the adventures of an underdog, who challenges a star soccer pro with the aid of foosball figures that come to life.

Slated for a 2012 release, Campanella is producing the film under this 100 Bares shingle with Buenos Aires-based Catmandu and Spain’s Plural-Jempsa. According to Variety, the film’s budged is estimate dto be around $9.75 million. “We are finding a visual style that we haven’t seen before in an animated movie. We are putting a lot of effort in that,” Campanella told the paper.

Among the local stars lending their voices to the movie are Pablo Rago, Fabian Gianola, Miguel Angel Rodriguez, Horacio Fontova and David Masajnik.

You may also like...
Related Topics:Argentina’s, Campanella, Foosball, Plays, Toon