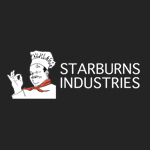 This article originally appeared in the December 2015 issue of Animation Magazine.

Charlie Kaufman is lauded as one of the most creative writers in the movie business, and he has credits such as Being John Malkovich, Adaptation and Eternal Sunshine of the Spotless Mind and an Oscar to prove it. Defying Hollywood’s conventional wisdom, Kaufman’s newest project takes him to another unique place with Anomalisa, a stop-motion animated feature Kaufman wrote and co-directed with Duke Johnson, and produced at Starburns Industries.

The movie first screened in September at the Telluride Film Festival and then won the grand jury prize at the Venice Film Festival before going on to Toronto, where Paramount picked up distribution rights for the United States and planned a Dec. 30 release to qualify for Oscars. Curzon Artificial Eye picked up U.K. rights.

Anomalisa has its origins as a “sound play” Kaufman wrote about a middle-age customer service consultant named Michael Stone who, on a business trip to Cincinnati, tries to reconnect with an old flame and fails, leading him on a desperate search for connection with anyone and finding it in a shy and slightly awkward young woman named Lisa.

The play was written for three actors to perform like a table read — standing on a stage and reading their dialogue from scripts. The play was only performed a few times and featured David Thewlis as Michael and Jennifer Jason Leigh as Lisa, with Tom Noonan playing all the other parts. Everyone moved on and the project seemed to be forgotten until about three years ago when Starburns needed a project and partner Dino Stamatopoulos mentioned he had a copy of the script and suggested making it into a stop-motion animated feature.

Director Duke Johnson, a fan of Kaufman’s work, loved the idea even though it was an admittedly unusual project for stop-motion. “Dino has always had the approach with stop-motion, it’s kind of been his dream, to take stop-motion into the realm of what’s not typically expected for animation,” says Johnson, citing the evolution of Stamatopoulos’ series Moral Orel. “It got kind of dark, dealing with relationship stuff and family stuff. And to him that just makes sense and that seemed to work for him to explore dark or adult or mature themes through stop motion.”

Getting a Green Light

Then they approached Kaufman, who was open to the idea and said that if Starburns could raise the money for it, they could do it. “My issue wasn’t anything to do with whether it was stop motion or live action, it was simply that this was initially designed to not be seen,” says Kaufman. “I didn’t have any reservation about stop motion at the time, it was just what was being offered because that’s what they do at this company.”

When a Kickstarter campaign proved a roaring success, raising more than $406,000 — the rest of the budget was funded independently — the project solidified and Kaufman agreed to come on board as co-director.

“As we raised the money and started to work on it and Duke and I started to talk about it, and it started to come together as an animated thing, I think we both started to feel like this was the form in which it should exist,” says Kaufman. “I feel to a certain extent that it was through the exploration of the medium that we came to that. It just seemed to lend itself to this story and the tone we were looking to accomplish.”

Johnson says the way stop-motion exists in a real space and the handmade nature of each frame fit well with the themes of the script. “(Stop-motion) lends itself to a sort of soulfulness and otherworldly quality that we really liked and felt matched the performances as well as the tone and the themes of the piece.”

Establishing a look for the movie was Johnson and Kaufman’s first task. “We wanted to find a different way of doing stop motion than is conventionally done, something that felt naturalistic,” says Kaufman. “There were a lot of starts and stops as we tried to establish the style and then the sets.”

One of the biggest challenges was ensuring the puppets were detailed enough for the animators to get out of them the kind of emotionally honest performances the story demanded. At the same time, the directors decided not to digitally remove the seams in the puppets’ faces where the 3D-printed expressions fit together.

“There were a lot of people working around us during production who didn’t think it was the right thing to do, but we felt very clearly it was the way to keep that handmade quality,” says Kaufman. “And as we were working and we knew the seams were going to be in there, we started to put in moments that refer to it so it becomes self conscious in that way, and I think it makes the puppets feel like the world is not really in their control without really having to say that. It creates an oppressive quality.”

A Challenge to Animate

Animation supervisor Dan Driscoll, who previously worked with Johnson on Mary Shelley’s Frankenhole, says he found the material both inspiring and difficult to animate. “The source material is amazing and you just wonder how can we take something that was already so good and make it worth everyone’s time to want to see it again or hear it in a new way,” says Driscoll.

Time and money were — as on most movies — factors that drove every decision. “We started out and ended up as a very low budget independent feature,” says Driscoll. “The animators had time to prep for individual shots but never had any kind of boot camp or anything like that to get everyone working in the same style immediately. So it was a lot of very careful directing and crafting of how this is going to look.”

In all, 34 animators worked on the movie, but at any given time the number was between nine and 13, Driscoll said, with the length of the production seeing animators turn over to return to their regular jobs. Many of the animators came to Anomalisa from stop-motion TV shows that use a much more cartoony form of animation. “To dial it down, to get the subtlety – it was a challenge even for me … to figure out how much you do — or do not — have to animate to make humanistic emotions,” says Driscoll.

The movie was made at Starburns’ stop-motion stage in Burbank, where the studio previously shot Frankenhole and the Christmas special. The original goal was for animators to produce between two and four seconds per day, but the complexities of the project played havoc with any attempts to meet a schedule. “There were days when all the animators combined produced two seconds and other days where a single animator could get 30 seconds,” says Driscoll. “At the end of the day, we took what we could get. We just tried to figure out how to help the animator get as good a performance as possible.”

A lot of the movie was shot on twos — meaning only every other frame was animated — another decision that defied animation conventional wisdom, Johnson says. “There are a lot of ones in the movie because there are camera moves and when you’re doing sort of parallel action it really helps to shoot on ones so there’s not a lot of strobing,” he says. “But we did a lot of tests and a lot of experimenting and we noticed that a lot of the best performances we were getting were happening on twos.”

Kaufman and Johnson say their collaboration on the movie was a relatively easy one. “I think we share sensibilities in a lot of aspects of filmmaking,” says Kaufman. “With Charlie I was a big fan and I went into the project with an immense amount of respect and admiration and so I already like his taste and his approach to things and his ideas,” says Johnson. “He liked my ideas and I liked his ideas for the most part, and when we disagreed, we would talk about it and we would find something that was better.”

The most talked-about scene in the movie is when Michael and Lisa have sex in his hotel room. “That scene was exceptionally difficult,” says Driscoll, who adds it took about six months to shoot. “We had a sheet, and a comforter, pillows — all these fabric elements — and all their clothes were animatable. … These puppets were specially built, they were all ball and socket to get the anatomy a little more accurate compared to wire. But you still had silicone on silicone and it could be very dense, so there was a lot of modifications and hollowing out the puppets and creating these spaces where the stomach could compress.”

“We were trying to create a scene that was not a joke, that was a real interaction between these two characters,” says Kaufman. “We first showed it to a friends and family screening and there was just silence during that scene and I was worried that it was boring to people. And afterward people would come up to us and say that it was such an incredible scene and the silence I think came from them being transfixed by it as opposed to them being bored by it. It was certainly a relief but I think that people saying it was the most realistic sex that they’d seen in a movie — which has been said to us on numerous occasions — it’s very rewarding to hear that but it’s also very surprising.”