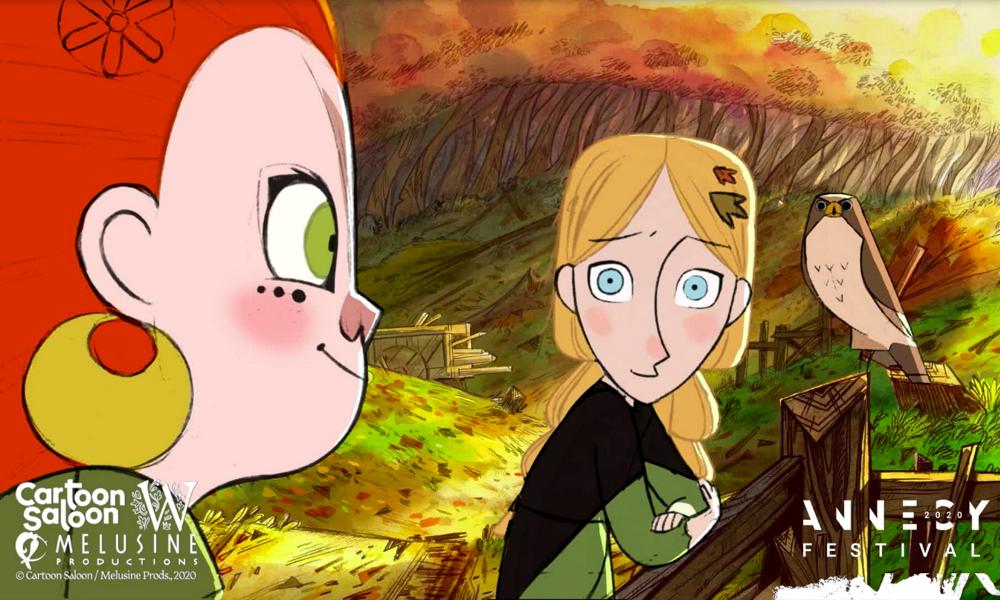 One of the most anticipated sessions at Annecy Festival Online this week was the “Work in Progress” look at Cartoon Saloon’s upcoming fall movie Wolfwalkers. Directors Tomm Moore and Ross Stewart and art director Maria Pareja offered a rich collection of character designs, art, animatics and excerpts from the beautifully crafted 2D feature while discussing some of their inspirations, research work and artistic goals for the movie.

The extensively researched film, which will be released by Apple TV+ later this fall, is set in Ireland in the mid-17th century. It tells the story of Robyn, a young English apprentice hunter who comes to Ireland with her father to wipe out the last pack of wolves in the country. Her life changes after she saves a native girl named Mebh, who leads her to the discovery of the wolfwalkers and her transformation into the very thing her father (voiced by Sean Bean) is tasked to destroy. 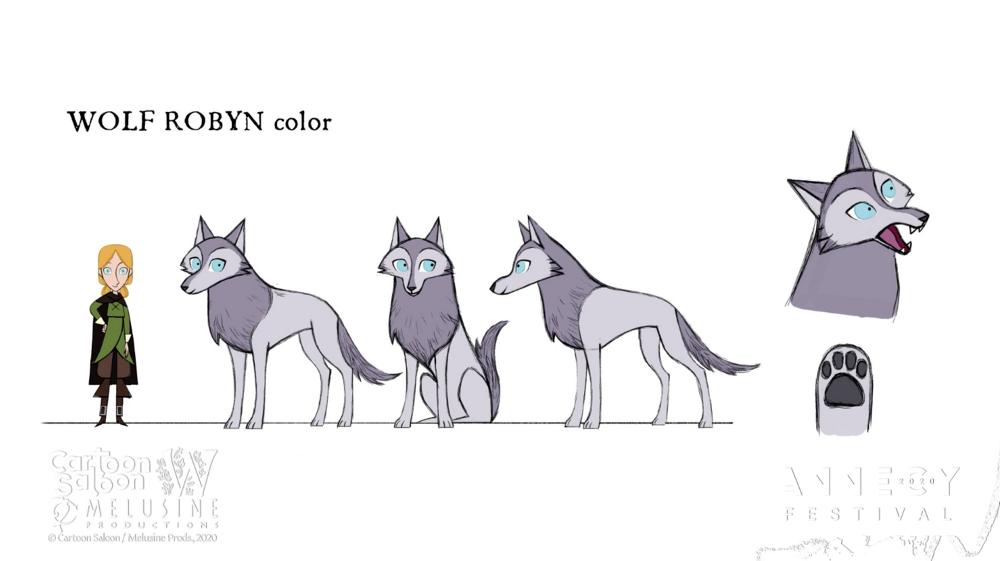 Kilkenny-based Cartoon Saloon’s previous films include The Breadwinner, Song of the Sea and The Secret of Kells, all of which were warmly received by critics and general audiences alike, and were all Oscar nominated. The film is co-produced by Cartoon Saloon, Dentsu Ent., Melusine Productions  and Folivari.

“Ross and I were inspired by the legends of wolfwalkers in Kilkenny, which we learned about when we were kids,” says Moore. “It’s basically the Irish version of a werewolf story, where they would leave their bodies and traverse the forests as wolves, while the human bodies would be asleep back at home.” 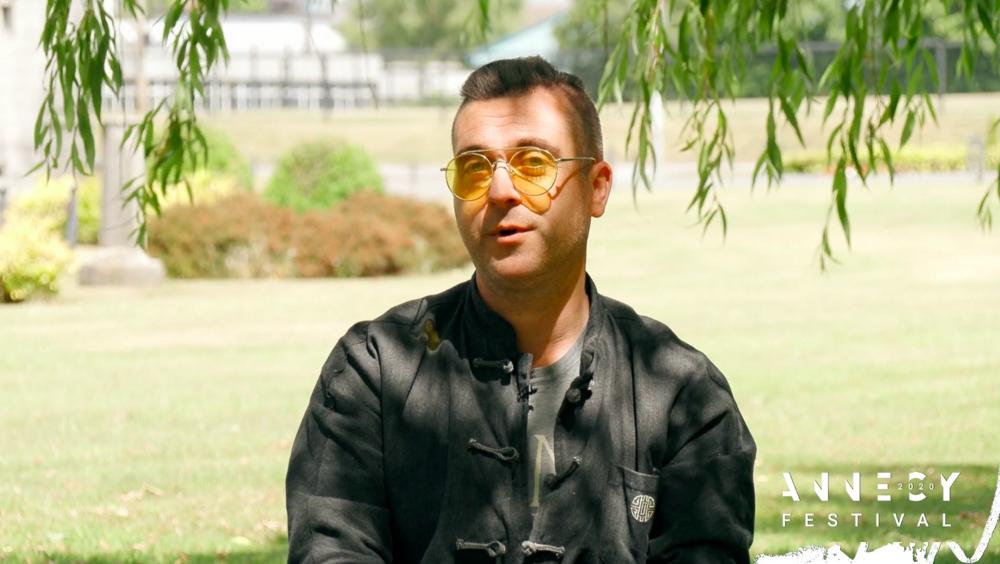 Moore and Stewart explain that the movie’s setting in 1650 coincides with the English Civil War, during which Oliver Cromwell led the Parliamentarian army against King Charles I. “He had a mission to tame the land and Ireland,” explains Moore. “It was this confluence of thinking about this mythology and this tribe of people that St. Patrick had blessed or cursed, and the fact that Cromwell had taken upon himself to kill all the wolves in Ireland.

Moore, who was nominated for two Oscars for directing The Secret of Kells and Song of the Sea, says he and his team explored all the possibilities of 2D animation and visual language to serve the main characters. The director points out that the film has this powerful central conflict. “Robyn is this young girl who has arrived from England, and her new friend is one of the wolves that her father is hunting,” notes the director. “Her personal journey takes her from being a girl who wants to be free to go hunting with her dad to discovering a greater freedom when she enters the world of the wolfwalkers.” 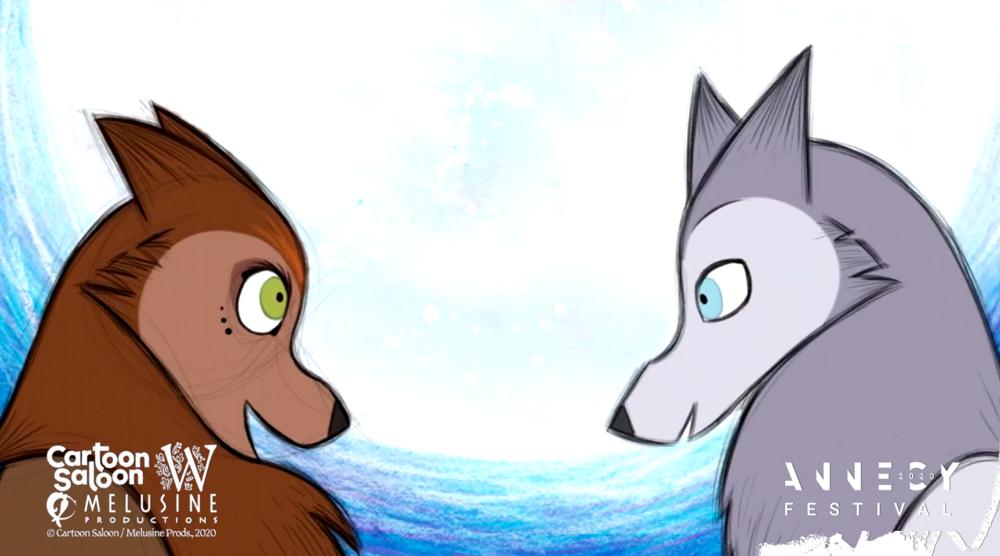 The filmmakers set up a great visual contrast between the organized, straight lines and confined world of the city and the free-flowing organic world of the Irish forests. They also used new dynamic camera movies, natural media mixed with previz that was done with 3D software to create a “wolf-vision,” to visualize how the world looks like from the point of view of the wolves as they run and roam the natural world.

These contrasts are also reflected in the design and animation of the characters. For example, Mebh’s animation is reminiscent of the loose, old-school style that goes back to Disney’s 1961 classic One Hundred and One Dalmatians, while Robyn’s dad and the soldiers’ designs echo a stricter, more regimented woodcut style.

“We use lots of shape, design and color languages and basically use all the tools in our toolbox to tell our story as expressively as possible,” says Moore. “One of the things about hand-drawn animation that differentiates it from other movies is that you can use the whole language of drawing, the history of painting and representation visually. You can use the space to compose in a very painterly way or a very abstractly depending on what you want audiences to feel during a specific scene.” 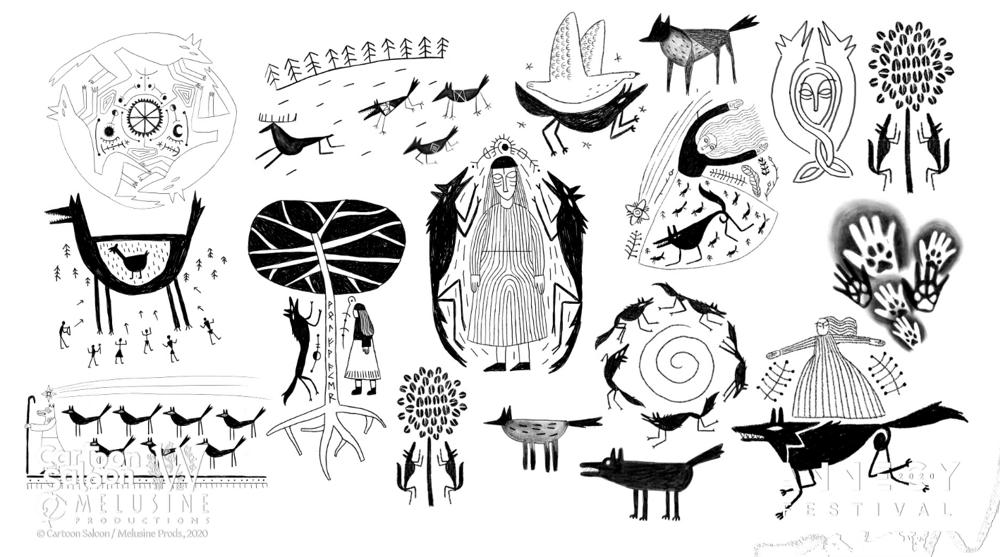 Moore said he and his team were thrilled to bring their co-production partners from France and Luxembourg to Kilkenny. “We love showing them bits of Ireland that have influenced our work,” says the director. “Song of the Sea’s dominant colors were blues and purples, while The Secret of Kells was mostly green. For Wolfwalkers, we have the green of the forest, and the orange colors of the trees in the fall and the wolves’ magic and some greys as well.” It can’t be a coincidence that the colors of the Irish flag are also green, white and orange!

For more info about the acclaimed Irish studio, visit cartoonsaloon.ie. 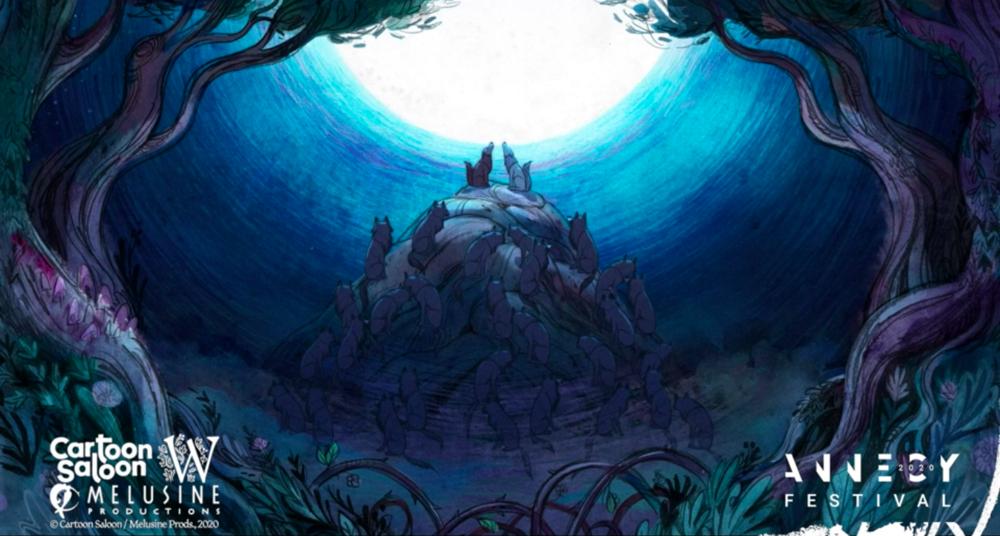