One of the surprise appearances at Annecy 2016 is Jeffrey Katzenberg, CEO of DreamWorks Animation. Katzenberg was in town to support the studio’s presentations for the features Trolls and Boss Baby, the new Netflix series Voltron: Legendary Defender, and to appear with Guillermo del Toro to promote his upcoming DreamWorks series Trollhunters

This festival is something of a swan song for Katzenberg, who recently made a deal worth $3.8 billion to sell the company he founded more than 20 years ago to Comcast. When the deal closes, expected by the end of the year, Katzenberg will exit the company aside from a role with DreamWorks New Media. In recognition, Annecy awarded Katzenberg the first-ever Golden Ticket award, which grants him lifetime access to the festival.

Animation Magazine had a rare opportunity to meet one-on-one with Katzenberg during the festival and talk about the studio’s projects. (He was unable to discuss on the record the Comcast deal or his plans for the future.)

With Trolls set to be the studio’s first traditional break-into-song musical — and 2017’s Larrikins following suit — Katzenberg says he has no idea why it took so long to do one because he loves the form. “I think a good part of the reason for that is we have really tried to stick to comedy being the core driver of the films,” he says. “They are comedy adventures and so doing a musical is sort of one step off from the core of what we’ve been doing but a comfortable step.”

“For us, particularly as the live-action movies become more and more animated, it’s incumbent on the animated movies to become even more into their own unique places and I think one of the places animation has traditionally gone and been very, very successful is in musicals.”

With Trolls delivering a vibrant new look for CG animation, and more competition than ever in the market, Katzenberg says technology has never driven creative decisions at the studio.

“I don’t think there’s ever been a time when the answer was, well the technology isn’t up to delivering to the creative mission of the movie; it’s just the opposite of that,” he says. “I don’t think there’s ever been an instance where a filmmaker at our studio said, ‘Well, I want to do this,’ and somebody said, ‘Sorry, but the technology to do that doesn’t exist.’ It’s just never happened. (The technology) may not have existed, but they didn’t say they couldn’t deliver it.”

For Trollhunters, Katzenberg say del Toro has had a huge influence at the studio. “There’s not a filmmaker who doesn’t want to engage with him,” says Katzenberg. “He really has just been an invaluable resource at the studio and our filmmakers all fight over him. They all want his time, there’s never enough. And every film he’s put his name on, you ask the producers and directors of those films, and they’ll tell you even though his time may be limited, his influence has been huge.

Katzenberg says Boss Baby — due in theaters March 10 — is a perfect fit for director Tom McGrath, who previously helmed the Madagascar trilogy and Megamind for the studio.

“He has just a very unique sensibility and a unique sense of humor and I think this movie has actually captured that Tom McGrath magic more than anything he has made up till now,” he says. “I think it’s one of the best original movies we’ve made at the studio in a long time.”

Attending Annecy for the final time as head of DreamWorks, Katzenberg says the festival’s growth reflects the growth of animation as a respected medium all over the world.

“Annecy has always been a kind of heart and soul for the real animation cinemaphiles,” he says. “It’s really a place where it’s a true celebration of it, and that was long before anybody was paying attention in the rest of the world. Annecy was always this oasis that everybody could come to and just for a handful of days get completely immersed and lost with … (thousands of) geeks, like us, that really love this stuff.”

(Pick up the June/July 2016 issue of Animation Magazine, #261, to read more about Voltron: The Legendary Defender and the Comcast/DWA acquisition.) 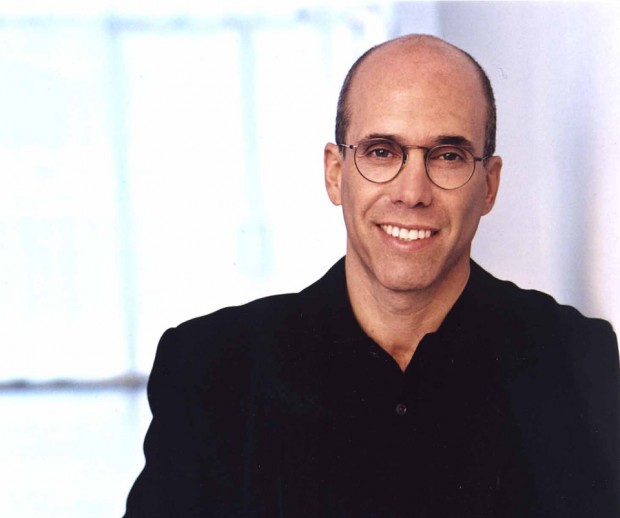