Few studios around the world are as beloved as Aardman Animations, the U.K. stop-motion and Claymation studio behind such hits as Creature Comforts, Wallace and Gromit, Chicken Run and last year’s hit Shaun the Sheep Movie.

So it’s no surprise to see the studio celebrated on the occasion of its 40th anniversary at Annecy with Aardman co-founders Peter Lord and David Sproxton delivering a keynote address and speaking with press about their company and its long history.

Lord says he tried not to make the keynote sound like a long list of credits but it was hard not to do some of that given the occasion. “I tried not to just yak on about how it used to be, but there’s important things: The very fact that we started on British TV by selling something to the BBC while we were still in high school; the fact that we then got into clay animation, which is a small choice but really, really crucial because it changed our status and it changed our direction completely; and how we made films for children and films for adults and built up very slowly, which is important; and that one day we employed a nervous young gentleman called Nick Park, proved to be pretty important to us as well.”

Park’s Wallace and Gromit shorts won the hearts and minds of animation fans around the world — plus a trio of Oscars — and set Aardman on a path toward making feature films, Lord says. “Whether we would have done it without him, I can’t tell you,” he says. “But that’s the way it went.”

There’s a lot of evolution in Aardman’s history, with the company’s feature films and even characters like Shaun the Sheep evolving out of Wallace and Gromit. Aardman’s success earned the attention of DreamWorks Animation CEO Jeffrey Katzenberg, leading to a deal that saw the studios collaborate on three features: Chicken Run, Wallace and Gromit: The Curse of the Were-Rabbit and the CG-animated Flushed Away.

Aardman parted ways with DreamWorks and teamed up with Sony for two features: Arthur Christmas and The Pirates!; Shaun the Sheep Movie, its upcoming sequel, and the new Nick Park feature Early Man are being made with StudioCanal.

“Jeffrey kept bumping into Nick as he did a Disney tour after he won the Oscar, and that’s how that relationship started,” says Sproxton. “And the Shaun story is also interesting because he came out of Close Shave. We developed the character into his own series and we’ve done 150 episodes of Shaun the Sheep. That’s quite a lot of stories to tell with no dialog about a sheep on a farm.”

Turning the Shaun TV series into a feature film was a logical step, Sproxton says. “It makes sense on the business end because it promotes the franchise and, having done a series that sold to 170 territories worldwide, we knew we had a global market for the film.”

Being dialog-free helped the film travel, while working with characters, assets and a world that’s had been already developed for the TV series helped keep the budget low.

The film has been a success — a sequel is already in the works — boosting Aardman as a brand as well as adding to its library. The immediate box office returns — which were modest in the United States — are less important than the intangible benefits of getting the movie out there, especially since the “long tail” is where the film is expected to become most profitable, Sproxton says.

“What we’ve learned is getting European movies into the U.S. is hard even if they have action,” he says, “even with the backing of DreamWorks and Sony.”

Lord says he’s pleased that reviews of the movie were almost universally positive, meaning Aardman succeeded in its creative goals even if it failed to earn a huge audience.

Other projects on the studio’s plate include a slate of “four or five good projects,” Lord says, as well as TV series, commercials, digital and marketing projects. The company also made a VR project called We Wait, in which the user experiences life alongside a terrified Syrian family seeking refuge, that recently exhibited at the Sheffield Doc Fest in England.

But as long as the studio puts creative decisions first and does well enough to continue, then Lord says he’s happy.

“We are creatively led. That’s the most important decision – always,” he says. “If there’s something that the audience is holding on its back, I don’t want to change what we do to chase after that audience.” 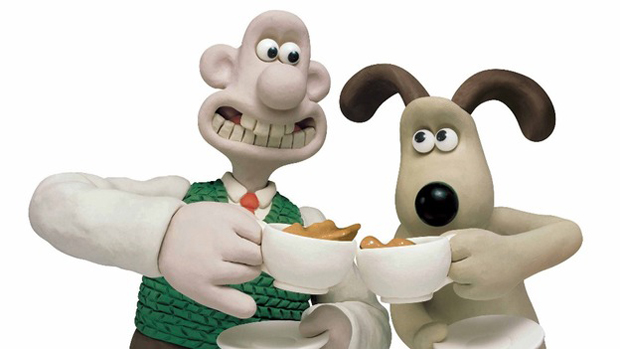