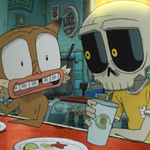 Ankama Animation’s new feature-length comic adaptation Mutafukaz will celebrate its World Premiere as part of the 2017 Annecy Festival, where it will screen out of competition ahead of its theatrical debut in Japan later this year. The 2D film is adapted by comicker RUN from his print title of the same name (published by Ankama Editions’ Label 619) and produced by Japan’s prestigious Studio4°C under animation director Shojiro Nishimi (Batman: Gotham Knight, Tekkonkinkreet).

RUN will be in attendance for the premiere on Tuesday, June 13 at 8:30 p.m. in the Bonlieu theater, and will discuss with the audience his experience working with the notable creative contributors to the film, including soundtrack composer The Toxic Avenger (winnier of the Ping Award for videogame FURI) and the high-profile French voice actors to be announced soon.

RUN first began building the Mutafukaz universe when he was Artistic Director at web agency Teamchman, creating the 2003 Sundance Festival-nominated short Operation Blackhead. The first volume of the comic was released by Ankama Editions in 2006. In 2008, RUN established Label 619, which publishes comics and art books with a mature, urban bent.

Synopsis: Following a scooter accident caused by the sight of a mysterious stranger, Angelino — just one of the thousands of good for nothings in the sordid West Coast metropolis of Dark Meat City — starts to have violent migraines accompanied by strange hallucinations. Along with his faithful friend Vinz, he tries to find out what’s happening to him, while menacing men in black seem determined to get their hands on him… 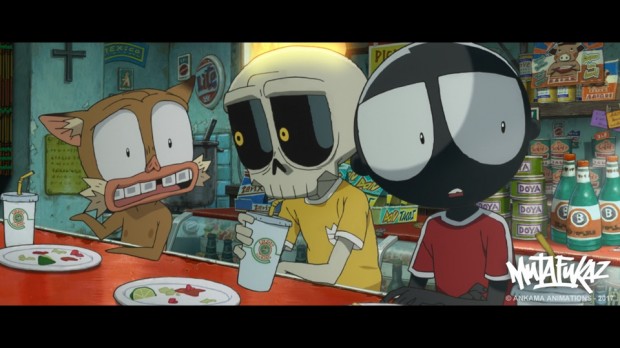