Animatsu Entertainment, a new London-based producer, licensor and distributor of anime in the U.K. & Ireland (with global expansion in the cards), has secured global distribution rights to highly anticipated period feature In This Corner of the World (ono Sekai no Katasumi ni), which it is introducing to buyers this week at the Annecy festival and MIFA market in the Works in Progress program.

In This Corner of the World tells the story of the adolescent Suzu, who in 1944 moves to the small town of Kure in Hiroshima to live with her husband’s family. Suzu’s life is thrown into chaos when her town is bombed during World War II. Her perseverance and courage, however, underpin this heart-warming and inspirational tale of the everyday challenges faced by the Japanese in the midst of a violent, war-torn country.

“There have been previous anime films set around the devastation in Hiroshima, but none with the ultimately uplifting and positive message of In This Corner of the World, so we can’t wait to bring this beautiful film to Annecy,” Animatsu COO Jerome Mazandarani said. “We believe the rest of the world will share our enthusiasm for this story.”

Based on the award-winning manga by Fumiyo Kouno, the film adaptation is produced by GENCO with animation studio MAPPA and is written and directed by Sunao Katabuchi. Katabuchi began his career working with Hayao Miyazaki before pursuing his own projects like Mai Mai Miracle. GENCO’s Taro Maki and MAPPA’s Masao Maruyama are producers for the project, arriving in Japanese theaters this October.

“War is the opposite of daily life, yet daily life must go on even through war. And perfectly normal people can achieve this miraculous feat in the most extreme circumstances one can imagine,” says Katabuchi. “That’s what this film explores. I believe those very specific details in this film help viewers perceive the infinite emotions experienced by these absolutely normal people.”

In This Corner of the World is partially supported by a successful crowdfunding drive, which raised 39 million yen (approx. $350,000). 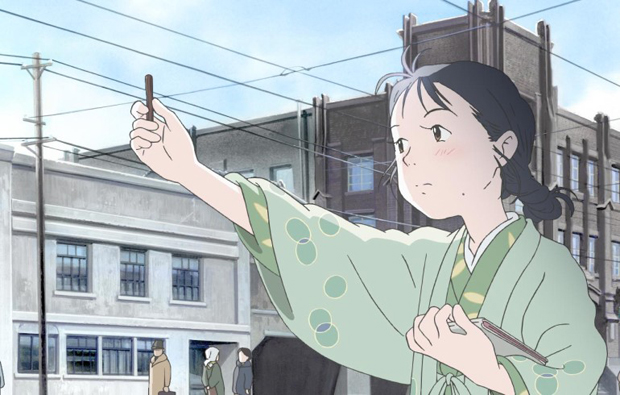