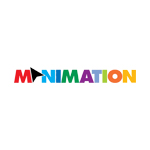 At the Manimation 2016 conference in Manchester, Animation UK announced that after a decade operating as a voluntary group, it is becoming a membership organization in partnership with the UK Screen Association. The new body will operate under the organizational umbrella of the UK Screen Alliance. Animation UK will be run by a council formed under the Alliance with the aim of driving animation policy forward.

UK Screen Association is the trade body for the Visual FX houses, post-production facilities and film studios and has been representing its member companies since 2004. By joining together, the two organizations will have a stronger voice and greater influence, making it easier for Government and these key parts of the screen industries to interact and cooperate.

Since Animation UK’s inception, the children’s animation industry has doubled in size, thanks largely to the Animation Tax Credit that took off in 2013, which the group campaigned for. The animation industry is worth an estimated £1.5 billion pounds a year to the UK economy and £250 million of inward investment a year.

The facilities and animation sectors have large areas of shared interest. Many of the skills and roles in animation and VFX are identical. The sectors face the same challenges with globally mobile workforces and have the same commitment to developing fresh talent in order to maintain the UK’s world leading position. Each group benefits from tax credits and both have a keen interest in maximizing exports. So, the UK Screen Alliance will have joint working groups to develop policies where there are obvious synergies. The efficiencies made by sharing a back office, will enable the employment of extra staff to advance and promote both the animation and facilities remit.

“I could not be more proud of what Animation UK has achieved to date, and the work and effort our industry has put in get us to this point,” said Hyatt. “This is a new beginning for the organisation, and partnering with Neil Hatton’s team at UK Screen is absolutely the most effective way to drive our industry forwards.”

Neil Hatton, currently chief executive of UK Screen Association will become CEO of the overall UK Screen Alliance and will continue to head up the existing facilities remit: “We are incredibly excited to be joining forces with Animation UK. Oli and I have often found ourselves attending the same meetings, dealing with the same people in government departments and sharing very similar viewpoints on the issues that really matter to the sectors we represent. It makes an enormous amount of sense for us to pool our efforts and resources so that together we can provide more advocacy and benefit for our respective members. This really does feel like the whole will be greater than the sum of the parts.”