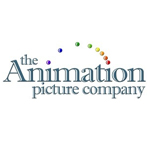 The original script by E.L. Katz concerns a pug dog named Joey who seeks an antidote for a zombie virus that has turned the pets and humans in a mall into zombies..

The Animation Picture Co., based in Sherman Oaks, Calif., has provided special effects and animation for such projects as Garfield Gets Real, Garfield’s Pet Force and S. Darko.