With the Oscar nominations for 2015 now in the books, it’s time for the reactions.

“As kids growing up in Canada and Iowa, Chris and I both dreamt of becoming Disney animators. Never could we have imagined that, one day, we would get to make a film like Big Hero 6, and that one day, the film and all of the talented artists who made it would be recognized by the Academy. Roy, Chris and I are deeply honored by the nomination and thank everyone at Disney Animation who made this possible.”

Moving on to LAIKA’s The Boxtrolls, directors Anthony Stacchi and Graham Annable had this to say:

“One word — HONORED! We are honored and humbled to accept this nomination in recognition of our amazingly talented cast and crew — the artists, actors, craftspeople, and freaks who brought The Boxtrolls to life. We are eternally grateful to them and to our fearless leaders, producers Travis Knight and David Bleiman Ichioka, for making it all possible. Thank you so much, Academy of Motion Pictures Arts and Sciences, for including us in this great list of nominees! We would be thrilled to sit in the dark and clap for any one of them.”

The Boxtrolls producer Travis Knight had this to say:

“What an odd and lovely way to greet the day. I’m overjoyed that the Academy has honored us with this nomination. Cobbled together over well-nigh a decade, The Boxtrolls was a labor of unwavering love crafted one frame at a time by a superb community of actors, artists, mad geniuses, steely-eyed pragmatists, and starry-eyed dreamers. I’m so pleased with the recognition of their artistry. It shows that original stories are valued, along with the weird people who make them.”

Dean DeBlois, fresh off winning the Golden Globe for best animated feature as writer and director of DreamWorks Animation’s How to Train Your Dragon 2, had this to say.

“When you work in animation, a moment like this only comes around about once every four years, and the anticipation leading up to this morning is like Christmas Eve all over again … not being able to sleep, having lucid dreams! And then when you hear your film called out — by J.J. Abrams no less — it just doesn’t get any better. Thank you, Academy! I’m so honored to be in the company of such a talented group of nominees and so very proud our entire cast and the over 400 artists at DreamWorks Animation who made all of this possible.”

Dragon 2 producer Bonnie Arnold had this to add:

“I could not be more thrilled for our artists by this recognition from the Academy and just so proud of our fearless leader, writer / director Dean DeBlois. There is a great line from the script that Cate Blanchett’s character says to Hiccup: ‘You have the heart of a chief and the soul of a dragon.’ The same can be said of our entire cast and crew. They are the soul of this movie and we could not have gotten this far without each and every one of them; they make my job such a pleasure!”

“In a year with so many beautiful animated shorts, we are surprised, humbled, thrilled to be included among the nominees by the Academy. Making Feast alongside my favorite artists and best friends at Disney Animation was a once-in-a-lifetime experience. It is their hard work and talent that made the film what it is and I am so excited to share this nomination with them.”

And Robert Kondo and Dice Tsutsumi had this to say about their animated short The Dam Keeper getting nominated:

“On behalf of the crew of The Dam Keeper, thank you to the Academy! Making The Dam Keeper has already been such a rewarding experience. Being nominated is beyond our wildest filmmaking dreams. We are humbled to be in the company of such great films and thankful to be able to share our love for filmmaking with our follow nominees and this amazing community of filmmakers.”

Meanwhile, Torill Kove offered an animated response to her short, Me and My Moulton, getting a nom in the shorts category:

And, lastly, The LEGO Movie co-director Phil Lord offered up this visual response to the movie not making the cut:

It's okay. Made my own! pic.twitter.com/kgyu1GRHGR 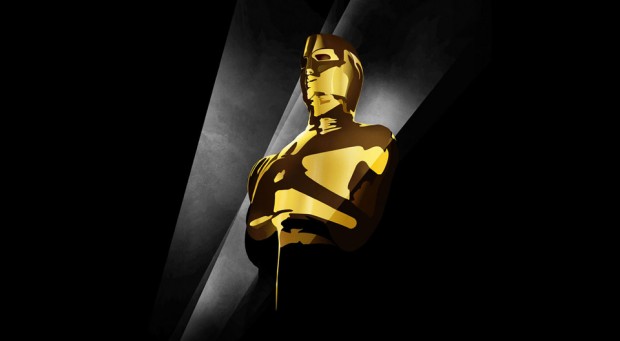