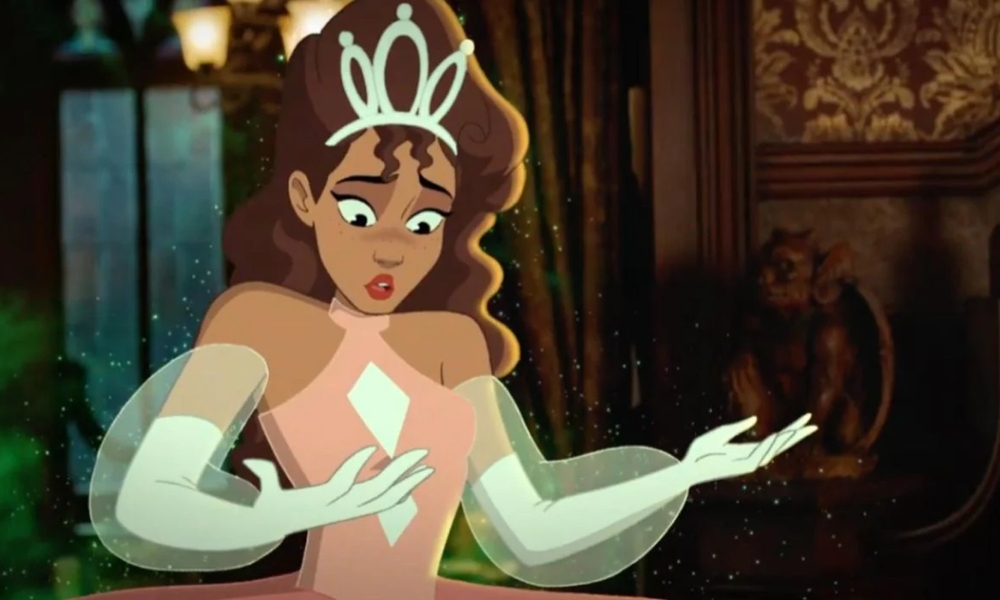 Legends of Tomorrow’ Gets Disney Animation Style
The “bonkers” Season 6 trailer for The CW series set in the DC Comics universe will feature an animated episode inspired by the Disney Renaissance era — with co-showrunner Phil Klemmer revealing in an interview with EW that he went so far as to hire animators from the time to make the ep (directed by Caity Lotz, who plays Waverider leader Sara Lance) as authentic as possible:

“There are some beautiful songs and Astra, played by Olivia Swann, gets to be our version of a Disney princess,” Klemmer explained. “The reason we did that originally is that we broke it as live action, and then there’s a point in the story where it becomes so outlandish that I was really having a difficult time seeing it in my head as live-action. I was like, ‘Guys, this feels like a ’90s Disney movie.’ It was sort of a joke. ‘What if we hired a bunch of Disney animators from the ’90s who have all retired and did a ’90s feature thing?'”

Aska Animation Studio Named Pixelatl Fest Creative Partner
The 10th edition of the festival (taking place online September 7-11) will feature a signal film by the Guadalajara-based 2D specialists, as well as a poster just unveiled which was designed by couple/collaborators Sandra Equihua and Jorge Gutiérrez, the multi-award-winning talents from Tijuana behind Maya and the Three (2021), Book of Life, Son of Jaguar and El Tigre: The Adventures of Manny Rivera. This year’s festival theme is We Need Each Other (www.elfestival.mx).

“Jorge and Sandra explained that the poster was based on diversity and collaboration. You need characters with all colors, shapes, sizes and personalities to be able to play ‘Loteria,’ a local popular game kind of like Bingo, and they made the analogy to animation. We need each other!” — José Inesta, CEO, Pixelatl

Aska Animation Studio was founded three years ago, and its team of 40+ animators is currently developing several pilots for series and features for creators and studios around the world. (askanimation.com). 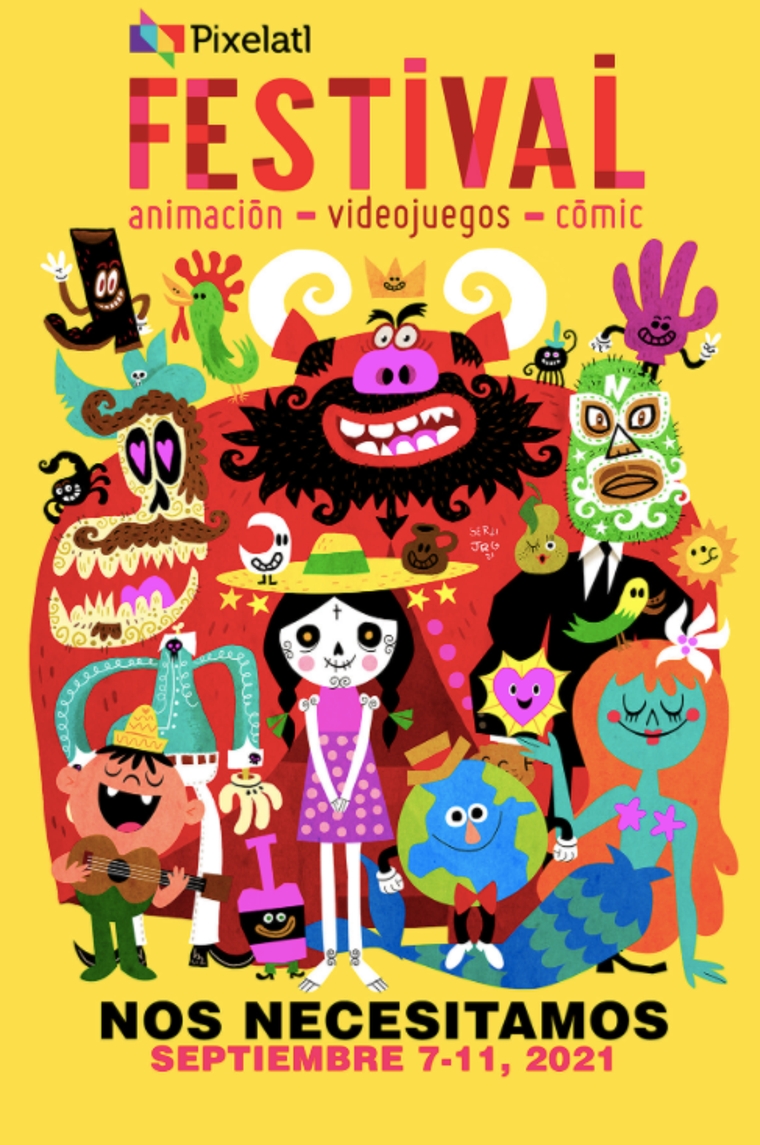 Momentum Pictures Takes North America on 3D Animation ‘Two by Two: Overboard’
The deal with Munich-based sales co. Global Screen will bring the sequel (also known as Ooops! The Adventure Continues) to the U.S. and Canada. The pic is directed by Toby Genkel and follows Finny the Nestrian and Leah the Grymp, who are set adrift on a raft after accidentally falling off the famous Ark. Produced by Ulysses FIlmproduktion (German), Moetion Films (Ireland) and Fabrique d’Images (Luxembourg), Overboard has also been sold by Global Screen to Australia and New Zealand (Rialto), Middle East (Selim Ramio & Co), Scandinavia (Selmer Media), Belgium/The Netherlands (Just4Kids) and Taiwan (Benchmark).

Spire Animation Studios Kicks Off Epic Games’ New Unreal Shorts Animated Film Program
The studio founded by animation producer Brad Lewis (Ratatouille, How to Train Your Dragon: The Hidden World) and P.J. Gunsagar last year is one of 45 grant recipients so far. Spire is looking to integrate Unreal’s real-time capabilities into a more intuitive pipeline. The studio is currently working on a feature film, Century Goddess, with several other projects in development.

BAFTA TV Awards 2021 Nominees Announced
The Virgin Media British Academy Television Awards & British Academy Television Craft Awards will be held June 6 and May 34, respectively. This year’s Special, Visual & Graphic Effects nominees are The Crown, War of the Worlds, Curse and His Dark Materials. Up for the Titles & Graphic Identity prize are Devs, Fear City: New York vs. The Mafia, Dracula and Roald & Beatrix: The Tail of the Curious Mouse.

Christopher Ho Named Senior Director of Kids Networks, WarnerMedia APAC
The new lead is in charge of programming and multi-platform operations, content direction for Cartoon Network and Boomerang channels in Southeast Asia, Australia, New Zealand and Korea, plus digital and interactive initiatives. Based in Singapore, Ho will work closely with Abhishek Dutta in South Asia — with whom he reports to Leslie Lee, Head of Kids APAC — as well as Shinji Suetsugu in Japan, and with the HBO GO team working to grow the regional streaming service’s Kids & Family section. 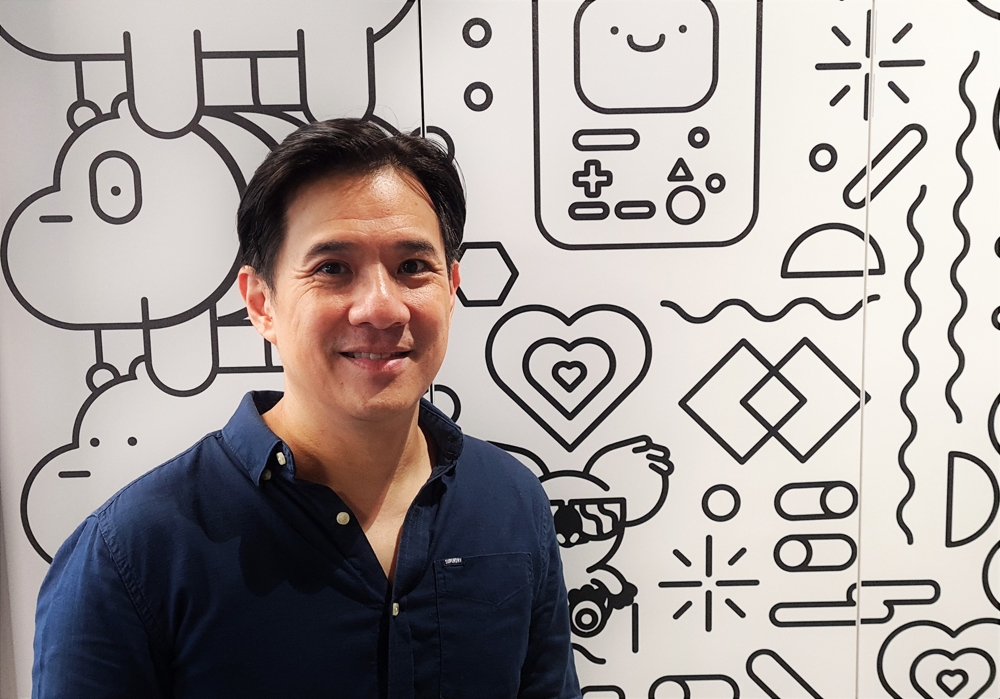 Omens Studio Appoints Adam Redfern as Consultant Exec Producer
The award-winning writer and showrunner will work across the animation company’s preschool slate, including new CG-animated series 123 Number Squad. The diverse, 11-minute series for kids 4-6 (in production) follows Paula, Tim and Billy – three best friends with a shared love of numbers, fun and games, hanging out together in their playroom HQ. If a Numberville citizen ever has a problem they call on Paula and friends for emergency help and they become… 123 Number Squad! Redfern’s credits include Go Jetters, The Adventures of Paddington, Oddbods and Deer Squad. He will continue his work with existing clients. 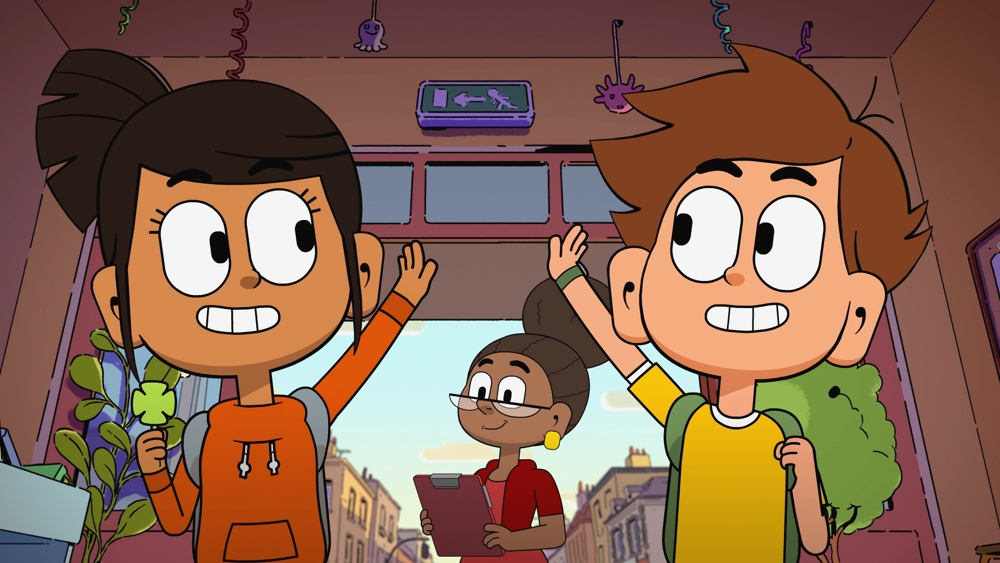