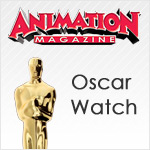 Early award season watchers seem to be unable (or unwilling) to pick frontrunners in the animation race this year. But most of them have high hopes for a certain Belgian boy reporter and his dog Snowy.

A wise man once said that the greatest friend of truth is time. So, when it comes to predicting the Oscar race, it’s crazy to predict the top contenders in mid-October because time is definitely not on our side. We are still waiting to hear whether 16 or more movies get the green light from the Academy so that we can start cheering a five-title Best Animated Feature race. But there are certain facts that are clear to see, even if we’re more than four months away from the big event held at the Kodak Theatre.

First of all, at this point in the game, it seems highly unlikely that one of the animated titles is going to be nominated in the Best Picture race. Unlike years past where films such as Beauty and the Beast, WALL•E, Up and Toy Story 3 were considered contenders in that race, 2011 has failed to cast the spotlight on a movie that has been generally so well-received that it could give the live-action guys a run for their money. 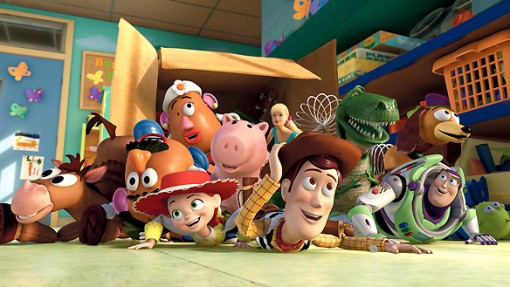 “I don’t think there’s a frontrunner. This is the most wide-open and confusing year I can remember!” he notes. “I guess we can blame Pixar for the confusion, because we’re used to them putting out a movie that instantly turns everybody else into also-rans, but Cars 2 just isn’t the slam-dunk that Toy Story 3, Up, WALL•E, Ratatouille or The Incredibles were.”

He also points out that since DreamWorks’ 2011 offerings are a sequel (Kung Fu Panda 2) and a spin-off title (Puss in Boots), the field is wide open for “something weird and inventive like Rango or an artier foreign contender.”

Thanks to the wonders of European and Asian animation, we never seem to have any shortcomings in that area. Among the titles getting heads up from critics and fans of esoteric movies, we have two excellent 2D-animated features, Tono Errando, Javier Mariscal and Fernando Trueba’s Chico & Rita and Jean-Loup Felicioli and Alain Gagnol’s A Cat in Paris (Une Vie de Chat), both of which have been picked up by GKids for U.S. distribution and Academy qualifying runs. From Japan, we also have two new Pokémon movies, Evengelion 2.0 and Trigun: Badlands Rumble to help add some Asian flavors to the mix. Also rating high with critics are Czech entry Alois Nebel (directed by Tomas Lunak) and Singapore’s artsy animated biopic Tatsumi (by Eric Khoo).

The first six months of 2011 also brought us an interesting mix of projects, that certainly brought in a wide array of visual styles and genres to the mix. From Kelly Asbury’s sweet Gnomeo & Juliet to Carlos Saldanha’s exuberant valentine to his hometown, Rio, and Gore Verbinski’s ILM collaboration, Rango, we certainly enjoyed an explosion in CG flavors. Add to that the reliable pleasures of Kung Fu Panda 2 and Cars 2 and the classic delights of Winnie the Pooh and you have a pretty respectable first part of the year.

It’s the final quarter of the year that remains a big question mark in many Oscar fanatics’ minds. Will Puss in Boots’ considerable feline charms win over Academy members? Will Aardman’s more commercially minded, CG-animated Arthur Christmas move beyond the usual message of holiday cheer? Will Steven Spielberg’s The Adventures of Tintin shake purists’ prejudice against motion-capture technology and deliver beyond its expected action-adventure means? And what are we to make of the unbeatable singing and dancing (and rapping?) penguins of Happy Feet 2 and the box-office menace of Alvin and the Chipmunks: Chipwrecked? Is it fair to undervalue Sony’s The Smurfs just because they mix with live-action types and they were the mighty champions of the global box office this summer? Isn’t that exactly what Gargamel would like us to do?

We hit up Animag’s old friend, author and film historian Leonard Maltin for some clarity.

“This is the first year I haven’t been able to muster enough enthusiasm for a Pixar feature,” he tells us. “But of course, it was a huge success. More to the point, I don’t think the Academy is likely to ignore a Pixar movie in the Oscar race!” 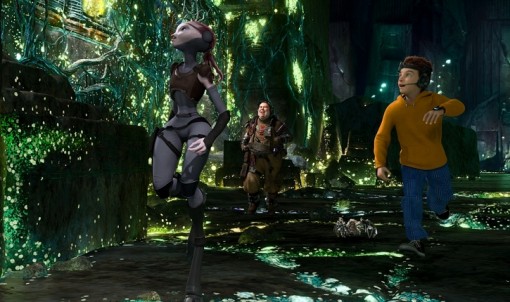 You can always rely on Maltin to give us his honest take on certain titles.

“I’m a contrary voice on some other movies this year,” he admits. “I think Mars Needs Moms got a bad rap. I’m not a fan of Zemeckis’ motion-capture films, on the whole, but I thought this one was fun. It was aimed at kids, not at tweens, and no one seemed to make that distinction.” Maltin also wasn’t one of the reviewers who jumped on the Rango celebration bandwagon. “I got tired of Rango after 15 or 20 minutes,” he says. “I found it indulgent in terms of story, and pointless in terms of CG detail of genuinely ugly creatures who populated the cast. Not my idea of fun.”

What most observers seem to agree on is that Spielberg’s Tintin is the one movie that nobody can ignore this holiday season. After receiving mostly positive reviews in Europe, this beautifully mounted adaptation of Hergé’s popular comic-book series is ready to captivate American ticket-buyers as well. Maltin says he has even avoided the film’s trailers because he wants to experience of seeing it “cold.” “If it’s the film many people hope it is, it could blow everything else out of the water.” 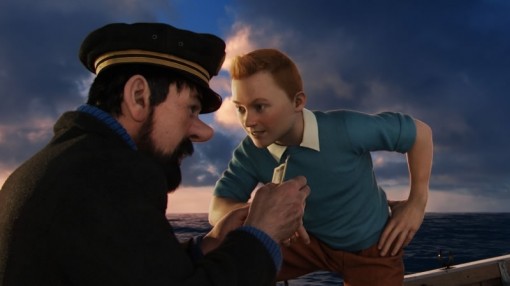 The Adventures of Tintin: Secret of the Unicorn

Pond is on the same page.

“If the branch accepts The Adventures of Tintin as animation, and if it’s as good as the reviews out of Europe suggest, we may have a frontrunner after all.” Maybe, despite what DreamWorks’ toon titan Jeffrey Katzenberg said earlier on this year, the 2011 movies don’t “suck” after all. Maybe we just need to adjust our 3-D glasses.