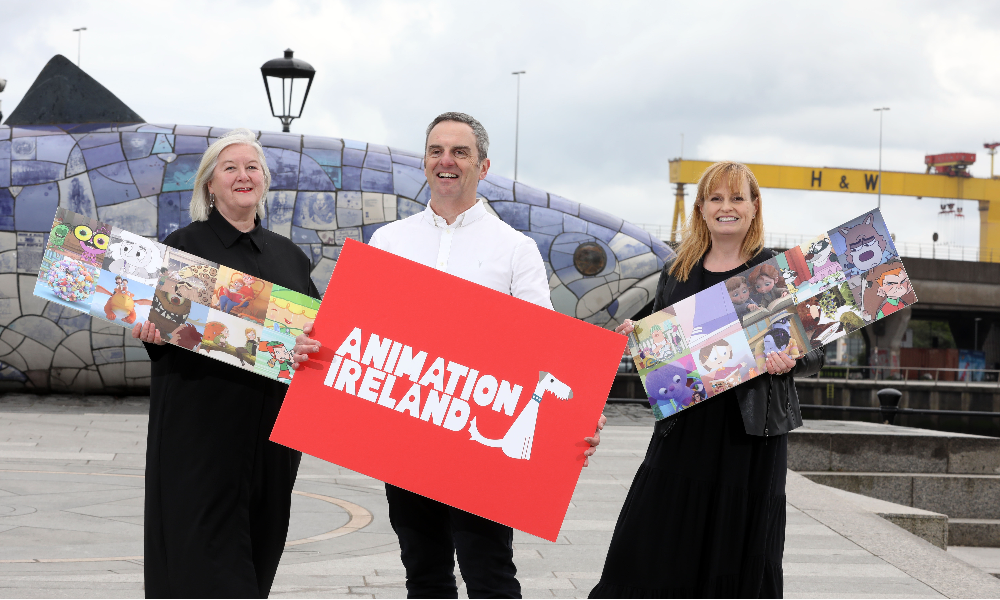 ‘’This is a major milestone for the Irish animation sector on both sides of the border,” said Animation Ireland Chief Executive Ronan McCabe. “There has always been a great spirit of collaboration in the animation sector and that is what this announcement is all about. By working together, we can all help ensure the island of Ireland continues to grow its reputation as a leading international hub for animation production. There are already a huge number of linkages between us in terms of animation, film and TV production so it makes perfect sense to be more formally linked.’’

“Animation UK represents the U.K. sector, known for its creative excellence, humor, iconic characters and innovation,” added Kate O’Connor, Executive Chair of Animation UK. “We are delighted to welcome on board the brilliant animation companies in Northern Ireland. This exciting development and unique partnership between Animation UK, Animation Ireland and Northern Ireland Screen will allow us to deepen our existing relationships.’’

The deal is a big step forward in collaboration between studios in the two jurisdictions, who have been increasingly linked in recent years through joint work on major global productions such as Puffin Rock ,which is co-produced by Derry-based Dog Ears and Kilkenny-based Cartoon Saloon.

The move comes as the animation sector continues to see explosive growth on both sides of the border, with huge increases in productions, staff numbers and funding for animated content.

“We’re really delighted to become members of Animation UK and Animation Ireland. Animation really is a global industry without borders,” commented Colin Williams, Founder & Creative Director of Belfast studio Sixteen South. “We at Sixteen South have co-produced with wonderful partners in many countries across the world and to have had this agreement brokered by Northern Ireland Screen for us as a Northern Irish studio to be recognized by and to have membership of both the U.K. and Irish Animation bodies is wonderful and really fitting. We’re a mix of cultures in Northern Ireland, and this is a great fit for us.”

Under the deal, Northern Ireland studios will participate with Animation Ireland and Animation UK at major international animation, film and TV events and conferences to jointly promote the island of Ireland and the U.K. as well as issues such as attracting new talent into the sector, co-production opportunities and wider international promotion.