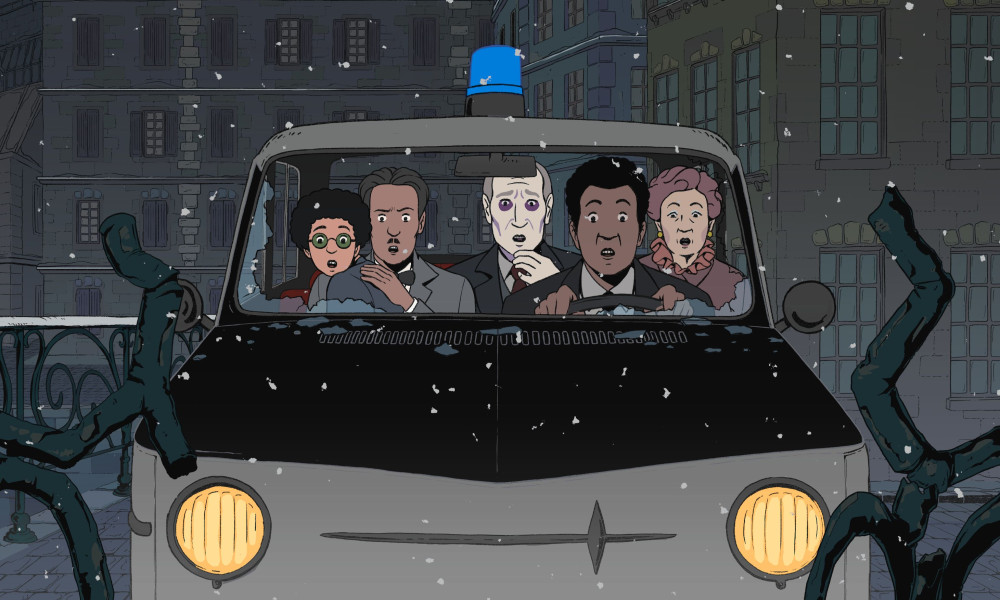 Best known for his meticulously designed and art directed features, director Wes Anderson has managed to have successful parallel careers in both the live-action and animated worlds.

The talented helmer of beloved stop-motion movies Fantastic Mr. Fox and Isle of Dogs returns to the big screen again this fall with a live-action ditty titled The French Dispatch. 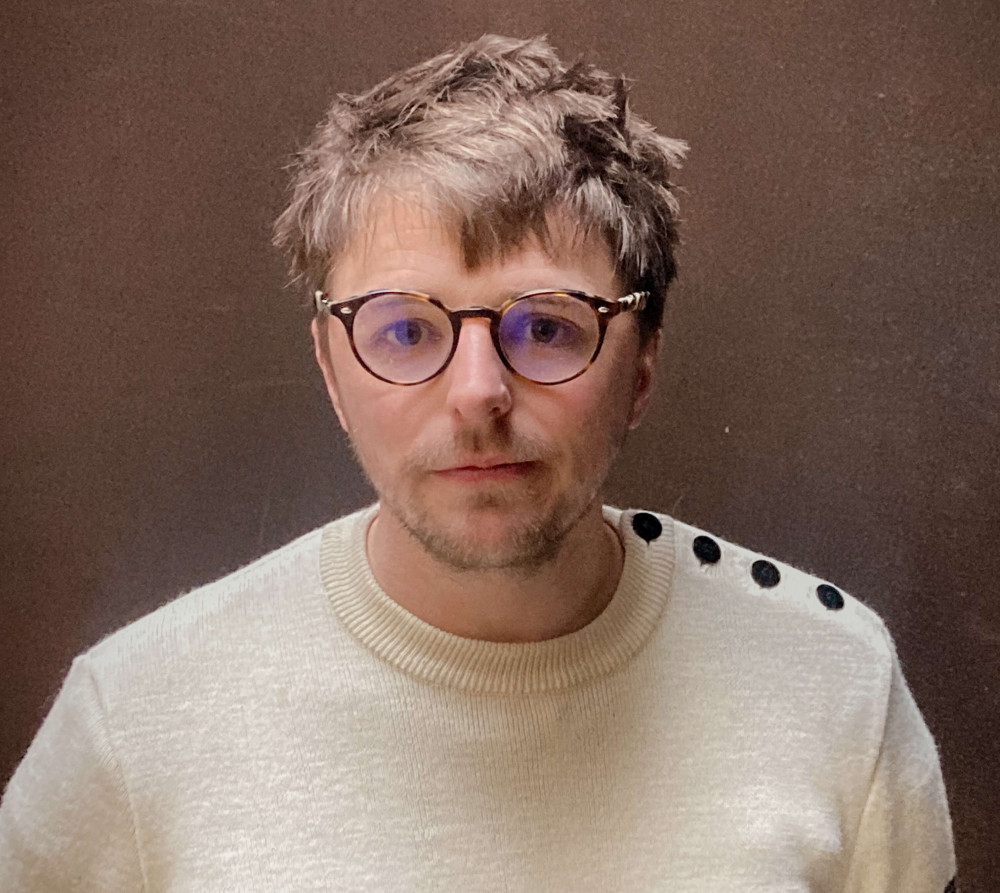 These animated segments are directed by Gwenn Germain, a talented artist who made a big splash in 2015 with his Creapole student short Celles et Ceux des Cimes et Cieux (Girls and Guys from Summits and Skies) — a memorable homage to Hayao Miyazaki, Syd Mead and Moebius. Germain, who also worked on the 2D sequences in Isle of Dogs and did some concept work for the VR experience Doctor Who: The Runaway (2015), began work on The French Dispatch in the summer of 2019.

“The whole process of animation took about seven months,” he tells us. “Two months of pre-production work and five months of full production. All throughout the movie there are many short comic-style static sequences that tell the story. So, it made sense to have an animated sequence, as if we were inside the comic.” 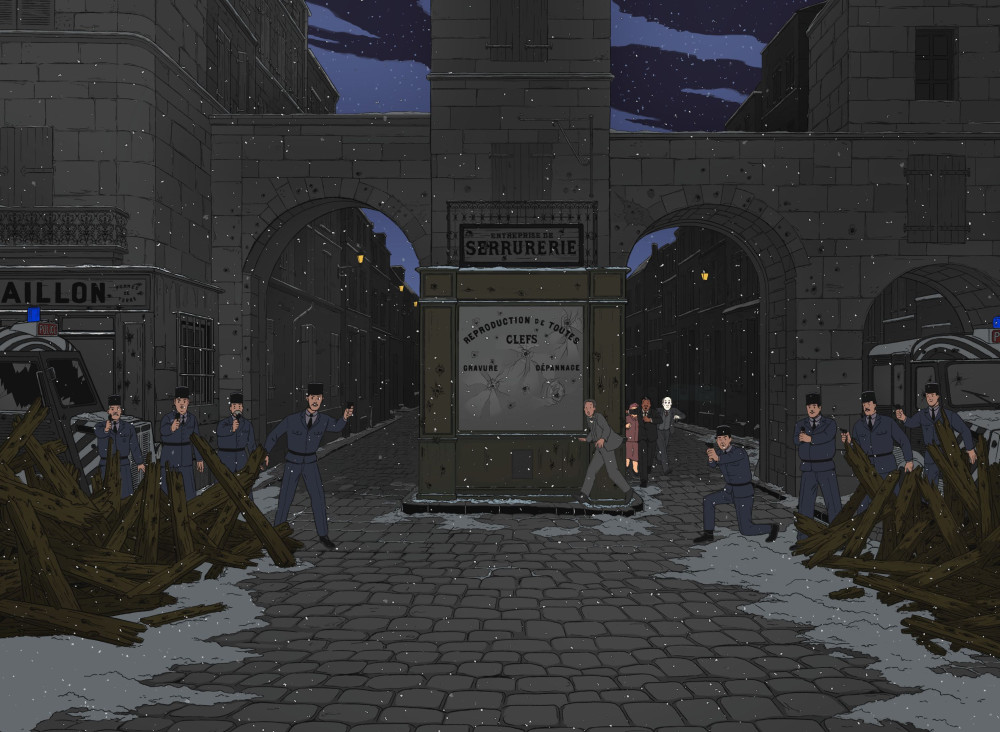 Germain says the animation was produced in Angoulême, which is where the live-action shoot also took place. “The animation team comprised a maximum of 15 people,” he notes. “We used a variety of software: TVPaint for animation, Fusion for compositing and Blender for a 3D object (the car) — these days in 2D animation, when there is an object that has to remain consistent, we use 3D software.”

The animation director says the main inspirations for the piece were two classic Belgian comics, Tintin and Blake & Mortimer. “The animated sequence had to have a singular look, but with light references to these popular comics,” he notes. “But the challenge was to adapt and mix the two different references. We also had to produce simple visuals which were dense at the same time.” 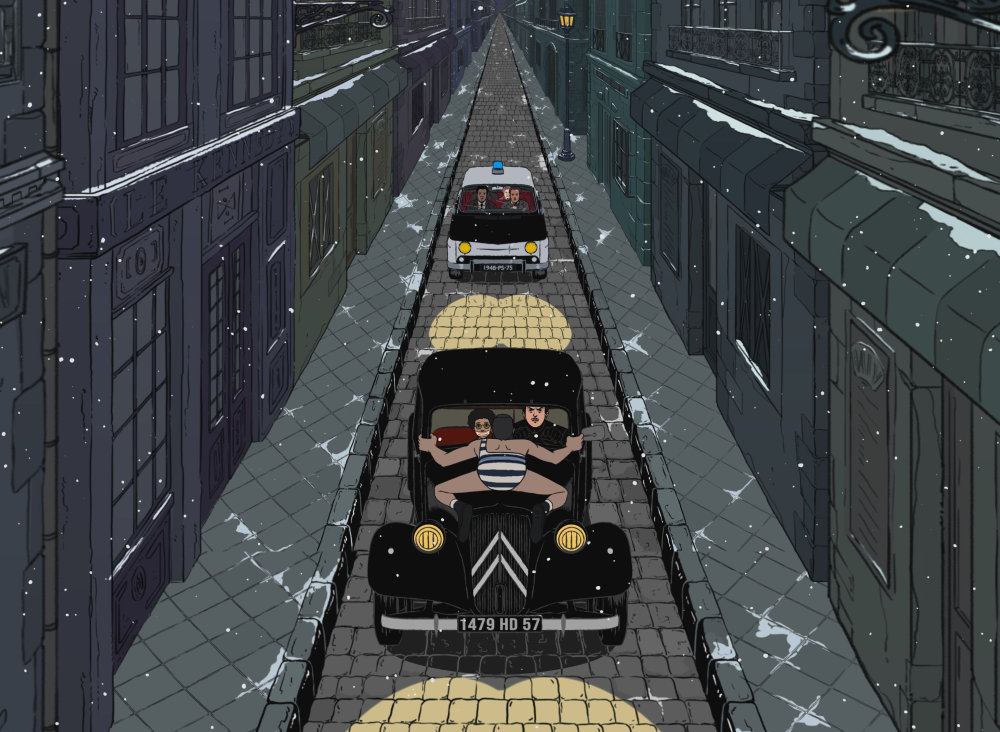 Finding the right balance between those different elements was not always easy. “We have a lot of details in the backgrounds, which is not usual in these comics,” he notes. “And of course, another challenge was to adapt all the characters (meaning all the actors) into drawings. It’s always complicated because everyone has a different perception of people. I also had a personal challenge: Wes wanted to talk to only one person, and that was me. All the constraints (studio and production) had to pass by me, and that was complex!”

The scene’s terrific sense of humor was a huge draw for the helmer. “There is almost an absurd side in this sequence that I found quite funny, even though the topic of this scene in the movie is not especially fun,” he notes. “Also, I loved the whole work of research and development to find this European/Belgian comic aesthetic.” 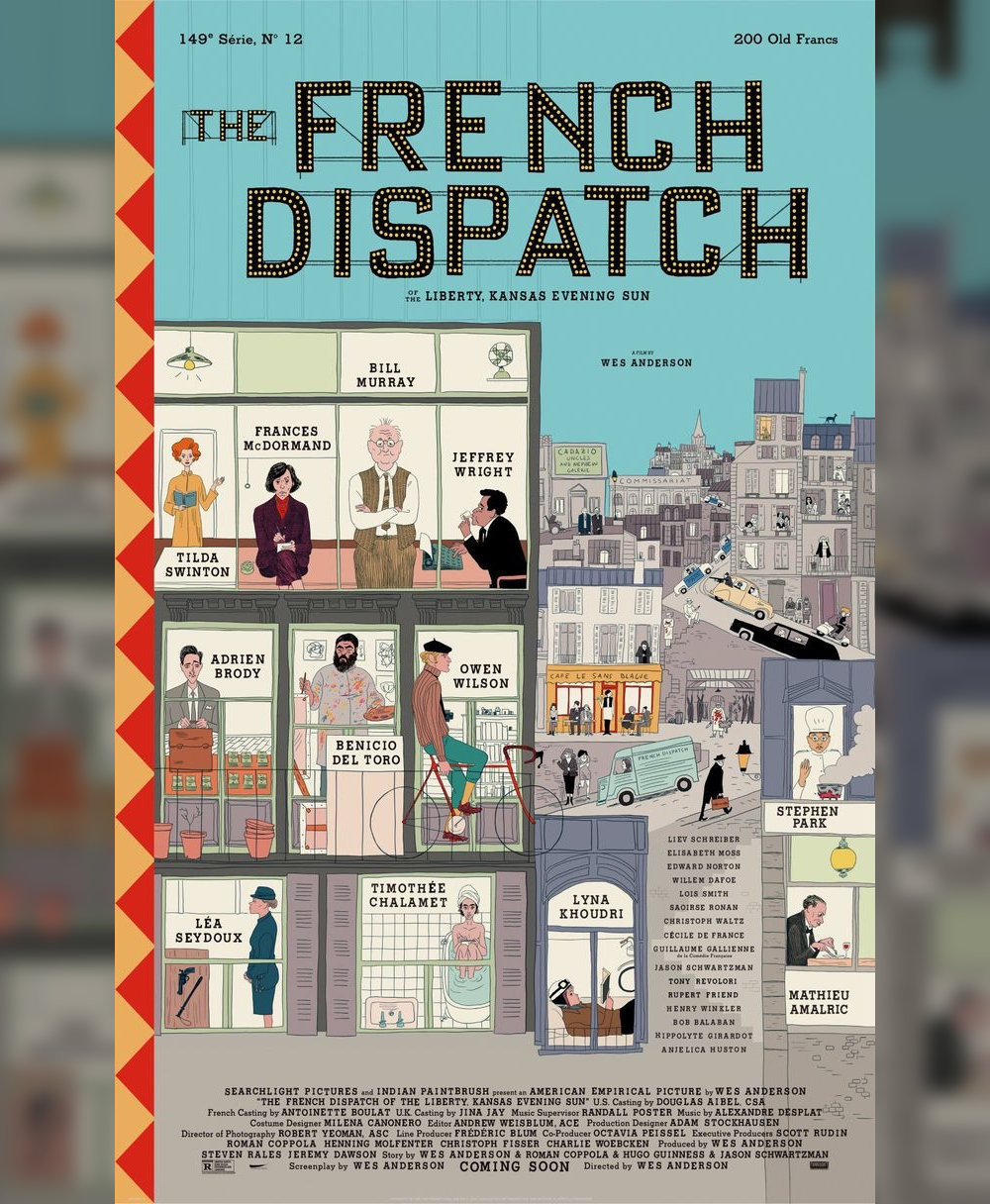 Of course, working with someone like Anderson is a very special experience. “He is quite impressive, because his instinct always takes on a logic. It always happens to work so well at the end!” Germain explains. “All of his choices are guided by his instinct. He can truly express himself. Everything is surprising and unexpected. You don’t necessarily get the idea at first, but once it’s done, you’re impressed!”

According to Germain, what sets Anderson apart from other live-action directors is the fact that he constructs his scenes the way animation helmers work in their medium. He notes,  “He has precise storyboards: he draws the backgrounds, and the actors are directed just like animated characters! And this is why his stop-motion movies work so well. In animation, you also need a lot of preparation before you switch to production. You cannot shoot again and again. Wes also does that. He has a big preproduction stage, and there is no room for improvisation during the shooting.”