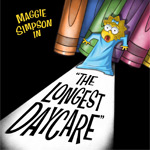 Last summer, family audiences settling down in theaters to enjoy Fox/Blue Sky’s 3-D CG blockbuster Ice Age: Continental Drift got an extra treat to enjoy with their $12 popcorn: the first-ever Simpsons theatrical short, The Longest Daycare, which starred Maggie Simpson in a four-minute stereoscopic adventure inside the Ayn Rand School for Tots. The dialog-free short follows Maggie on a madcap dash through the daycare trying to save a lovely blue butterfly from the malicious hammer-wielding fist of her be-unibrowed nemesis Baby Gerald. The short’s enthusiastic reception earned it a spot on the coveted Best Animated Short Oscar nomination list this month (January 10).

“What I like about the short is that not only is it funny, which we hoped it would be, but it also takes you on a rollercoaster ride of emotions. You feel all the emotions that Maggie feels, and it’s really fun to watch it with an audience,” says Simpsons creator Matt Groening, who produced the short with James L. Brooks, Al Jean, Richard Sakai and Richard Raynis. “We do a TV show and go home and watch it with our families, and it’s a completely different experience. It’s really gratifying to watch something you’ve worked on with a big audience in a theater. There’s nothing quite like the sound of actual humans laughing at your work.” 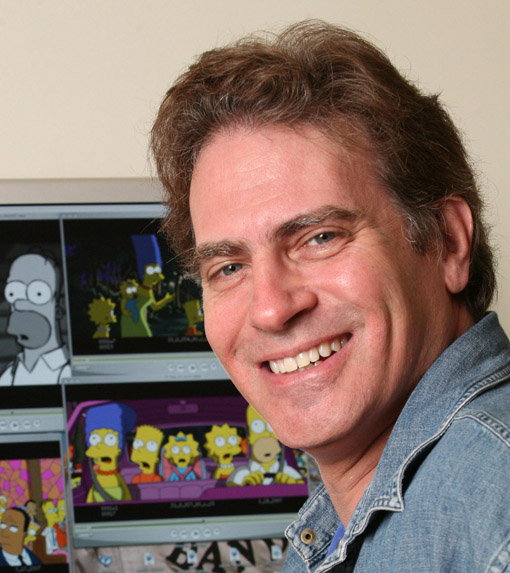 According to the short’s director David Silverman, who has worked on The Simpsons since 1987, the crew started playing with the idea of doing a theatrical short back in 2011, but it wasn’t until a few months before Ice Age 4 was set to premiere that the production got underway in earnest.

“We did a version and presented an animatic halfway through June of 2011 … then we kind of stopped working on it,” the director recalls. “Then we got together the same group [in March 2012] and hashed new ideas—they kind of looked at me and said, ‘You got all that? When can you do a board?’ I was like, what!? I told them eight weeks … they said, how about eight days?”

Luckily, Silverman says he was able to use about half the material they had come up with the previous year. With the help of artists Brad Ableson, Erick Tran and Ben Lane, the boards and animatic were completed and approved by the producers. Production began in earnest at the end of March with a relatively small team (Silverman himself got to get back to his animator roots and tackle two scenes for the film) culled from the show crew at Film Roman, who remarkably wrapped the whole film right on time after just under 10 weeks of production. 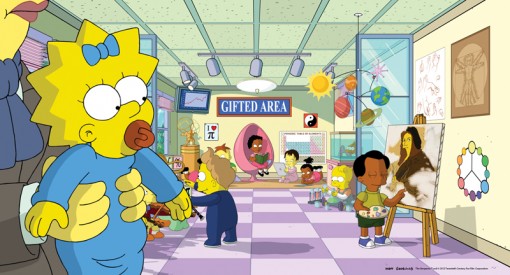 Adding to the challenges of a rapidly approaching delivery date was the fact that the short would be in stereoscopic 3-D—something the team had never tackled, outside of some work with the early material during the ramp up. Silverman notes that while it was always the plan to do the film in 3-D, it was a background consideration while boarding out the film.

“I was thinking of scenes that would be kind of cool in 3-D, but it wasn’t a mantra,” he explains. “I was conscious of the pitfalls of 3-D; how fast you can cut. I like 3-D films where the director treats the screen as kind of a proscenium stage and it’s like looking into a window … I’ve seen some films where things are unnecessarily bulging out of the side of the frame—I’m like, what’s that about? It competes with my eye!”

A core team of about three stereographers, lead by Eric Kurland, and a few compositors developed an efficient strategy where stereo levels were picked out during clean up and if necessary additional levels were separated in compositing. The break-neck pace meant that the artists were completing and sending out eight to 10 layouts to their service studio in Korea every day, which were returned on a two-week cycle to be tackled by the in-house stereo team. Silverman says the most challenging scene was actually the first sequence, which opens on a landscape and then tracks Marge’s car along the road before the camera pulls off. 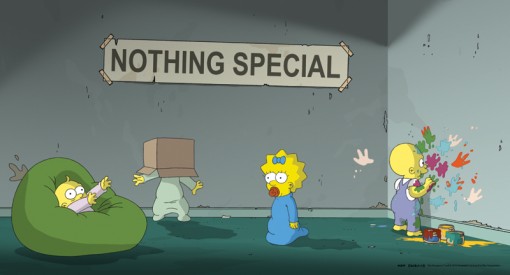 “It’s basically three different shots in one scene, and in 3-D we had to be very careful because the depth of field was different for every section.”

Despite these pressures, Silverman says he had a great time on this short film experiment.

“It was a fun idea to do something focusing on Maggie, who doesn’t often take center stage,” says the series alumnus, adding that it was also a practical (and time-saving) choice that allowed them to avoid dialog and recording sessions, and focus on physicality. “My thought was really that Maggie is Buster Keaton, Maggie is Charlie Chaplin—I wanted it to be as visual as possible.”

While Silverman and his team are amazed and excited by the chance at an Oscar, he’s more focused on his consultant producer duties for the show and May’s season 24 finale episode he’s directing than the possibility of walking the red carpet. All in all he says that while it was a lot of work, the short gave him a chance to do something new and exciting with a great team of old chums: “It wasn’t easy, but it was enjoyable!” he says with a chuckle.

“We’ve had such a great reaction to this short that we might do it again,” says Groening when asked if there are more shorts in the works. “On The Simpsons, we’ve been doing some interesting things lately. Last year we had John Kricfalusi do a bit of animation for us, and Bill Plympton also did the couch opener for the show. We have some more fun surprises coming up, featuring some of the top figures in the world of animation and films. If you think we’ve done everything that we could possibly do on the show, you’ll be surprised. We have a few more tricks up our sleeves.”

Fox released Gracie Films/Film Roman’s The Longest Daycare with Ice Age 4 in 2012. It is shortlisted for the Best Animated Short Oscar nominations (which will be announced January 10). The Simpsons airs Sundays at 8 p.m./7 CST on Fox. 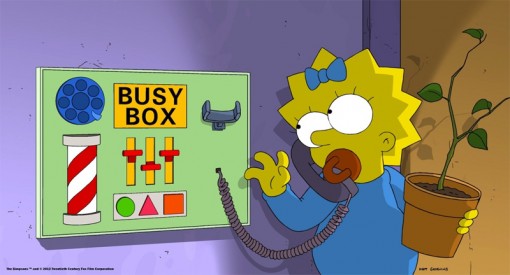