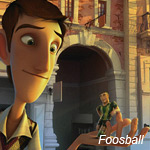 Argentina’s Foosball has scored! Juan Jose Campanella’s much-anticipated, 3D-animated feature set an all-time record in attendance numbers with 104,000 tickets sold on its first day of release (Friday), according to Ultracine. The $20 million-budgeted feature, is billed as Latin America’s biggest animated picture to date and is Campanella’s follow-up to The Secret in Their Eyes, the foreign-language Oscar-winning live-action drama from 2009.

The Argentine-Spanish co-production (100 Bares, 369 Productions, Antena 3 Films, Catmandu), which is known as Metegol in Spanish-speaking countries, was facing tough competition from DreamWorks’ Turbo, which sold 44,000 tickets on its first day, as well as Despicable Me 2 and Monsters University. Argentina has only 900 screens nationwide, with a smaller ratio of digital 3D theaters.

In the movie, a small town boy named Amadeo is aided by a team of magical Foosball figures to win a match against a bullying international soccer star player called Grosso.

“It’s the first film of this size to be made without a U.S. studio investment, so it’s going to be interesting to see what happens with it,” said Campanella at the film’s press conference “In terms of technology and humanity, we’re in an international level, although we might need some larger render capability, like for scenes featuring great masses of water, which luckily the story didn’t ask for.”

Foosball is distributed by United Intl. Pictures in Argentina, 260 Pictures in the U.K. and Film Factory Entertainment worldwide. Here’s the movie’s trailer: 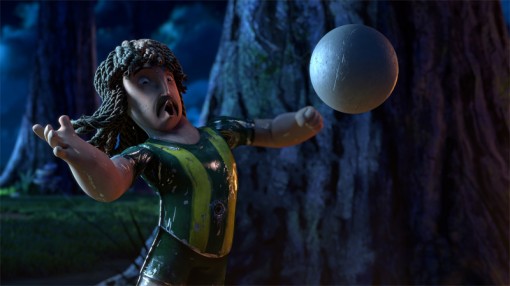