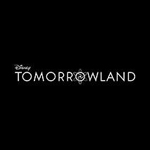 Disney’s Tomorrowland doesn’t hit theaters until May 22, but a terrific 2D animated sequence cut from the film has found new life online as promo clips for the movie.

The clips are reportedly designed and animated by Teddy Newton, Dan Jeup and Andrew Jimenez and pay tribute to the style of vintage Disney educational films. They also explain a lot of the backstory for the film, namely the origin of Tomorrowland itself.

The clips are in two parts. Check them out:

Tomorrowland is directed by Brad Bird and stars George Clooney and Britt Robertson.

Origins of Plus Ultra: A New Tomorrow