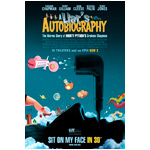 This fall, Monty Python fans are eagerly awaiting the arrival of a very unusual, animated feature about the late Python player Graham Chapman in select theaters. Featuring animation from 14 different animators in 17 different styles, A Liar’s Autobiography is based on the life and times of Chapman and uses recordings he made for his book in 1982. It also reunites members of the sketch troupe Monty Python (John Cleese, Eric Idle, Terry Jones, Michael Palin and Terry Gilliam). A for Animation, ArthurCox, Beakus, Cake, Made Visual Studio, Mr & Mrs, Not To Scale, Peepshow, Sherbet, Steven Lall, Superfad, Treat Studios, Trunk and Tundra are the animation studios that contributed to the film.

Following its premiere at the Toronto International Film Festival this month, A Liar’s Autobiography – The Untrue Story of Monty Python’s Graham Chapman will air on EPIX and in select U.S. theaters in 3D on Friday, November 2, 2012, and theatrically in the U.K. in November and Canada. Brainstorm Media is the U.S. theatrical distributor of the film. Trinity is handling U.K. distribution and Entertainment One is handling Canadian distribution. [We had the opportunity to screen this fascinating movie a few weeks ago, and we wholeheartedly recommend it to anyone who’s interested in exploring the wild and artistic possibilities of modern animation. Not only does the highly original film pay a fitting homage to the life and art of Chapman, it also is a great example of how to use animation to tell bold, original stories with adult content.]

Here is the official trailer for the film: 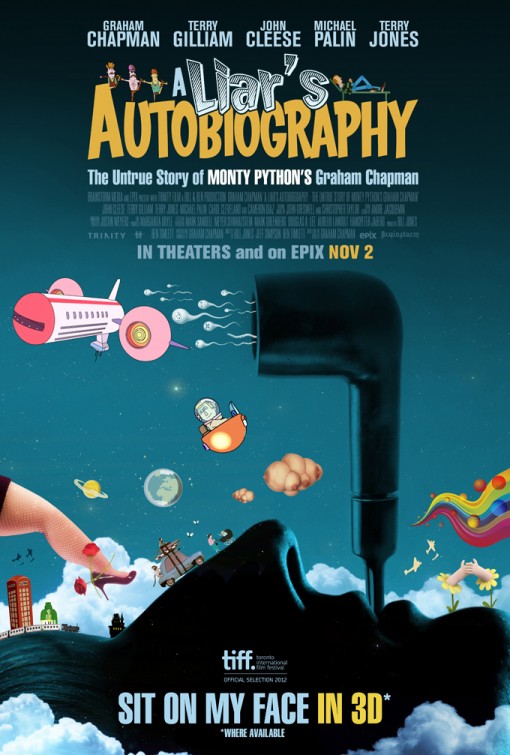