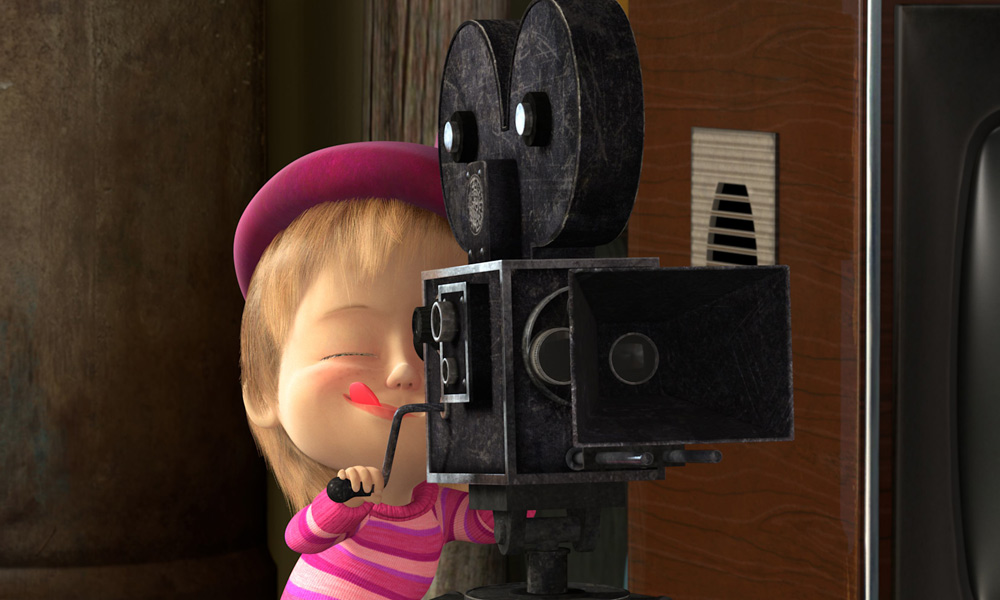 Starting this month, fans can soak up the magic and laughter of hit 3D animated series Masha and the Bear on the big screen, with a program of cinema releases announced across multiple partner territories.

AF Media GmbH will bring a selection of episodes from season 3 to cinemas in Germany, Austria and German-Speaking Switzerland during the period of April 4 to May 20 this year. In Germany, more than 100 screens that represent such cinema chains as Cineplex, Kinoplex, Kinopolis, Cinemax, Multiplex and Luxo will showcase the program. In Austria, over 25 screens at Cineplexx, Apollo-Kino, Lugner Kino and Hollywood Megaplex locations will feature the cartoon. And in Switzerland, screening engagements will be handled by Star Cine.

Spacetoon International FZ LLC will distribute selected episodes of Masha and the Bear season 3 to cinemas across MENA countries. It will be shown from April 11 to May 30 in local cinema chains such as Real Cinemas, Novo, Vox, Cinescape, Grand Cinemas, City Cinema and Cineco.

The Netherlands will celebrate an official cinema release date of April 10, showcasing selected episodes from season 3. With a number of supporting events planned to promote the screenings during April, awareness of Masha and the Bear will be at its peak across this key holiday season. A series of character costume Meet & Greet initiatives will be put in place to immerse visitors in the world of Masha and the Bear, including April 3 at Pathe de Kuip in Rotterdam and April 10 at VUE cinema with tickets already on sale.

The theatrical engagement follows Animaccord’s recent announcement of new licensing agents for Masha and the Bear across multiple territories.

Leading agency Lisans A.Ş. will build the licensing program for Masha and the Bear in Turkey that will include work on deals for licensed consumer products as well as management of promotional and advertising projects. Having been successfully operating in the licensing market over 17 years, Lisans exclusively represents such global market leaders in the entertainment industry as Warner Bros., Cartoon Network, Sony Pictures, Rovio Entertainment, IMPS, Turnowsky, Coca Cola and more.

Animaccord also announces partnerships with Nordic licensing and publishing agency FERLY to develop the brand across the Nordics; Lisle Licensing, a U.K. licensing group, which has extensive contacts with many Europe’s leading retail groups and category knowledge in multiple territories; ELC in Eastern Europe (except Poland, where Animaccord handles a direct business operation through locally based Licensing Management); Maurizio Distefano Licensing for Italy and Canton Ticino — MDL debuted the brand in Italy in 2014.