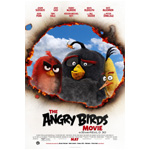 CG action-comedy The Angry Birds Movie from Rovio Animation and Columbia Pictures (with animation by Sony Pictures Imageworks in Vancouver) is off to a strong start at the worldwide box office, taking the No. 1 position for its North American opening weekend with $39 million across nearly 4,000 theaters and a $94 million worldwide total. The film began its global rollout May 11 and has so far taken in about $150 million total.

The Angry Birds Movie is directed by Sony animation alum Fergal Reilly and Disney vet Clay Kaytis, from a script by Jon Vitti. Inspired by the smash-hit mobile game, the film explores what made the flock so angry in the first place! When their avian island is invaded by strange green pigs, it’s up to unlikely heroes Red (Jason Sudeikis), Chuck (Josh Gad) and Bomb (Danny McBride) to figure out what the swine are up to and rally their bird brethren.

Marvel’s Captain America: Civil War dropped to second place this weekend, taking in $33.1 million domestically and $30.7 million internationally — the film has surpassed $1 billion worldwide. Disney’s The Jungle Book came in at fifth place with an added $11 million domestic and $7.4 million overseas for new totals of $327.5m and $530.2m for the Jon Favreau flick. Also in the top five were Neighbors 2: Sorority Rising ($21.8m domestic) and The Nice Guys ($11.3m). 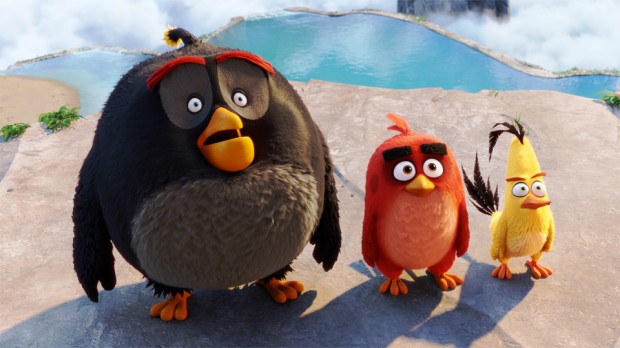