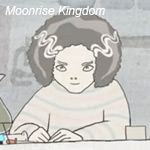 It’s no secret that indie auteur director Wes Anderson has a huge affinity for animation. After all, he was the man behind the charming 2010 Oscar-nominated stop-motion pic The Fantastic Mr. Fox. Now that his early summer release Moonrise Kingdom has received excellent reviews and solid box office numbers, Anderson is offering up a short animated project that ties in with some of the characters and themes of his movie.

In the pic, 12-year-old Suzy (Kara Hayward) takes six fictitious stolen library storybooks—Shelly And The Secret Universe, The Francine Odysseys, The Girl From Jupiter, Disappearance of the 6th Grade, The Light of Seven Matchsticks and The Return of Auntie Lorraine—with her as she embarks on an adventure with her paramour. Anderson commissioned six artists to create the books’ whimsical jacket covers, but the director tells ew.com that he wanted to do even more with the idea.

“At one point in the process, when she’s reading these passages from these books, I’d thought about going into animation,” he says. 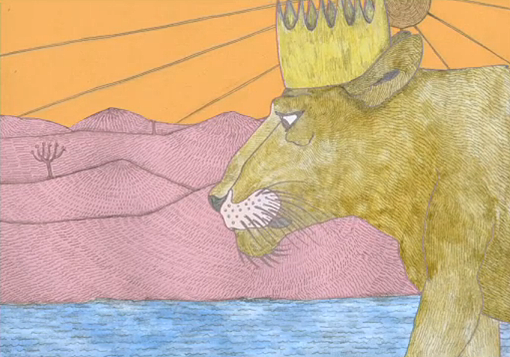 In April, the filmmaker decided to animate all six books anyway, as a supplementary treat to the film itself.

“I wrote passages for the other books that didn’t have any text [read aloud in the film], and we animated that too,” he says. “So we now have this piece where our narrator, Bob Balaban’s character, takes us through these little sections of each of these books.”

To pull off the animated shorts in just six scant weeks, Moonrise Kingdom and Fantastic Mr. Fox producer Jeremy Dawson paired each of the cover jacket artists with professional animators. 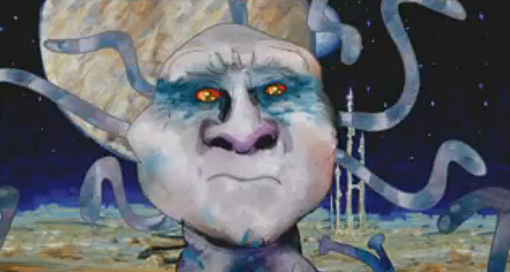 “We got the artist to do key drawings, and then someone else had to take those key drawings and animate them,” he says. “One of these guys I believe was in Sweden, one in Paris, and one in L.A. They were all over the world and we did it all by Internet. For instance, the one with the hydrogoblin, The Girl From Jupiter — that artist does his work in oil painting, so someone had to kind of emulate that oil painting look in the animation.”

After the cover jacket artists turned in their key illustrations, the animators finished their work in only two weeks.

“I think we all just pitched in and we pulled a lot of favors because it was not like we spent a ton of money doing it,” says Dawson. “People got excited about it because it was a creative thing rather than if they were making a Snickers ad or something.” 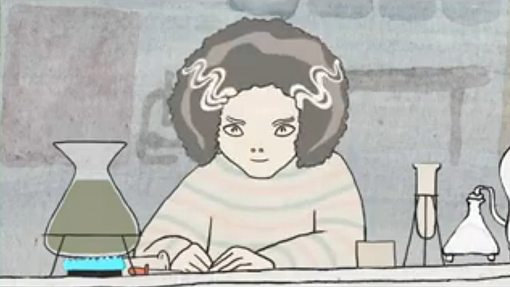 You can check out the animated short here:

You may also like...
Related Topics:Bob Balaban, Disappearance of the 6th Grade, Jeremy Dawson, Kara Hayward, Moonrise Kingdom, Shelly And The Secret Universe, The Fantastic Mr. Fox, The Francine Odysseys, The Girl From Jupiter, The Light of Seven Matchsticks, The Return of Auntie Lorraine, Wes Anderson