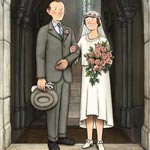 Lupus Films has announced that its award-winning, hand-drawn feature Ethel & Ernest will receive its Oscar-qualifying US theatrical debut this Friday, Dec. 15. The heartfelt graphic novel adaptation will run at the Nuart Landmark Theatre in Santa Monica, CA through Dec. 21. Read on for Karen Yossman’s feature story, which ran in the January issue of Animag.

There can be few more daunting tasks for a director than portraying the intimacy of a real-life, 40-year marriage as a feature-length 2D animation — especially when the sole product of that marriage is not only an executive producer on the project but also the author of the book on which the film is based.

But that was precisely the challenge veteran animator Roger Mainwood found himself facing when, almost a decade ago, he agreed to direct an adaptation of the biographical graphic novel Ethel & Ernest, written by beloved British writer and illustrator Raymond Briggs about his parents. The book, which was published in 1998, almost 30 years after their deaths, tells the true and, in the best possible way, unremarkable story of an ordinary British couple, Ethel and Ernest — Briggs’ mother and father — as they meet, fall in love and grow old together over the course of four decades. It’s effectively a feature-length version of the opening montage from Disney-Pixar’s Up, except based on a real story.

“It was a huge responsibility because it’s about Raymond’s parents,” says Mainwood, who has previously worked on other Briggs-authored animations, including When the Wind Blows and The Snowman and the Snowdog. “It’s very personal, and for many years he wouldn’t allow us to do it. But we gained his trust and we worked on other films of his over the years.”

The unusually delicate nature of the project, which ends with the deaths of both Ethel and Ernest (voiced by Brenda Blethyn and Jim Broadbent) within a year of each other, was brought home to the cast and crew when Raymond, now 82, broke down in tears while sitting in on one of the first voice-recording sessions.

“He said it felt a bit like his mum and dad were back in the room with him again,” says co-producer Camilla Deakin. As such, Mainwood and his team, who were based at Lupus Films’ London offices but also worked alongside animation studios in Luxembourg and Wales, made the decision to keep certain scenes, such as Ethel’s death, in-house “because they were so sensitive and because they had to be absolutely correct.”

But the biographical aspect wasn’t the only challenge. “When we started this film we thought, Ethel and Ernest, oh that’s good, just two characters,” Mainwood says wryly as he flicks through a lever-arch file featuring 613 character designs of the two protagonists and their son maturing over the course of 40 years. “Of course, they age and they have different clothing and all that. And there are actually quite a lot of incidental characters as well.”

Aging the characters was especially difficult in light of the chosen animation style, which was simultaneously realistic and simple; for example, using dots for eyes and minimal lines on the face. “You had to do it just in things like the chin getting a bit more jutting as they get older as the teeth wore down, or the nose getting a little bit longer, or the neck getting a bit more dipped in the shoulder,” says animation director Peter Dodd. “Gradually, they get a little bit smaller and a little bit more pinched.”

The crew also was conscious of preserving the book’s unintended application as a historical record, since it documents the lives of an ordinary family during one of the most turbulent and progressive epochs in human history, including World War II, the atom bomb, and the sexual liberation of the 1960s. “I think it’s fascinating to follow the lives of a couple who were born when horses were on the streets of London — they were born at a time when there were no airplanes, no cars — and then they grew up and lived through to the point where they see man landing on the moon,” Deakin says. “I mean, how amazing is that?”

Although unthinkable for the majority of animated features, the crew fact checked almost every detail, from the direction of the propellers on the Spitfires to which number bus would have taken Ernest and Ethel home after their first date in 1928, while the sound department travelled far and wide recording the noises made by real Spitfires, old buses and even the spokes on a 1930s bike to ensure authenticity.

For some of the younger animators, the very making of the film became an education in history. “Young people, I realized, they haven’t seen a lot of things like old box granny cameras,” says Mainwood. “One bloke was drawing it and he asked ‘What is this I’m drawing?’ Because he was so used to the camera on his phone. And there was a young chap, a 21-year old, who’d never used a dial phone before.”

All of which made something as enduring as Ethel & Ernest the ideal story to tell via what is now, perhaps, considered the more antiquated medium of hand-drawn animation.

“I think it’s very interesting, especially considering how fast technology has moved in the last couple of decades,” says Deakin. “Hand-drawn animation has a much longer shelf life because it’s essentially the same style as the Disney movies of the 1940s. People can watch it forever and it’s timeless.”

Visit landmarktheaters.com for more information and to order tickets.

This story originally ran in the January ‘17 issue of Animation Magazine (No. 266) 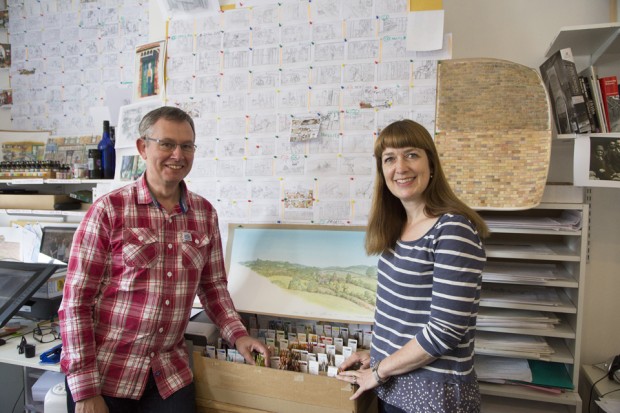 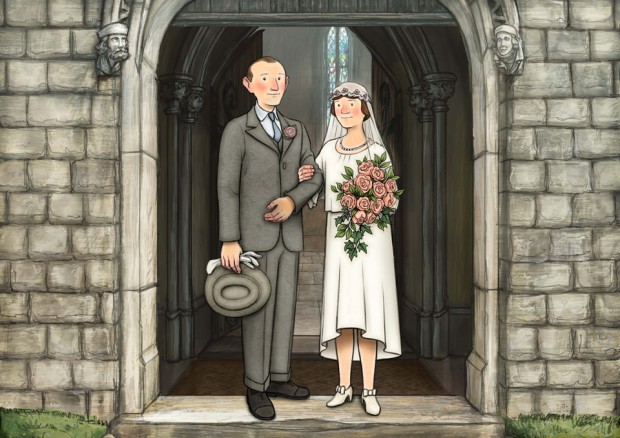 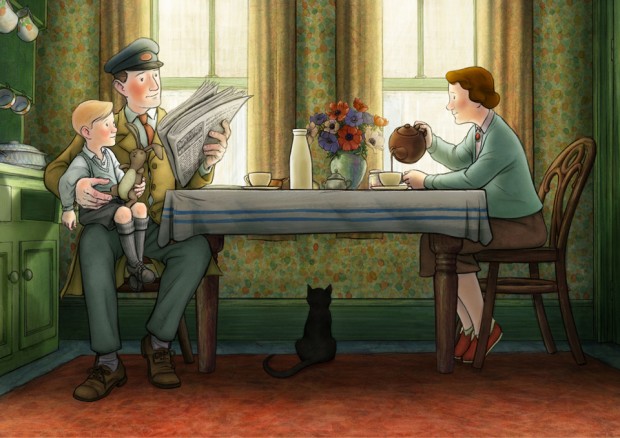