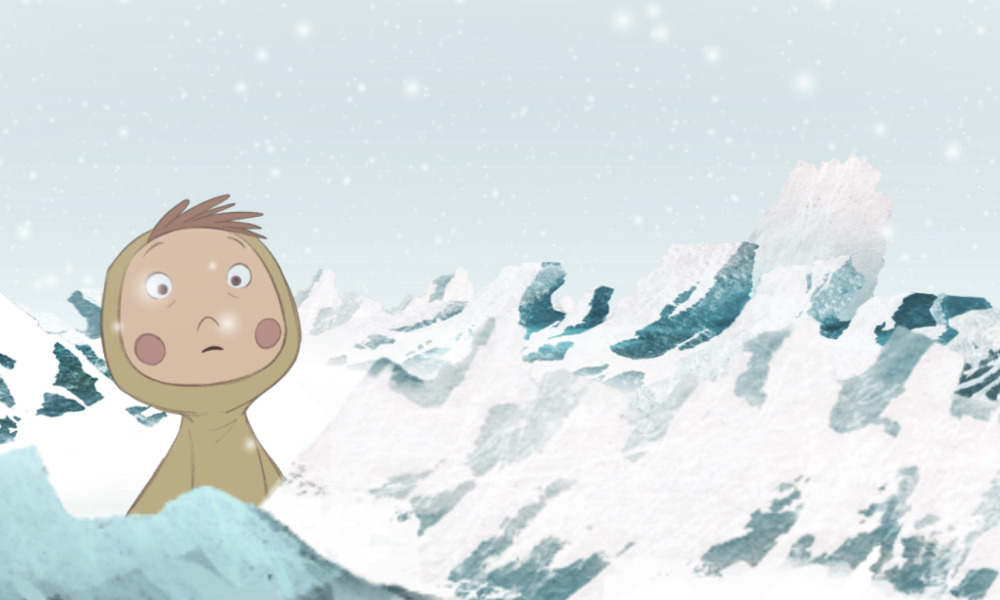 Barry O’Donoghue, the director and producer of the new 2D-animated feature Little Caribou, recalls how he and his sister were interested in the natural world from an early age. “When we were growing up in the countryside she would often rescue birds, and later worked a little in wildlife rescue while studying zoology,” says the Dublin-based animation veteran. “She then went on to become a doctor and now helps humans, too. It was this combination of concern for and interest in the natural world that formed the seed of the story for our film.”

O’Donoghue’s charming movie, which will be premiering at this year’s Cartoon Movie event in France, tells an environmentally themed story about a young Inuit sister and brother living inside the Arctic Circle who discover some very unusual creatures one day. “I wanted to explore that change in sibling relationships over time where they can progress from simply being competitive as kids to something else as adults — in my case, being in absolute awe of her as a human being … In our story, the boy’s sister goes from being a bit of a nuisance to him at the start to a genuine hero for him in the course of a couple of days, transforming their relationship for the better, forever.”

The filmmaker began developing the story back in 2005. He visited the city of Tromsø inside the Arctic Circle in Norway in early 2006, which gave him first-hand experience of the landscape, the weather, husky dog sledding and the aurora borealis. It took another 10 years or so to put the financing together to actually make the movie.

“The collaborative process has been the best part of the experience,” he tells us. “As much as one can improvise on an animated feature, that is what we did — especially in relation to the art direction (mostly by Ciaran Duffy) and character performances. Most characters had a single animator, and the idea was to empower them to own the character and performance within the loose guidelines of the story. Seeing them add things to the designs or performances that I would never have thought of in a million years was always a thrill. The same thing applied to collaborating with Cathy Davey on the original music and our two young vocal talents Emthe Skandfer Solskinnsbakk and Erle Solskinnsbakk Skandfer.” 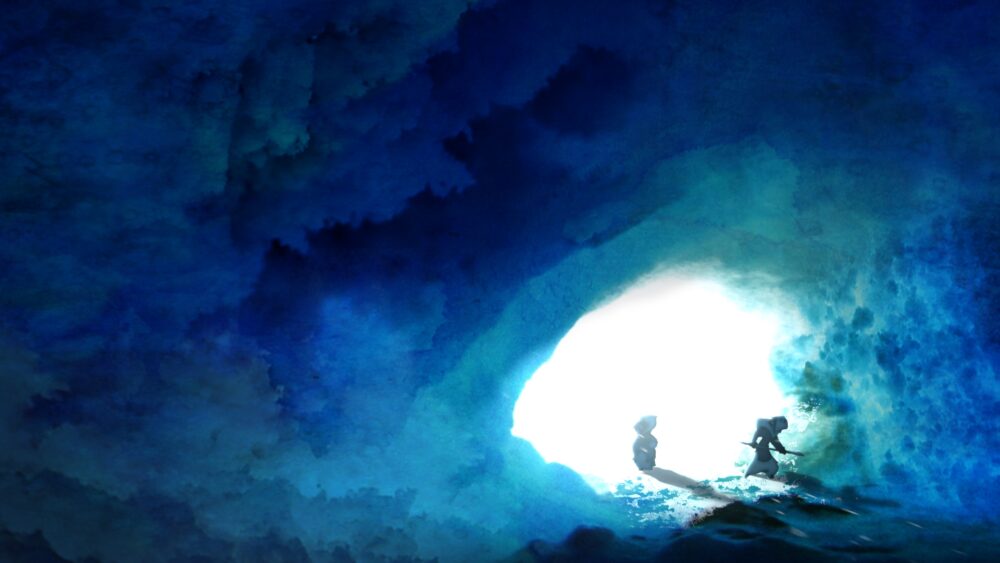 According to O’Donoghue, the natural world was the primary visual inspiration. “Northern Norway in winter was a massive influence in terms of becoming familiar with the weather, landscapes and light conditions, including the aurora borealis, that we wanted to fill the film with,” he says. “We also took a boat trip to a remote island off the Irish coast called Skellig Michael which gave us the sense of isolation and closeness to nature our characters would be feeling in the story. Of course, we also pored over various books about the Arctic as well as dozens of nature documentaries to become more familiar with the location and wildlife for the story.”

The animation was produced over several years starting with teams at the Barley Films studio in Ireland, first in Dublin and later in the small fishing village of Dingle, then in South Korea with a team headed by Mike Nguyen at July Films, in Spain with a team at The Glow Animation Studio and then with freelance animators in Scotland, Madrid and London. The animation was done using TVPaint, Toon Boom and, of course, pencil and paper. “The voices were recorded in Norway with Endre Skandfer from Fabelfjord Studio who was the person who had originally suggested Tromsø as a location to visit when we both met at a children’s film festival in India in 2005,” adds the director. “Overall, there were about 85 people over the course of the whole production with no more than a dozen or so at any one time.” 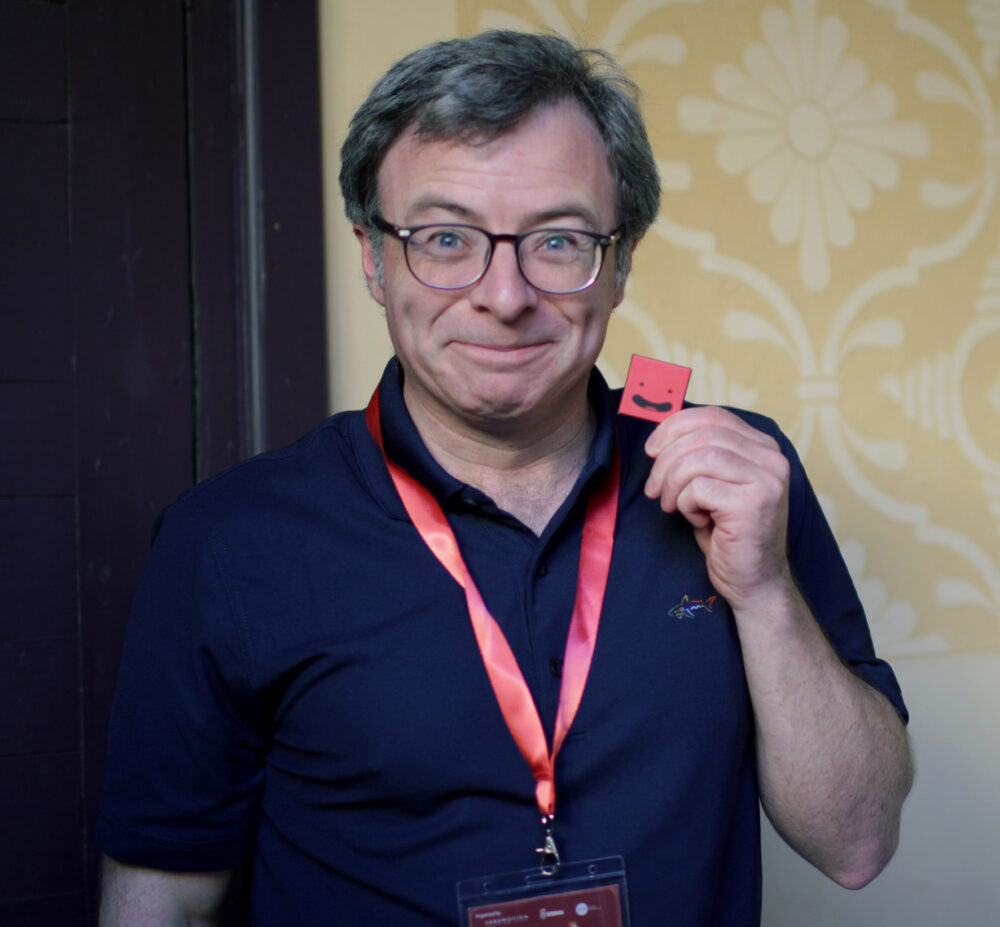 O’Donoghue, who has worked on big studio pictures such as The Iron Giant and Osmosis Jones, says he grew up being inspired by animated TV shows such as Bagpuss and The Clangers, as well as Cosgrove Hall’s Wind in the Willows and Aardman’s early Morph series and Wallace & Gromit shorts. “Later, seeing the work of Joanna Quinn (Girls’ Night Out) and Frédéric Back (The Man Who Planted Trees) was quite a revelation, too,” he notes. “After 24 years in the industry I have been lucky enough to have worked with several people that I have huge respect for, including Richie Baneham (Avatar), Brenda Chapman (Brave), Eric Goldberg (Fantasia 2000), Mike Nguyen (My Little World), Sydney Padua (Agricultural Report) and Fergal Reilly (The Angry Birds). I’m always inspired by their creativity, integrity, honest feedback, teamwork and especially their sense of humor!”