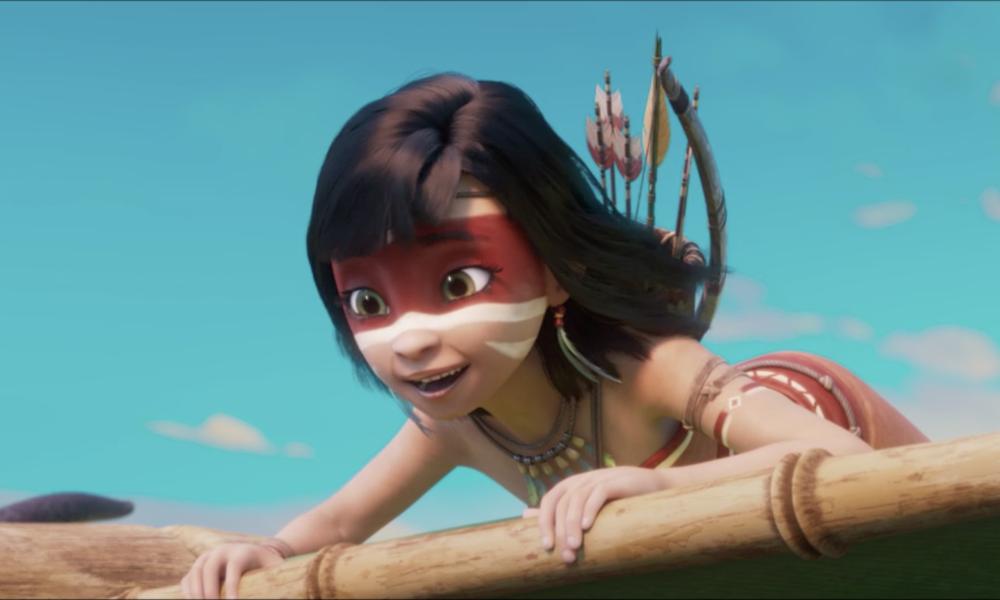 José Zelada, the Peruvian writer, producer and co-director of the upcoming animated feature Ainbo: Spirit of the Amazon grew up in the Amazonian region. He always wanted to make a film that reflected the stories his mother had told him when he was a boy, as well as the current reality of the region’s endangered rainforest.

“Ainbo has an important connection to the Amazon through our roots,” says the Peruvian filmmaker “The beliefs, the way of seeing life, the point of view of people who live in the Amazon are so unique and different. Our universe is created through the coexistence with nature. The talking animals, magical landscapes are from stories told in the Amazon over thousands of years. All these elements help set this film apart from other animated features.”

The movie, which will be presented at this month’s virtual American Film Market, follows the adventures of the titular young girl, who must battle a spirit that embodies the evil of man and threatens her Amazon paradise. Zelada and his co-director Richard Claus decided to make Ainbo an animated feature because they wanted not only to tell a great cinematic story but also send a message about the environment to future generations.

The project was a multi-continental collaboration. Zelada led a team of Peruvian artists to develop the visuals of the film, including characters, landscapes and the look and feel of this special world. Later on, the film was animated in the Netherlands, led by Claus, whose credits include The Little Vampire 2D (2017) and An American Werewolf in Paris (1997).

“I heard about the project from the film’s executive producer, Cinema Management Group’s Edward Noeltner, during a meeting in Paris in 2018,” recalls Claus. “He had seen a presentation of the film at the Ventana Sur market and was so impressed that he agreed to distribute the film internationally and to co-finance it. On the way back from Paris I thought that this would be a film I would also like to be involved with. I asked Edward if I could read the script, he sent it to me, and this is how it all started.”

Claus says he was struck by the project’s important ecological message. “The Amazon is threatened not only by illegal mining but also by ‘legal’ deforestation,” he says. “Together with rising levels of pollution around the world, mainly caused by the wealthiest 10%, it all contributes to climate change and its dangerous effects. Another aspect is the life of the indigenous people in the Amazon, who are fighting against the devastation of their culture and the environment driven by economic interests.” 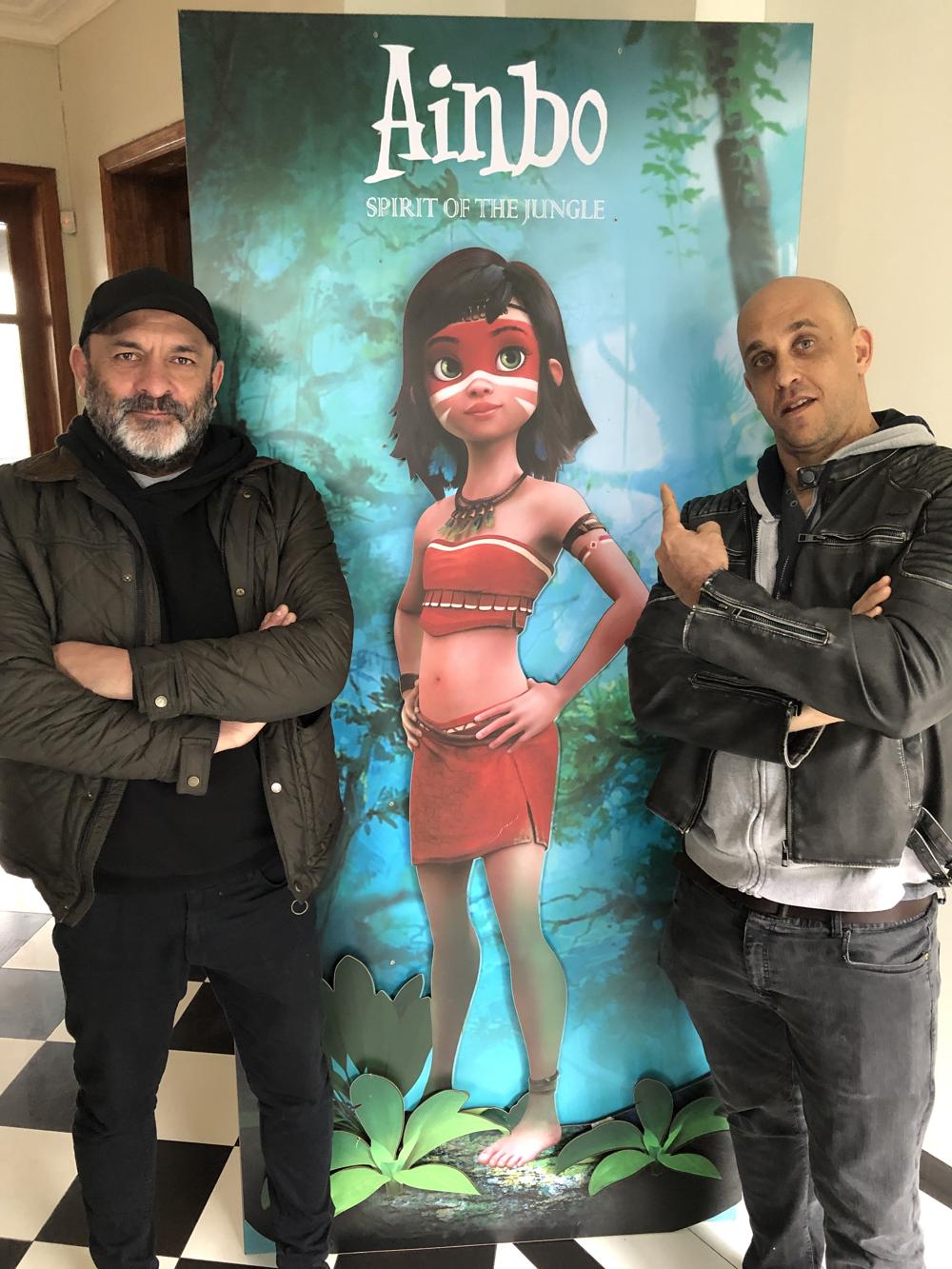 Tales of the Ancestors

Zelada says his mother was one of the main sources of inspiration for the film’s main character. “The characters that surround Ainbo are based in Amazonian mythology,” he explains. “They are spirit guides. Motelo Mama, for example, is an ancient spirit based on a classic legend of the giant mother turtle that carries a big part of the jungle on her shell to hide it from its predators. The Yacuruna is a demon that controls the minds of the natives to take advantage of them and steal the gold. Vaca and Dillo are a tapir and an armadillo that bring comic relief to the film and are also Ainbo’s spirit guides who help her along her journey. They all have an important role in Amazonian mythology. All of these characters, as well as the Amazonian forest, help us create the visual world in the film.”

The film’s animation is being produced at Amsterdam’s Katuni studio, using Autodesk Maya. “Our pipeline technical director Bram Vermaas wrote the software to import all the assets an animator needed for a specific shot, and with another tool the animation was exported to Shotgun, so that the supervisor and director could review the animation,” explains Claus. “In Maya, the animators worked with tools like animBot and the whisKEY animator toolkit. These additional tools helped to speed up the process a lot — for example, it made it easier to pose the characters and to prevent intersections.”

Claus says the film was quite an ambitious project as the visuals, including characters, creatures and backgrounds, were meticulously developed by his Peruvian co-producers. “The storyboard with thousands of panels demonstrated the detailed attention which was given to every single scene by our Peruvian colleagues,” he says. “It was challenging to find a way to stay true to the ambitious intentions given our financial resources and the production constraints. This was a permanent struggle, but the result, the final film, shows that we succeeded.”

The film also proved to be quite an interesting challenge for first-time director Zelada. “It was such a challenge at the beginning because of the different cultures and languages … but as time went by, we started to flow and connect in one main narration,” he notes. “Richard had experience in other films and brought relevant input that accommodated Ainbo well for the main story. Working with him ended up being a great experience.”

As they put the finishing touches on the $10 million-budgeted movie, the directors have high hopes for their labor of love. Says Claus, “With a strong-willed girl from the Amazon as the lead character, its environmental message and its setting in the Amazon, the film stands out from most of the other family entertainment movies. I hope the audiences will be entertained by this very special story.”

Zelada chimes in, “Ainbo gives us the opportunity to show the Amazon in a more honest, authentic and faithful way— from an indigenous viewpoint. I think that because it’s imagined and designed by the ‘sons of the Amazon,’ Ainbo has that unique touch that will make an impact on audiences. Hopefully, it will open a window for the world to see the Amazon in new ways.”

CMG is representing Ainbo: Spirit of the Amazon at the American Film Market. For more info, visit ainbomovie.com.